According to the US Food and Drug Administration (FDA), “Patients included in clinical studies should reflect the population that will receive the drug when it is marketed…. There is no good basis for the exclusion of patients [from participation in clinical trials] on the basis of advanced age alone…. If a drug will be used in conditions where specific concomitant diseases are likely to be present, an attempt should be made to include in the treatment population patients with other diseases” [1]. These principles were highlighted by the FDA in a 1989 guideline for the study of drugs likely to be used in the elderly. Unfortunately, that guideline has largely been a failure, and the profound lack of evidence to guide clinical decision making in the care of older adults presents mounting challenges for US physicians, patients, and families as the nearly 80 million baby boomers age into their geriatric years.

In 1992, Nanette Wenger wrote that “the profile of cardiovascular illness in the United States has shifted to encompass predominantly elderly populations…yet it is precisely in this population that the traditional exclusion, or at best underrepresentation, of elderly persons in clinical trials has generated an information void” [2]. A pattern of exclusion of elderly persons from participation in cardiovascular clinical trials has been apparent since the first large randomized clinical trials were conducted in the 1960s [3-5]. For example, the vast majority of patients with heart failure are older than 65 years of age [6], yet Masoudi and colleagues have described a “voltage drop” in eligibility of older subjects in studies of treatment for heart failure [7]. More than 40 percent of Medicare beneficiaries who survive hospitalization for heart failure would have been deemed ineligible for participation in the landmark studies of left ventricular dysfunction trial and the Metoprolol controlled release/extended release intervention trial in congestive heart failure merely on the basis of age [7].

More recently, Cherubini and colleagues examined data from ongoing heart failure studies in the World Health Organization Clinical Trials Registry.[8] These investigators assessed the proportion of trials that excluded patients according to an arbitrary upper age limit or by criteria that might indirectly limit the participation of older persons. Of 251 trials, more than a quarter excluded patients based on an arbitrary age limit. Overall 109 trials (43 percent) had one or more poorly justified exclusion criteria that could limit the participation of older study subjects. Poorly justified criteria included comorbidity described in a non-specific manner, use of medications that would not impact the study protocol, and visual and hearing impairment that would not lead to safety concerns.

The resulting paucity of relevant clinical evidence worsens a quandary faced by physicians in making clinical decisions in providing care to older patients. Physicians struggle with the dilemma, on the one hand, of using treatments that may not be beneficial and that could cause harm to a patient or, on the other, denying effective treatments to patients at high risk for dying who could benefit from more aggressive management [9]. The ethical principle of beneficence requires that a clinician follow two general rules. The first is to “do no harm” (nonmaleficence), and the second is to “maximize possible benefits and minimize possible harms” [10]. According to Pantilat, “Physicians should not provide ineffective treatments to patients, as these offer risk with no possibility of benefit and thus have a chance of harming patients. In addition, physicians must not do anything that would purposely harm patients without the action being balanced by proportional benefit” [11].

Physicians also have an ethical responsibility to use resources wisely. Tilburt and Cassel have called this “parsimonious medicine”—the delivery of care that fits the needs and circumstances of patients and avoids wasteful care that does not benefit them [12]. Parsimonious medicine should not be considered rationing, which is the “explicit or implicit withholding and allocation of beneficial resources from some patients for the sake of others” [13] Physicians must be stewards of health care resources, and they have an ethical obligation to employ them wisely [14]. High-quality evidence is required to fulfill this important responsibility.

Clearly, a multifaceted approach is required to improve the evidence base to guide the care of older patients with cardiovascular disease. Some possible initial steps include [15]:

There will always be uncertainties regarding the risks and benefits of a particular therapy or intervention in an individual patient. Yet as Lowenthal and colleagues have written [17], it is essential to gather reliable evidence through RCTs “to inform the care of future patients, the fairness of present and future access [to effective therapies], and the value of stewardship of limited resources” [18]. 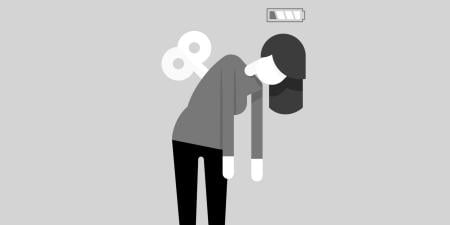