Biologics are among the most expensive prescription drugs in the United States, posing significant barriers to patient access to necessary treatments. An abbreviated approval pathway for biosimilars, near-identical versions of biologics made by different manufacturers, was created by Congress in 2010 to stimulate competition in hopes of driving down costs and expanding access. However, as of February 2019, only 17 biosimilars have been approved, with only 7 currently on the market. Of the few biosimilars currently available to patients, overall utilization has been limited. This article examines the current landscape of the biosimilar market, characterizes tactics employed by biologics manufacturers to delay market entry and deter prescribing of biosimilars, and assesses ethical issues related to increasing the adoption of biosimilars.

Biologic drugs, which include therapeutic proteins and monoclonal antibodies, are large complex molecules typically manufactured in genetically engineered organisms, such as modified bacteria.1 Biologics can be remarkably effective in treating a variety of illnesses, ranging from autoimmune diseases to cancer, but their high prices—often in excess of $100 000 per patient per year—have driven persistent growth in prescription drug spending.1 In the United States, biologics account for 38% to 40% of all pharmaceutical spending,2,3 but fewer than 2% of Americans use them.2 From 2010 to 2015, biologics represented 70% of the growth in US drug spending.2,3

One proposed solution to address the high cost of biologics was to facilitate the introduction of competitor products (called biosimilars) that are nearly identical to older, off-patent biologics via an abbreviated approval pathway. A similar pathway for generic small-molecule drugs had been created by the 1984 Hatch-Waxman Act4 and proved successful. Generic drugs now account for about 90% of all dispensed prescriptions in the United States and have saved the health care system roughly 1 trillion dollars between 2002 and 2011.5,6 Accordingly, in 2010, Congress passed the Biologics Price Competition and Innovation Act (BPCIA), modeled loosely on the Hatch-Waxman Act, as part of the Affordable Care Act, thereby establishing an abbreviated pathway for biosimilars to gain approval by the US Food and Drug Administration (FDA).7 In this article, we characterize key clinical, economic, and ethical issues related to the approval and use of biosimilars.

As several blockbuster biologics have come off patent over the past few years and more are scheduled to do so in the early 2020s, biosimilars are poised to play a crucial role in curbing health care costs. According to some estimates, biosimilars could reduce health care spending by $54 billion between 2017 and 2026.3,8,9

As of February 2019, the FDA had approved 17 biosimilars relating to 9 originator biologics (see Table).10 These numbers might seem to reflect positively on the BPCIA. However, the US biosimilar market has failed to develop to date in 2 important ways. First, not all FDA-approved biosimilars have been marketed. Only 7 of the 17 biosimilars, covering 4 originator biologics, were commercially available to US patients; 9 biosimilars had yet to be commercialized (and the other one is unlikely to launch for business reasons11) (see Table). Second, among biosimilars that have entered the market, price reductions and market penetration have been limited. For example, filgrastim-sndz, the first biosimilar to be approved under the BPCIA, entered the market in September 2015 at only a 15% discount off the originator’s list price.12 By the end of 2016, 5 quarters after its launch, filgrastim-sndz had acquired just 15% to 20% of the US filgrastim market.12 Similarly, infliximab-dyyb, a biosimilar of infliximab, launched in November 2016 at a 15% discounted price relative to a brand-name biologic,13 and it has thus far acquired less than 5% of the US infliximab market.14 Given their low utilization, biosimilars have not yet achieved policymakers’ intended goal of increasing competition and reducing prices.

Which factors account for the lack of commercialization and low uptake of recently approved biosimilars? Manufacturers of the originator biologic products have employed several tactics to delay market entry of already approved biosimilars and impede patient utilization even after a biosimilar successfully launches.

The primary reasons for delayed market entry include ongoing patent litigation or agreements to defer entry as a result of settling a patent dispute.31 For example, Sandoz and Mylan/Biocon reached global settlements with AbbVie and Genentech, respectively, regarding claims that the biosimilars adalimumab-adaz and trastuzumab-dkst infringed on patents protecting the originator biologics adalimumab and trastuzumab.28,32 Arguably, the most notable case of patent litigation leading to the delayed entry of biosimilars involves adalimumab, the top-selling drug in the world. In 2017, adalimumab had $18.4 billion in global sales, more than double the second best-selling drug, lenalidomide.33 AbbVie, adalimumab’s manufacturer, procured over 100 patents on the product. Although AbbVie’s active ingredient patent on adalimumab expired in 2016, it was granted a series of patents protecting everything from the manufacturing process to new formulations of the drug.16 One 2018 report found that 89% of these patent applications were filed after adalimumab was on the market, and 49% were filed after the first patent expired in 2014.34 This strategy of creating a wall of patents to protect assets34, 35 is known as developing a “patent thicket.”16

AbbVie sued the manufacturers of adalimumab biosimilars, including Amgen, Boehringer Ingelheim, Mylan, Pfizer, Samsung Bioepis, and Sandoz, for patent infringement, with settlements having been reached in all but one case.16 These settlements entail a licensing deal in which the biosimilar manufacturers delay entry and pay AbbVie a royalty after they do reach the market.36 As a consequence of these settlements, the first biosimilars for adalimumab are anticipated to enter the US market in January 2023.36,37 Annual sales of adalimumab over the remaining years are anticipated to be over $10 billion, which will add to the cost burdens currently facing payers and patients in the United States.38,39,40

Utilization of the few biosimilars that have entered the US market, meanwhile, has been suboptimal. One strategy originator manufacturers have employed to limit biosimilar uptake has been to negotiate formulary exclusivity with payers. In a 2017 lawsuit, for example, a biosimilar infliximab manufacturer alleged that the originator manufacturer entered into contracts with commercial payers to exclude biosimilars from drug formularies or include “fail first” provisions, which would require a patient to have failed on the original product before a biosimilar could be reimbursed.41

Rebate schemes have featured prominently in this practice. The infliximab lawsuit charged that the originator manufacturer told insurers that if they did not grant exclusive use of its product, the manufacturer would withhold rebates on other products.41,42 At least 70% of commercially insured patients in the United States are affected by these exclusionary contracts.41 One study found that among 2547 Medicare Part D plans, only 10% covered the biosimilar infliximab compared to 96% that covered the originator.43

With limited biosimilar availability in the United States, there remains substantial skepticism among prescribers and users relating to the efficacy and safety of biosimilars. A 2016 national survey of US physicians in specialties that have high utilization of biologics found that 55% did not believe that biosimilars were safe and appropriate for use in patients.44 Similar studies have found that patients have low levels of awareness of biosimilars as well as concerns about inadequate efficacy and elevated safety risks of biosimilars that are not consistent with reassuring evidence about their clinical usefulness.45 This skepticism has allegedly been promoted by some originator manufacturers. In August 2018, a citizen’s petition to the FDA charged that certain biologic manufacturers “mischaracterize important elements of the biosimilar criteria and create doubt and confusion about the safety and efficacy of biosimilars,”46,47 citing one Genentech webpage that explains that the “FDA requires a biosimilar to be highly similar, but not identical to the [reference product],” without stating that approved biosimilars have no clinically meaningful differences from the reference product.47 The petition also cited patient brochures emphasizing that the biosimilar infliximab was “not approved as interchangeable with” the originator version, which could mislead patients into thinking that biosimilars were unsafe.47

Many solutions have been proposed to address the issue of limited utilization of biosimilars.5 For example, legislation could be passed to increase the transparency in reporting of biologic patents, which would allow biosimilar manufacturers to more readily challenge their validity. Additionally, regulatory agencies could scrutinize the anticompetitive practices of exclusionary contracts and enact stronger regulations against such practices. Lastly, the FDA could increase its efforts to educate physicians and the public about the bioequivalence of biosimilars and remove unnecessary naming policies that cause confusion among users, including the 4-letter suffixes given exclusively to biosimilars for the sole purpose of distinguishing them from their originators. Addressing these issues will inevitably result in increased biosimilar use. However, are there ethical concerns that arise with expanding the use of biosimilars?

Some have argued that the BPCIA pathway does not sufficiently guarantee the effectiveness or safety of biosimilars, which is at the root of skepticism among patients and physicians.44,45 While it is possible that minor structural differences among biosimilars could lead to variable effectiveness and safety, studies to date have found no meaningful differences between a biosimilar and its respective originator biologic with respect to safety and efficacy.48-50 Still, postmarketing studies of biosimilars will continue to be necessary to evaluate these concerns.

Perhaps the most important question facing policymakers is whether greater use of biosimilars will improve public health. The high cost of biologics remains a significant barrier to patient access and adherence.51 Although biosimilars will likely remain higher priced than small-molecule generics, price reductions will continue to manifest as more competition is introduced into the market.52,53,54 These lower prices will reduce overall health care costs and could improve patients’ medication adherence, resulting in better health outcomes.

Although biosimilars have yet to yield the significant cost savings that they were touted to bring, pursuing greater biosimilar competition is a worthwhile goal.3 However, if a low-cost biosimilar market does not result from policies designed to eliminate barriers to entry and utilization, an ethical approach might be to mandate the reduction in the prices of originator biologic drugs after a certain time period on the market.55 Such a policy would achieve the goal of providing affordable and accessible therapeutics to patients, but there is likely not political appetite to implement it. Thus, encouraging increased competition in the biologics market with biosimilars remains the most promising mechanism to increase access to much-needed drugs.

In July 2018, the FDA published its Biosimilars Action Plan, acknowledging the lack of competition in the biologics space.56 Recognizing the numerous barriers to the development and utilization of biosimilars, the FDA outlined 4 key goals in tackling this issue, including streamlining the approval process, improving regulatory clarity, increasing educational efforts to improve understanding among stakeholders, and collaborating with the Federal Trade Commission to address anticompetitive behaviors.53 Despite barriers to their commercialization and uptake, biosimilars remain a powerful tool with potential to lower health care costs and improve patients’ access to valuable therapeutics.

A Legal Test for the Pharmaceutical Company Practice of “Product Hopping”

Protecting Pharmaceutical Patents and Test Data: How the Trans-Pacific Partnership Agreement Could Affect Access to Medicines in the US and Abroad 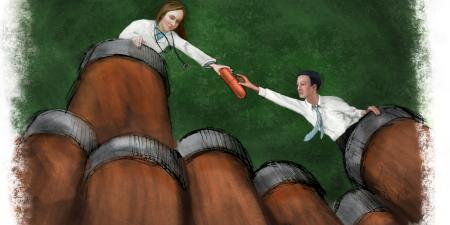 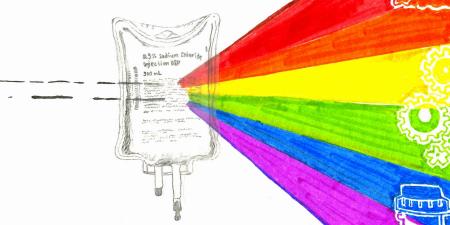 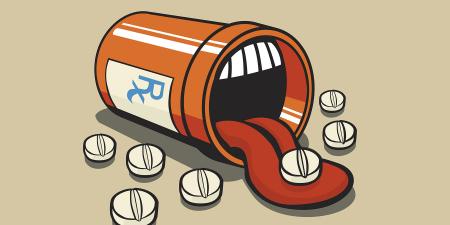 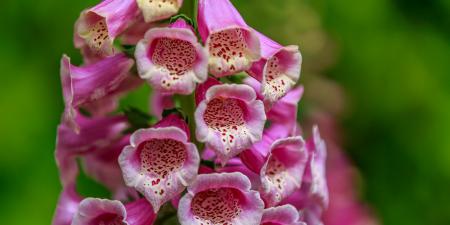