Health care for undocumented workers and their families has become an emotionally charged subject in my community. As the leader of a tax-supported public health system in Texas, I often find myself defending the provision of hospital care for the undocumented—a position that is not only rooted in the health system's legislative mandate but is consistent with its founding vision and mission statement and with federal and state law. Moreover, I believe our approach is economically prudent because it applies public health interventions to a vulnerable population, thereby diminishing the burden of illness and preventing higher costs to the community.

It is my position that our health system should in no way allow the care of someone who is seriously ill or injured to be compromised because of citizenship status. We have a clear mandate to provide medical care to all who enter our health system.

One of the main reasons for the creation in 1953 of the health system I administer was that the Texas legislature recognized the need to care for indigent and needy persons in the community. The Texas legislature has never revised this law to limit care to only United States citizens. Instead, the law's mandate has been, and remains, to provide medical care to indigent persons residing in the community. All people, documented or not, are persons under the law.

Other laws reinforce our duty to provide medical care to all. In 1985, I played a major role in the passage of landmark legislation concerning indigent health care in Texas. The legislation banned "patient dumping," the practice of transferring medically unstable patients from private to public hospitals because of their inability to pay. This law inspired the federal Emergency Medical Treatment and Active Labor Act of 1986, better known as EMTALA. Under EMTALA [1], all hospitals that have emergency departments and receive federal funding must provide urgent care to all patients regardless of the patients' ability to pay. In addition to EMTALA, the Civil Rights Act of 1964, the Rehabilitation Act of 1973, the Older Americans Amendments of 1975, and the Americans With Disabilities Act of 1990, all prohibit health care facilities from denying medical care on the basis of race, color, national origin, age, or handicap. The spirit of these national legislative mandates is that medical care, especially emergency care, should not be denied on the basis of one's social status, ethnicity, or place of origin.

This, in fact, is the position of the hospital system that I administer. Care must be based upon a patient's medical need and not upon medically unrelated and irrelevant factors such as race, creed, color, or nationality. A hospital is not the place to negotiate or enforce immigration policies. I believe that we do need to identify those who are working in the U.S. without the proper paperwork and make health care coverage part of the social contract between them and their employers, but this should not be the responsibility of a hospital or physician.

Contrary to some views, undocumented immigrants are not the cause of crowding in our emergency department. Today, most emergency rooms are crowded with patients seeking treatment because they do not have access to an ongoing source of primary care (i.e., they have no "medical home). Texas has the highest rate of people without medical insurance in the nation, the majority of whom seek care in our emergency department for urgent, but not necessarily emergent problems. Also, because many counties adjacent to ours do not have public, tax-payer-supported health systems, many out-of-county residents who are U.S. citizens come to us for care. Thus, it is unfair and inaccurate to place the blame of overcrowding in our health system on the backs of undocumented workers.

Moreover, despite claims to the contrary, undocumented workers do pay taxes. They pay sales taxes on purchases, ad valorem taxes through rent or home ownership, and many pay social security, Medicare, and worker's compensation via payroll deductions. In my home state of Texas, there is no personal income tax; thus, there is no dodging of state income tax by undocumented workers because the bulk of state revenues are raised through sales and ad valorem taxes.

Local governments also receive federal level assistance to provide extra funding for services that many undocumented workers and their families use. According to the Institute of Medicine, the U.S. reaped a $50 billion surplus from taxes paid by undocumented immigrants to all levels of government in 1997 [2]. The government spends these dollars in a variety of ways, but some of it assists schools, hospitals and health systems, and other local human services, all of which are commonly used by undocumented immigrants.

In 2007 Texas received $43 million in federal funds through the Medicaid Section 1011 program for the first 48 hours of emergency care provided for undocumented residents, of which my health system received $3 million. In addition, Medicaid Type 30, which is funding for ineligible aliens (both legal and illegal) with emergency conditions, contributed roughly $36 million. We also receive federal dollars in the form of Disproportionate Share and Upper Payment Limit Medicaid adjustments. Taken together, these federal programs provide funding to support the care of undocumented immigrant patients and lessen the burden on the local tax payer. Although my institution is supported by local taxes, approximately 70 percent of the funding we receive for patient care services comes from traditional payer sources such as Medicare, Medicaid, and commercial insurance, and the other 30 percent comes from ad valorem taxes.

Providing health care to undocumented workers and their families also makes good business sense. Consider that every dollar we spend on prenatal care allows us to avoid spending at least four dollars in neonatal intensive care services for low-birth-weight or premature babies. Regardless of parentage, the babies that we deliver in our hospital are American citizens, and it is important that they be healthy children who have the best chance of becoming productive and contributing members of our community. We know that we can reduce infant mortality, number of days of neonatal care, intracranial hemorrhage, and a variety of other complications all while saving thousands of dollars per child simply by providing access to prenatal care.

Next consider the situation of an undocumented domestic worker who has active tuberculosis or some other contagious condition. Then consider that many undocumented immigrants work in a variety of jobs that bring food to our table. Common sense dictates that it is in the best interest of our community to control the spread of infectious and communicable diseases. By providing lower cost primary and preventive services, we can avoid expensive disease and illness and deploy our system resources in a cost- and community-effective way.

Finally, beyond the legal and business considerations, I am guided both by my training as a physician and my religious convictions. As a physician, I took the Hippocratic Oath, and nothing in that oath condones denying care to a person because of citizenship status. I cannot ask other physicians who work in an institution that I run to compromise their professional obligations, nor can I ask nurses, pharmacists, allied health professionals, social workers, or others to do so. We must not judge any individual as worthy or not worthy of fundamental health services. To do so would diminish us all.

My religious convictions also guide me to take care of those that scripture calls "strangers" in our midst. This vulnerable population can be likened to widows and orphans in both the Old and New Testament passages, and we are admonished by the prophets and the apostles to give them special consideration [3].

While those who immigrate without proper documentation are breaking the law by working in the U.S., in most other respects they are law abiding. Many of the "anti-immigrant" voices are misdirecting their anger toward people who contribute in many ways to the quality of our life, more for good than for bad. If we educate members of the immigrant population and keep them healthy, we will all benefit. We need better policy on immigration to bring the undocumented out of the shadows. And that policy should confront immigration at the workplace and at the border—not in the hospital emergency room. We must not pit immigration policy and health care needs against one another, rather, we must find a uniquely American way to affordably solve this issue. We can, and must do better. That will require courage, compassion, and ingenuity. 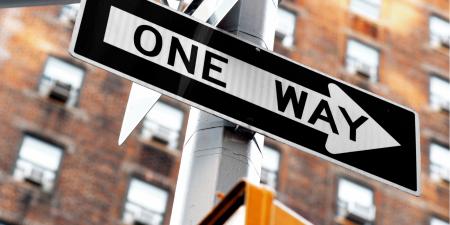