Reporting on law cases has long been a media staple. Stories about who has been arrested for or convicted of a crime garner much attention, especially when the accused or the victim is a public figure or when the circumstances are extraordinary. Legal happenings are so entertaining, in fact, that numerous television shows dramatize fictional and actual cases, cable news networks focus on the courts and legal affairs, and an entire network is dedicated solely to broadcasting and discussing live courtroom action. This attention to legal affairs becomes more problematic, though, when an attorney involved in a case uses the media to draw public and prejudicial attention to an involved party.

During Hurricane Katrina in August 2005, the health care infrastructure in the city of New Orleans completely fell apart. According to media accounts, conditions at Memorial Medical Center (Memorial), one of the city's largest health care facilities, were horrendous, making even basic medical care impossible [1]. There was no power, and water filled the lower floors; patients were dying from dehydration and other complications from the heat and lack of proper care. Staff had evacuated, further degrading services. Rumors of approaching violence and the breakdown of law circulated.

Many patients at Memorial died due to the flooding, the lack of electricity and unavailability of care in the days following the hurricane, but four patients in particular would make headlines nearly a year after Katrina struck. On July 18, 2006, Louisiana Attorney General Charles Foti, Jr. announced the arrest of one physician and two nurses on charges of second-degree murder for allegedly providing lethal injections to the four patients. The evidence came from autopsies that revealed the presence of morphine and midazolam in quantities state experts concluded had not been administered for pharmaceutical purposes [2]. In his statement, Foti declared, "I believe this case is a strong one and that these charges are based on sound legal and medical evidence…. I believe there is no excuse for intentionally killing another living human being." Not only did the attorney general release a print statement, he also held a press conference where he told the media, "This is a homicide; it is not euthanasia" [3]. In support of his assertions, Foti released the affidavit of a witness who stated that the physician, Dr. Anna Pou, told staff that she would take full responsibility for the injections.

The next day, stories appeared in newspapers around the country, drawing from the statement by the attorney general and information contained in the affidavit that had served as the basis for the arrests. (There is still no indictment in the case; the district attorney in New Orleans (not Attorney General Foti) is responsible for filing charges.) One story quoted Foti as saying, "We feel they abused their rights as medical professionals…. We're talking about people that were maybe pretending they were God" [3]. The Louisiana State Medical Society immediately released a statement expressing concern over the investigation, but also noting that, since the investigation was ongoing, it would be inappropriate for the society to provide further public comment [4]. Dr. Pou's attorney strongly criticized Foti for his handling of the arrests, insinuating that the attorney general resorted to sensationalism in carrying out his duties.

Almost immediately, those in the medical profession began weighing in. Ethicists drew distinctions between euthanasia and assisted suicide on one hand and palliative care on the other. Intent to kill or inflict great bodily harm is a requirement for a second-degree murder charge in Louisiana, so the attorney general's accusation meant that he considered the action of Dr. Pou and the nurses to be euthanasia or assisted suicide, not palliative care. A patient may die as a result of receiving pain control medication, but if the intent is to palliate, not harm or kill, that death is not considered euthanasia or assisted suicide. Dr. Pou's attorney immediately fired back at the attorney general for not considering the distinction between intent to harm and intent to palliate in this case [5].

Within two days of the arrests, New Orleans' Times-Picayune reported on the support Dr. Pou was receiving from other medical professionals [6]. Those who had known her for years lauded her decision to stay behind and help patients, and none could reconcile the charges of murder with what they knew of her as a person.

Two days after that article, The Times-Picayune ran an interview with a local heart specialist who said that the state investigators had grossly mischaracterized the evidence, especially the care plans [7]. Under the attorney general's view of the facts, care plans cannot be changed (and therefore the use of painkillers indicated a deviation from the plans and an intent to kill). In fact, noted the cardiologist, plans are often altered in response to evolving conditions.

After the initial announcement and press conference by Mr. Foti, the news stories quickly turned against him. A few days after the arrests, people were questioning the evidence. Many believed that the drugs used on the patients were more likely used to palliate than to cause death, and no one could truly dispute the fact that the patients were in a great deal of pain due to the conditions at the hospital.

Eventually, Dr. Pou herself spoke out, using as her platform the nationally televised CBS newsmagazine 60 Minutes. She told the interviewer that she provided the drugs simply to ease her patients' pain [8]. Dr. Pou also "acknowledged that the drugs could have caused harm, but stressed: 'Anytime you provide pain medicine to anybody, there is a risk. But as I said, my role is to help them through the pain'" [8].

Following this round of media attention, the Louisiana State Medical Society again released a statement, as did the American Medical Association (AMA). The AMA noted that the facts of the case were sharply contested and that Dr. Pou and the nurses "are entitled to due process and the AMA expects that they will receive full and fair treatment by our judicial system" [9]. The state society took a stronger stance in support of Dr. Pou, saying that she acted in the best interests of her patients [10].

After being discussed for months in the news media, the case became the subject of mainstream entertainment. On January 9, 2007, ABC ran an episode of Boston Legal that drew directly from the case of Anna Pou. One of the show's attorneys was called on to defend a female physician in New Orleans who stood accused of euthanizing patients in the aftermath of Katrina. The details on the show were nearly the same as those in the real case.

In the televised episode, the physician essentially admitted to euthanasia, which was illegal under state law, but argued that the circumstances excused the actions. Although this is a fictional show, the arguments and outcome of the dramatized case could potentially influence a future jury in the real-world case. The actions taken were the same and the outcome for the patients was the same—who is to say that the intent was not?

Although much of the press coverage since Foti's announcement has been favorable to the possible defendants, this case illustrates vividly what happens when the legal system tries its case through the media. How accurate were Foti's facts? When those facts did not establish conclusively that a crime has been committed, should sensationalized arrests have been made? Much was made of the fact that Foti was running for re-election, and his handling of the case was seen as an effort to garner popular support. Regardless of his reasons, the Rules of Professional Conduct for attorneys prohibit much of what Foti said and did. While it was OK for Foti to announce the arrest, the rules prohibit his making statements that could substantially prejudice possible jurors (It should be noted that, once the prosecutor made such comments, the defense attorney was permitted to respond to them) [11]. Many of Foti's statements were prejudicial and helped create the media frenzy that eventually surrounded the case.

Two months after the arrests, the attorney general had the following to say: "We cannot comment on the evidence in this case and we do not believe this case should be tried in the media where the defense seems to want it argued…. We believe everyone has a presumption of innocence" [11]. Two months before this statement, Dr. Pou and the nurses were "playing God" and indisputably guilty of murder. Trying one's case in the media doesn't always go as planned. 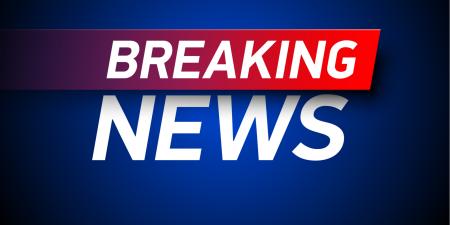