With avian flu popping up around the globe, federal, state, and local governments along with hospitals are now fully engaged in pandemic preparedness planning. Undoubtedly, considerations of the history of the 1918 Spanish flu gives these efforts a sense of urgency. A 1918-like pandemic, under a worst-case scenario, would hit large regions of the country at the same time, thus forcing local communities to rely on their own resources; the duration of active infections would be weeks or even months. However, Hurricane Katrina, deeply embedded in the American consciousness, must also inform our preparedness planning. We remember the spectacular failure of federal, state, and local governments despite years of anticipating the disaster. And we remember the disturbing images of the poorest and most vulnerable populations being left behind.

Katrina raised fundamental issues of social justice. It is clear that no amount of planning and preparation can undo the cumulative political, economic, and social inequalities faced by a population as reflected in inequitable access to health care services and disparities in health status. In a pandemic, society would again be allocating scarce, life-saving resources. Quite simply, the health care systems would be overwhelmed.

Beyond social justice and allocation of scarce resources, other important ethical concerns raised by the specter of pandemic include the challenges of balancing individual rights against the community’s public health needs and obligating health professionals to provide care in the setting of a communicable disease outbreak. Bioethicists have urged that the consideration of these points be incorporated into an ethical framework that structures the planning process. For example, based on experience with severe acute respiratory syndrome (SARS), the University of Toronto Joint Centre for Bioethics Pandemic Influenza Working Group has proposed a framework in Stand Guard for Thee: Ethical Considerations in Preparedness [1].

Some Operational Aspects of Social Justice

The 3 major operational components of pandemic response are:
1. Surveillance and detection;
2. Containment, including isolation, quarantine, and mass dispensing of vaccine;
3. Medical management in the home, hospital, and transitional facilities.

In a variety of ways, the means by which pandemic response is carried out has the potential to disproportionately impact the poor and vulnerable. For example, extensive quarantine could lead to loss of income and other deprivations.

Of these components, the challenges of medical management are particularly troublesome. It is quite clear that hospital capacity cannot be sufficiently expanded to meet the surge in demand that would occur in the face of an influenza pandemic. Hospital beds, equipment, and staff—themselves at high risk—would all be in short supply. Taking care of patients in their homes as long as possible might be the only alternative.

In 1918, 3 generations of family members typically lived close to and could provide support for one other. This is not the case today. Consequently, in the setting of an epidemic we must plan to deploy homecare services. Since there would likely be a shortage of workers to provide these services, volunteers would need to be recruited and trained. Furthermore, special efforts would have to be made to reach low-income areas and vulnerable populations living in crowded inner city neighborhoods or dispersed in rural areas. Those without sufficient support to stay at home would need to go to transitional facilities with staffed and equipped beds; such facilities could also help relieve pressure on hospitals.

Above and beyond implementing systems to deliver services to traditionally vulnerable and underserved populations, a key challenge would be the rationing of resources in absolute shortage: vaccines, antiviral medications, and intensive care unit (ICU) beds and ventilators. We have already conducted a dry run of vaccine rationing; in the 2004 influenza season, the nation faced a temporary shortage of vaccine. The Centers for Disease Control and Prevention (CDC) developed a prioritization plan geared to the needs of high-risk populations, such as people over 65 with comorbid conditions, and the protection of essential workers, namely doctors and nurses. The CDC, however, did not provide guidance on how to ration vaccines within broad priority groups or how to make tradeoffs among subgroups. By default, the responsibility for these decisions passed to the local regions that expected a worsening shortage. Fortunately, the 2004 influenza season did not fully materialize as anticipated and the crisis passed. For 2005, the CDC published a new vaccine prioritization plan. Once again, however, in the event of severe vaccine shortage the really tough decisions were to be made at subordinate levels of government.

When prevention has failed and treatment is necessary, use of ICUs and antiviral medication such as Tamiflu come into play. While there has been relatively little policy development on vaccine and antiviral medication prioritization, several professional associations have thought long and hard over the years about ICU admission-discharge decision making, alternately called allocation, rationing, or triage [2, 3]. All hospitals have ICU admission and discharge policies, but most have been reluctant to follow them when required to make decisions that might appear to diminish the standard of care. Yet in a pandemic, where there would be little opportunity to transfer a patient to another hospital or to stretch resources to accommodate just one more patient, hospitals would have to make tradeoffs. Put most starkly, the question is should an ICU patient who could potentially be saved but still requires the investment of time and resources—namely staff and ventilator—be discharged to make way for a patient who could be treated more efficiently, that is, with fewer human and other resources? Or are there other criteria that could be useful in setting priorities?

There are many reasonable approaches for allocating scarce resources. With regard to vaccine administration, priority could be given to those at highest risk of dying, to children and young people, or to health workers and others who are crucial in maintaining essential societal services. Such a definition could include individuals representing police, fire, sanitation, public utilities, and certain governmental departments. Other approaches to vaccine rationing include a lottery and first-come, first-served models. Different stakeholders will bring different values to the mix; there is no overarching moral principle that informs priority setting [4]. Accordingly, the Pandemic Influenza Working Group at the University of Toronto Joint Centre for Bioethics suggests that a priority-setting process should be reasonable, open and transparent, inclusive, accountable, and responsive. It argues that the more these procedural characteristics are incorporated into the decision-making process, the better the chance of engendering community trust and compliance [1]. The Public Engagement Pilot Project on Pandemic Influenza is an example of a vaccine priority-setting exercise that effectively elicited input from various stakeholders including public health experts and a cross section of citizens, including minority groups [5].

Unfortunately, other than in the case of organ transplants, governments at all levels have had little experience in engaging stakeholders in priority setting, let alone in explicitly rationing lifesaving resources. Furthermore, local government and local institutions must bear the burden of implementing policies. Even if achieved, community consensus on priorities is not enough. Can the policies be feasibly operationalized in a crisis situation where decisions must be made promptly and where there would be little time to make fine distinctions within and among priority groupings? If not, the policies must be modified. Absent a real crisis, their feasibility can only be estimated through the pandemic preparedness planning process.

We should not underestimate just how daunting the planning task is, given the complexity of joint action among public and private sector entities at federal, state, and local levels. Even if we spend another 50 years in the current World Health Organization (WHO) pandemic alert phase 3—human infection but no human-to-human spread—we do not have the resources, the political will, or even the collective sense of urgency to complete the WHO Checklist For Influenza Pandemic Preparedness Planning [6]. Inevitably, many decisions would have to be made in real time on an ad hoc basis drawing upon the emergency powers of state and local government. Nevertheless, despite these challenges, one fact remains clear: the time to act is now if we are to avoid Katrina-like catastrophes later. 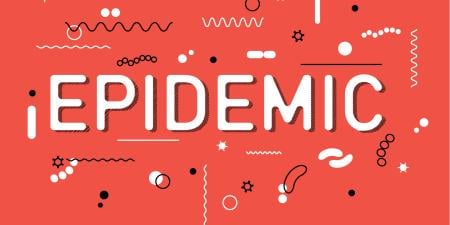