A lawsuit filed in April 2018 alleges unlawful administration of psychotropic medications to detained immigrant children in US custody. The suit, under jurisdiction of the Flores Settlement Agreement of 1997, alleges misuse of psychotropic medication to chemically restrain and control immigrant children and prolong their detention. This article describes the legal scope of the suit and considers significant ethically and clinically relevant questions it poses.

What Is the Flores Settlement Agreement?

The border immigration crisis that began in May 2018, when then Attorney General Jeff Sessions announced that undocumented adult immigrants would be prosecuted and separated from their children,1 has raised numerous legal, clinical, and ethical concerns about the housing of immigrant children who cross the southern border—both those children who cross unaccompanied and those who cross accompanied and have become separated from their parents by the US government. The number of immigrant children in US custody is at a record high.2 As of September 2018, 12 800 immigrant children remained in federally contracted shelters.2 Of the 2600 children separated from their parents in the spring of 2018, 497 remained separated as of August 30, 2018.3 Abuses and unlawful practices regarding the housing of children have been alleged, one of which is the administration of psychotropic medication to detained immigrant children. A suit, under jurisdiction of the Flores Settlement Agreement [hereafter, Flores Settlement], has been filed in federal court seeking to enjoin the US government from these practices.4,5

The Flores Settlement is a 1997 federal court-ordered agreement that “sets standards for the detention and release” of minor immigrant children4; in the absence of further government regulations and laws on the matter, it has acted as the binding authority on issues concerning detention of immigrant children.5,6 The Flores Settlement broadly requires the US government to move children in US custody—both those who arrive accompanied and those who arrive unaccompanied7—to a close relative or friend “without unnecessary delay” and to keep children in custody in the “least restrictive setting appropriate to the minor’s age and special needs.”4

The Flores Settlement has become increasingly relevant during the 2018 border crisis, as the settlement has been interpreted by a US district court to hold that the US government cannot keep children in custody longer than 20 days.8 Although President Trump’s June 20, 2018, executive order was written with intent to reunite families,9 the Trump administration mounted a legal challenge to exempt the federal government from the 20-day requirement of the Flores Settlement that was subsequently rejected by the Central District of California.10 Therefore, despite reunifying but detaining families indefinitely, Trump’s executive order arguably violates the Flores Settlement mandate that children be moved out of detention “without unnecessary delay.”4

What Is the April 2018 Flores Settlement Suit?

On April 16, 2018, the Center of Human Rights and Constitutional Law (CHRCL) filed a lawsuit in the Central District of California federal court alleging that the US federal government is violating the Flores Settlement, principally through the Department of Health and Human Services’ Office of Refugee Resettlement (ORR)—the governmental body tasked with housing unaccompanied immigrant minors.4,5

Differing from the federal government’s legal challenge to the 20-day detention limit referenced above, the CHRCL’s lawsuit alleges that the ORR is unlawfully administering medication to immigrant children housed in a residential treatment center (RTC) located in Texas and that this action violates the Flores Settlement’s requirements that ORR facilities be “safe,” “comply with all applicable state child welfare laws and regulations,” and only provide children with “appropriate mental health interventions when necessary.”4,5 The CHRCL also alleges violation of the Flores Settlement by the ORR’s prolonged detention of children in RTCs on the specious grounds that a child’s “psychiatric or psychological issue” cannot “be addressed in an outpatient setting,”11 which essentially justifies the detention of children on the assumption that mental health care is not available elsewhere. The CHRCL’s allegation implies that psychotropic medication is being administered as a method to control and further detain children rather than to properly provide health care.5 Indeed, the suit argues that without proper oversight, “the potential for abuse—including using drugs as ‘chemical straight-jackets’ to control children, rather than to treat actual mental health needs—is unacceptably high.”5

The CHRCL documents in its suit that children in ORR custody are being given psychotropic drugs, including clonazepam, duloxetine, guanfacine, ziprasidone, olanzapine, lurasidone, and divalproex.5,12 The suit alleges that detained children are given these medications without parental consent, children’s assent, or purposeful assessments of clinical indications that warrant these drugs’ administration and that ORR staff improperly sign forms “consenting” for the children.5,13 The suit details forcible, sometimes violent, administration of medication, such as throwing a child to the ground and prying his mouth open.5 The suit also details iatrogenic consequences of these medications in children, including dizziness, depression, weight gain, and other serious side effects, which the CHRCL believes threaten children with long-term injury.4 The CHRCL explains that forced medication administration violates the Flores Settlement, as the settlement mandates compliance with child welfare laws, which require parental consent to administer medication.4 The Flores Settlement also mandates a “safe” environment, and harmful effects of medication eliminate a “safe” environment for children. The April 2018 suit further alleges that children’s detentions are being prolonged in violation of the Flores Settlement, as the ORR justifies not releasing children from RTCs if ORR staff physicians determine that children cannot get adequate mental health care outside of their facilities. Only ORR staff physicians can approve release and, without their approval, children are often subject to prolonged and even indefinite detention.5,13

evidence establishes that Defendants [the US government] have violated Texas state child welfare laws and regulations by administering psychotropic medications to Class Members at Shiloh [detained children] without first: (1) providing the disclosure required by 26 Texas Administrative Code section 748.2253 to a “person legally authorized to give medical consent[,]” and (2) securing the informed written consent of [a] “person legally authorized to give consent by the Texas Family Code or a person authorized by [a] court[.]”10

The Court ordered the US government to “comply with all Texas child welfare laws and regulations governing the administration of psychotropic drugs” to detained immigrant children, ordering the US government not to administer any psychotropic medication to a detained child unless staff clinicians have sought written consent from a “person legally authorized to give medical consent.”10 With regard to prolongation of children’s detentions if staff physicians determine that they cannot get adequate mental health care outside of their facilities, the Court ultimately held that such practice is “not necessarily a violation of the Flores Agreement,” as a detained child may seek judicial review if an ORR staff physician refuses to authorize release.10 However, the CHRCL remains concerned that “administering psychiatric medications is part of a broader program to avoid releasing the children and teens” and that these medications are not clinically indicated or administered with the intention of motivating a child’s wellness.13 The CHRCL has compiled voluminous affidavits and narratives to support its allegations.14

Clinical Ethical Dimensions of Crises at the Border

Aside from whether psychotropics are clinically indicated for use in the children to whom they are administered, perhaps the most immediate ethical concern arising from practices alleged to be occurring in the detention centers is disregard for the standard ethical requirement for parents or guardians to authorize medical treatment for their children.15 The suit alleges that parental wishes, if solicited at all, are being ignored, while ORR staff are “consenting to children’s medication,”5 which clinicians—assuming ORR staff are indeed licensed clinicians with appropriate expertise and professional training to diagnose, assess, and manage care for a child whose symptoms indicate psychotropic medication—typically have no legal or ethical authority to do.

Another concern, alluded to earlier, is that the drugs are given to “control” the children and that the treatments are not in the children’s best interests. To be clear, legally, clinically, and ethically, treatment decisions should in the “best interest” of the child15 and not for purposes of chemical restraint or other restriction of liberty. Amy Cohen, a physician who treated detained immigrant children in 2018 noted, “These children tend to be overmedicated with combinations of meds that are really not indicated for children with PTSD [posttraumatic stress disorder], particularly small children. The purpose of that medication is not really to treat an illness, but to tranquilize them. It’s not a tool of therapy, it’s a tool of control.”16 Medication as a “tool of control” is a real problem. As Jonathan Moreno and Arthur Caplan have suggested, “Too often mental health care drugs have been used to make the job of caregivers easier rather than in the service of the patient’s best interest.”12 Indeed, if drugs, including psychotropic drugs, are administered improperly or for purposes other than the best health interests of the child, their capacity to injure is significant, and they may create serious lifelong health risks, such as possible long-term alterations in brain function and behavior, metabolic syndrome, or infertility.17

Allegations of the April 2018 Flores settlement suit are substantiated by evidence, and the Central District Court of California found that such evidence supported a holding that the US government breached its obligations under the Flores Settlement.10 The US government’s administration of psychotropic drugs to children—without parental consent or proper oversight and against the best interests of the child—constitute unethical, unlawful, and clinically inappropriate practices. The nature and scope of the roles of health professions and health professionals should be considered as one possible response to the April 2018 suit and the practices that prompted its filing.

How Should Health Professionals and Policy Makers Respond to Substandard Care of Detained Immigrants? 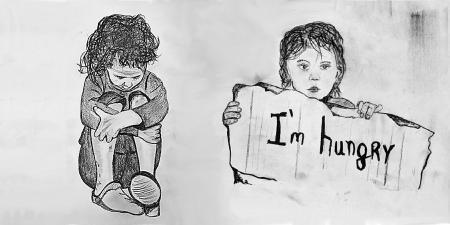 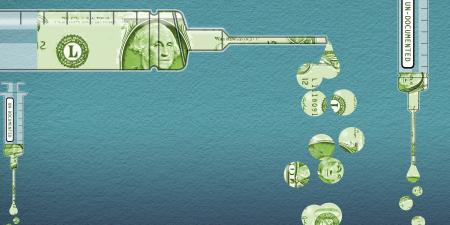 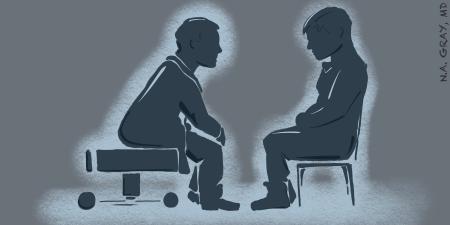 Strategies for Responding to Undocumented Immigrants With Kidney Disease 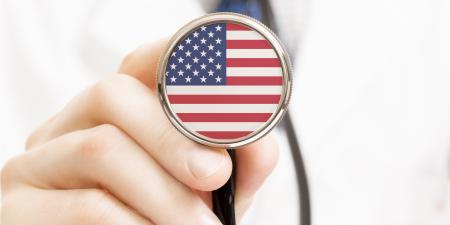