It is well established in the law that prison rules and regulations—designed to enforce the goals of the penal system (punishment, retribution, rehabilitation) and to ensure the safety of inmates—will not be scrutinized as closely as those of other government institutions. Inmates have fewer rights than non-incarcerated citizens, their interaction with others is limited, their free speech is curtailed, and, of course, they cannot own firearms. These restrictions exist to protect other inmates, guards, and visitors from bodily injury and to maintain order.

In the 1987 case of Turner v Safleythe United States Supreme Court addressed prisoners' access to marriage (declared a fundamental right of citizens in previous cases), between inmates or between an inmate and a non-prisoner and correspondence between inmates (a form of free speech) [1]. In deciding that certain restrictions on correspondence were permissible but that the restriction on marriage was not, the court declared that a regulation impinging on inmates' constitutional rights is "valid if it is reasonably related to legitimate penological interests" [2]. One year later, in Harper v. State the courts had occasion to apply this standard when reviewing a prison policy on forced medical treatment for a mentally ill prisoner.

Walter Harper was imprisoned in 1976 for robbery and spent time in the prison's mental health unit where he was treated with antipsychotic drugs [3]. After assaulting two nurses while on parole, Harper returned to prison in 1981 to complete the remainder of his original sentence.

In 1982, after initially consenting to treatment that included antipsychotic medication, Harper refused the drugs. The treating physician sought to medicate Harper over his objections, following prison policy which permitted involuntary treatment if the prisoner suffered from a mental disorder and was gravely disabled or posed a likelihood of serious harm to himself, others, or their property. According to this policy, the prisoner was entitled to a hearing before a nontreating psychiatrist, psychologist, and the associate superintendent of the prison. If involuntary treatment was ordered as a result of the hearing, periodic review was also required.

In Harper's case, the prison's procedures were followed prior to his being forcibly given medication. His complaint, however, was that the procedures were not sufficient to protect his constitutional rights. He argued that a court hearing was required before the involuntary administration of antipsychotics. The Washington Supreme Court agreed with Harper, noting that the treatment was of a "highly intrusive nature" and deserved greater procedural protections than provided in the prison policy. The court stipulated that the state must prove by "'clear, cogent, and convincing' evidence that the administration of antipsychotic medication was both necessary and effective for furthering a compelling state interest" [4].

The standard for restricting a prisoner's rights used by the Washington Supreme Court was much more stringent than that set forth earlier in Turner. Turner had placed the burden on the inmate to prove that the policy was not "reasonably related" to prison interests and goals. According to Harper, when a constitutional liberty is at stake, the government has the heavy burden of showing that its rule is necessary. Thus, the Washington Supreme Court determined in Harper that the right to refuse medication, especially when it has known and potentially permanent side effects, is not diluted upon incarceration.

The state appealed to the United States Supreme Court, arguing that the prison's policy sufficiently protected Harper's rights under the Turnerstandard. The Supreme Court accepted the case, addressing two questions: may the state administer antipsychotic drugs involuntarily, and are the protections for the inmate under the prison policy sufficient?

The U.S. Supreme Court reversed the state court decision, holding that, although individuals have an interest to be free from unwanted medical treatment, a prison environment may reasonably have a different set of rules and rights. If an inmate represents a danger to himself or others in the prison, forced treatment may be a justifiable alternative to risking the consequences of forgoing treatment.

The Supreme Court differed most from the state court with regard to the steps that must be taken before involuntary treatment could begin. It said that the prison hearing policy complied with constitutional mandates, even when a substantial individual liberty interest was taken into account. An individual may be entitled to a judicial hearing before being forced to undergo treatment while a free citizen, but, the Court said, the expertise of prison administrators who know the needs and dangers of the prison environment carries great weight substantially in favor of reduced procedural protections.

The Supreme Court believed that "an inmate's interests are adequately protected, and perhaps better served, by allowing the decision to medicate to be made by medical professionals rather than a judge" [5]. Under the prison's policy, a psychiatrist and psychologist were both involved in the decision, and Harper was provided with an independent lay advisor who had an understanding of medicine to ensure fairness in the hearing. These were sufficient procedural safeguards, according to the Court.

Some of the Court's reasoning raises questions about the adequacy of the prison's policy. When discussing outside independent experts or judges as decision makers, the majority of the Court argued that a "review of the literature indicates that outside decisionmakers concur with the treating physician's decision to treat a patient involuntarily in most, if not all, cases" [6]. Apparently, if outside experts agree with involuntary treatment decisions most of the time, that is sufficient to deny inmates access to those experts or other decision makers.

Inmates were permitted to have only advisors—not attorneys—assist them during the hearing before the prison panel. According to the dissenting opinion in the case, this advisor was appointed by the prison authorities, raising a question of bias. If the panel and the inmate's advisor were all employed by, or in some way related to, the prison, could the prisoner be assured a fair hearing in a procedure that could result in the loss of a constitutional right?

The Supreme Court's decision in Harper reaffirmed its previous opinion in Turner. Although the Washington Supreme Court decided that the right to refuse medical treatment, even in the prison context, deserved additional procedural safeguards before being overridden, the U.S. Supreme Court took a broader view of its precedence. Turner "applies to all circumstances in which the needs of prison administration implicate constitutional rights" even when the right is fundamental [7]. The prison policy satisfied the Supreme Court's requirements, and it was decided that Harper could be involuntarily medicated without a judicial hearing.

As it stands today the law permits the violation of rights of the incarcerated so long as the prison policy is reasonably related to legitimate penologic interests. This standard is not difficult to satisfy, especially when the prison argues that the policy is necessary for the safety of others in the prison environment.

In the civilian context, involuntary treatment is undertaken only after exhaustive judicial proceedings and internal review that presently may not be permitted in many prisons. For physicians, this means that particular care must be taken when making a recommendation about involuntary medical treatment for inmates because it is likely to be accepted with little opposition. 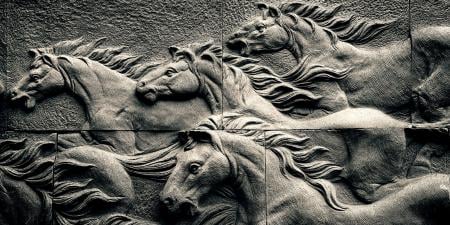 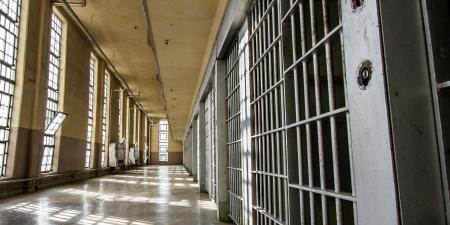