The idea of "husbandry" in regard to children is as old as the 4th century BCE. In the Republic, Plato imagined a systematic breeding scheme to produce the kind of human beings appropriate to different social strata and tasks. The wish for certain kinds of children has led societies to eugenic gambles on an enormous scale—both in ambition and in disastrous effect. Even apart from vaunting ambitions of social engineering, would-be parents harbor hopes and ideas about what kind of children they want to have. Assisted-reproductive technologies (ARTs) work at an ever-receding horizon of power: the extent to which parents and society may exert control over the traits of children cannot be fully forseen.

Working with clinicians, prospective parents can now select against children with identifiable genetic traits, and this is routinely done in the United States when there are worries about hereditary disease. Some commentators object to the these practices because they find the techniques involved—in vitro fertilization, embryo transfer, embryo freezing, and selective reduction among them—objectionable in themselves. Even more commentators become concerned about the use of these techniques in selecting traits that are not related to health but that are related to the expectations of parents. This worry persists even if the traits are represented as advantages to children: intelligence, height, and the like. The moral worry here grows out of a number of issues, including the worry that ARTs will turn children into commodities, into products like others on the shelf of Madison Avenue whiter whites and brighter brights.

When it comes to expectations about their children's traits, many prospective parents are keenly interested in having a boy or a girl in any given pregnancy. There is, for example, strong interest in pre-conception methods of selecting children of a specific sex. One approach involves sperm sorting in order to avoid pregnancies with a fetus of an undesired sex. At the present time, however, pre-conception techniques are not especially successful. If techniques were to become successful, the American Society of Reproductive Medicine counsels its members that it can be ethical to offer couples techniques of sex selection to blend boys and girls in their offspring. If this use proves safe generally, this professional organization also believes it would be ethical to select for a first-born or only child for reasons related to the different meanings and companionship experiences parents expect to have with the child.1 Pre-conception techniques of sex selection are still very much in the experimental stage, but other techniques do allow for effective sex selection, embryo and fetal testing. These techniques are, however, expensive and complicated and—for those reasons—not widely available. They do ultimately, however, involve the same moral issues.

Some commentators have noted the way in which the preferential selection of males over females works to the disadvantage of females.2 There is divided opinion about whether this effect would be significant in countries where cultural advantages are equitably distributed across sexes. The effect of sex selection on family dynamics is also relevant to an assessment of the morality of the techniques: in selecting the sex of children, are parents treating that child in a way that works against either the bonds between parents and children or the well-being of the children themselves? And, again, there is the worry that sex selection amounts to a kind of "shopping" that devalues the dignity of children and possibly their well-being.

There is something to the moral concern that parental control over traits can alter the way children are seen. How many tests do children have to pass in order to be wanted, loved, and respected by their parents? And what happens to family bonds and to children themselves when children fail to pass those tests?

Seen in isolation, the issue of sex selection can appear to be a stark and dehumanizing focus. However, parents do elsewhere exhibit powerful control over the nature of their children's traits. Parents profoundly influence their children in regard to language, moral values, religious views, political opinions, attitudes toward health, table manners, and so on down the line of traits that one generation bestows upon another. Seen against this backdrop, it is important to ask whether sex selection is so very different from other choices that parents make about the kinds of children they work to have. Indeed, giving some say to parents about the sex of their children can work to bond parents and children more closely. It is also worth pointing out that sex selection might have a protective function for some children, namely, for those girls or boys who would otherwise be born to parents who do not want them.

Philosopher Mary Warnock has said that "it seems to me to be a fundamental moral principle that we ought to love and cherish our children as beings separate from ourselves and with their own distinct characteristics."3 It is impossible to know in advance what all the effects of ARTs will be either for a given family or for society at large. There is room for plenty of caution when it comes to extending the reach of parents over the traits of their children. However, if Warnock's counsel can be preserved as parents avail themselves of ARTs, there will be fewer reasons to worry about the selection of their gender in particular and the commodification of children in general. 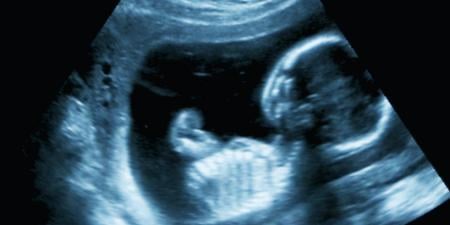 Can the Court Protect a Fetus from Maternal Harm? 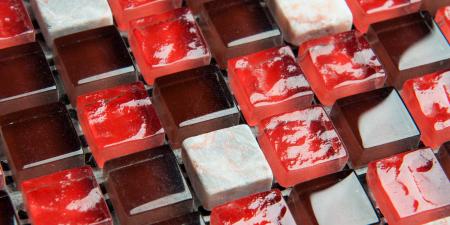