As the number of female medical students in the health care community increases, so does the number of pregnant women in residency training. The growing number of residents who are pregnant creates concerns for all female students, who do not want to be seen as less capable or committed when they apply for post-graduate training, and for hospital programs that search for innovative ways to ensure the healthy and sustainable growth of the number of women in medicine. Do female medical students encounter discriminatory selection for residency positions? Do female residents and practicing physicians encounter barriers to obtaining promotion to leadership roles or higher rates of dismissal due to their pregnancies or potential for pregnancy? If so, how can hospitals ameliorate these conditions and establish more favorable and equitable employment environments?

The Pregnancy Discrimination Act was passed in 1978 as an amendment to the Civil Rights Act of 1964. Under Title VII of the legislation,

discrimination on the basis of pregnancy, childbirth or related medical conditions constitutes unlawful sex discrimination. Women affected by pregnancy or related conditions must be treated in the same manner as other applicants or employees with similar abilities or limitations [1].

Even with these regulations in place, however, many women still report blatant pregnancy-related discrimination in the workplace. In fact, pregnancy-related charges reported to the Equal Employment Opportunity Commission (EEOC) have risen 45 percent since 1992 to a total number of 4,901 complaints in 2006 [2]. Many companies claim that they do not make sex-based personnel decisions, but will consider actual pregnancy as a factor for hiring, promotion, or leave—a practice that is unlawful and discriminatory.

The EEOC has also promulgated regulations that apply to caregivers, recognizing that motherhood does not end with pregnancy and that fathers often need medical leave for family obligations, too [3]. These regulations cover promotion procedures that prohibit employers from bypassing qualified individuals due to their status as parents or caregivers. The law states that "employers can also violate Title VII by making assumptions about pregnancy, such as assumptions about the commitment of pregnant workers or their ability to perform certain physical tasks" [3]. Thus hospitals violate the law if they refuse to promote a woman on the belief that she needs to spend more time at home, or that she would not be interested in taking on more responsibility.

Such generalizations constitute discrimination under the Family and Medical Leave Act. The act and subsequent regulations prohibit termination based on pregnancy or parenthood status. Legislators and courts have recognized that women generally perform most child-rearing and caregiving duties and that to discriminate against people who perform these duties is to discriminate against women. For the smaller group of men who take leave to care for their children or families, these regulations also protect their employment while they assume a role not always supported by society.

Residency training for many women coincides with primary childbearing years. According to the American Medical Women's Association (AMWA), 50 percent of female physicians have their first baby during residency training [4]. The sheer number who become pregnant and give birth during this time is reason enough for hospitals to create policies and employment guidelines regarding pregnancy during residency. Further, many male residents need family leave consideration because their spouses are pregnant. The immediate problem seems greater for women, inasmuch as their condition may be readily visible during interviews and training. The Supreme Court noted, "women as capable of doing their jobs as their male counterparts may not be forced to choose between having a child and having a job" [5]. Selection and promotion committees may not consider pregnancy during their evaluations, regardless of whether the employer is acting out of hostility or out of intent to serve the employee's best interest.

What does it mean for a hospital to provide "reasonable accommodation" for a pregnant resident? According to EEOC regulations, if an employee is temporarily unable to perform her job due to pregnancy, the employer must treat her in the same manner it treats any other temporarily disabled employee; for example, by providing modified tasks, alternative assignments, disability leave, or leave without pay [6]. For residents, this may mean eliminating tasks that require heavy lifting and exposure to radiation or hazardous chemicals and adjusting work hours to allow for rest and proper nutrition. To the degree possible, residency programs should try to implement these solutions without unduly burdening others. Programs should also make an effort to allow the pregnant woman to complete her residency in a timely fashion, without having to take a year off or repeat training.

A reasonable solution, regardless of how it is reached, must not discriminate against female residents and physicians based on pregnancy or the potential to become pregnant. In Chicago, the district office of the EEOC is currently litigating EEOC v. Midwest Emergency Associates, charging Midwest with sex discrimination against a female physician who was demoted from her position as assistant director of a hospital emergency room and denied owner/partner status in her practice after she took pregnancy leave [2]. Few pregnancy discrimination cases are so blatant; employers can simply claim that they refused to hire or promote a woman for some other, unrelated reason, and that can be difficult to disprove.

Many legal theories are cited in discrimination cases, making it difficult for the average employer to know which laws to follow or how to create a workable policy regarding employees with families. Family law experts have suggested making lists of the ways that "unacceptable behaviors" are manifested towards pregnant women and parents in the workforce. Beyond simply delineating which behaviors to avoid, hospitals would serve their interests well by taking the lead in implementing proactive policies that encourage early disclosure of pregnancy or related medical conditions, and assist women with long-term planning so that they can complete their training in a timely fashion and receive support during pregnancy. Establishing such programs fosters a more sensitive and productive workplace.

A hospital that successfully develops and offers clear and accommodating programs for employees who are pregnant and for caregivers will be a more attractive option for many prospective residency candidates. Such hospitals increase their ability to recruit and retain the most qualified candidates in this competitive environment marked by extreme talent shortages. Taking the lead in providing workplace accommodation also promotes the reputations of these hospitals as progressive institutions. Another significant and favorable byproduct of such policies is a reduction in the risk of expensive and ultimately negative litigation brought by resident claimants. Embracing forward-thinking policies about pregnant residents and caregivers is beneficial to hospitals, their employees, and to public health. 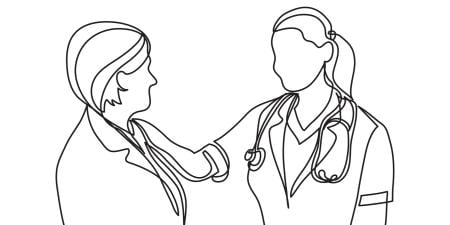 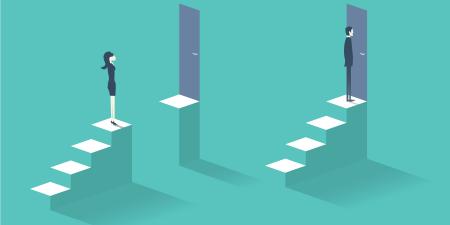