Western allopathic physicians working internationally might encounter allopathic colleagues who endorse local healing practices that are not scientifically supported and, hence, might pose harm to patients. Respect for the autonomy of local physicians and patients thus can conflict with the ethical principles of beneficence and nonmaleficence. In such a situation, it is advisable for Western allopathic physicians to communicate their concerns to local colleagues as equal partners. Making an effort to understand local meanings associated with a traditional therapy demonstrates one’s respect for local cultural ideas and practices, even if one disagrees with that therapy, and is crucial to tailoring messages about clinical practice change. A realistic approach to cross-cultural clinical practice change seeks to reduce, rather than eliminate, harm.

Maria is a US physician who has been assigned to teach a six-month course on cardiovascular and respiratory pathology to medical students in Thailand. While there, she notes that some of the local clinical professors, who are also physicians trained in allopathic medicine, endorse a traditional naturopathic herb for treatment of congestive heart failure. This herb does not have scientific support in the allopathic literature, and some studies suggest that it might even be detrimental to health. Furthermore, Maria worries that availability of the herb could dissuade patients from using Western medicines. On the other hand, she acknowledges that some interventions that do not have scientific validity from a Western allopathic perspective can have ethical, cultural, social, personal, and clinical value in other contexts.

How should Maria—and Western allopathic physicians working to develop health systems internationally—respond to valued local health practices that could be harmful to patients based on scientific evidence generated within Western allopathic models of healing?

The above scenario is quite familiar to health care professionals working in international settings, where a variety of healing modalities that are distinct from those of Western allopathic medicine are part of the local approach to treating illness. Importantly, this case of clinical practice conflict concerns not only direct patient care and health outcomes, but also relationships with colleagues in the setting of health systems development. In other words, in this situation, more is at stake than the health of a single patient or population of patients; also at stake is a collaborative relationship between a US-based practitioner and local Thai colleagues, all of whom share the goal of educating medical students and improving the local health system. If Maria expresses concerns about the herb for treatment of congestive heart failure, will the Thai clinical professors perceive it as disrespectful? Is it ethical for Maria to attempt to change a culturally meaningful practice by condemning use of the herb? How can Maria show respect for local healing modalities and for the autonomy of local clinicians and patients while also abiding by ethical principles of beneficence and nonmaleficence?

In this situation, we believe it is important for Maria to voice her concerns to local physicians about the naturopathic herb. However, she must use her authoritative allopathic knowledge carefully, recognizing that imperatives—i.e., “don’t use the herb”—could alienate Thai patients and clinicians alike. During fieldwork as medical anthropologists in Latin America, Asia, and Africa, we have often witnessed an unfortunate consequence of allopathic practitioners’ demands that local health practitioners and patients stop using a traditional medicine: local rejection of Western allopathic medicine altogether.

One thing we’ve learned is that cross-cultural medicine should instead involve respectful dialogue, listening, and the willingness to compromise. Maria’s development of a solid appreciation for the context of local clinical practices will be imperative if she is to communicate sensitively with the clinical professors. For Maria, promoting a change in clinical practice will take time and most likely require many conversations with her Thai colleagues. In what follows, we discuss key considerations for successful communication promoting such change.

An important consideration for Maria is recognizing how power differentials within the local practice setting might affect the way her Thai colleagues perceive her actions, intentions, and concerns. In health systems development, local practitioners—those from the global South or from low- and middle-income countries—and allopathic physicians—particularly those from Western nations—are often not on equal footing. Funding institutions for international projects are typically based in high-income Western countries and do not always involve local practitioners as equal partners in setting priorities. Local practitioners might be under pressure to comply with the requests of their collaborators from Western countries to ensure continued funding of projects, even if it means sidelining local priorities [1]. In attempting to encourage a change in clinical practice, Maria must ensure that her concerns about the naturopathic herb are perceived not as a top-down demand or condemnation from an outsider but rather as the beginning of a mutually respectful conversation between equal partners.

Maria should raise the topic in a way that demonstrates her regard for her Thai colleagues’ and patients’ knowledge, experience, and opinions. Maria might first choose to discuss the herb with a trusted local colleague with whom she has developed rapport before bringing it up to the group or department as a whole. During initial conversations, rather than voicing her immediate concerns that the herb could be inefficacious and even pose harm to patients, she might employ open-ended questioning: “Tell me more about this herb I’ve been hearing about for congestive heart failure. What are your observations about its effects? And what do patients think about this herb?”

Maria must also strive to understand the local particularities of the Thai practice of Western allopathic medicine, sometimes referred to as biomedicine, which is present as a healing system all over the world. In the US and high-income countries, biomedicine is associated with several core features. First, the mainstay of the biological and clinical sciences’ knowledge base is derived from human subject research from clinical trials. Second, the focal subject of Western allopathic medicine tends to be an individual human body, rather than a set of social relations, an environment, or an ecosystem affected by illness. Third, Western allopathic medicine dominates clinical practice in the US and many high-income countries, and the majority of biomedical practitioners, are unlikely to practice or endorse other healing modalities with the exception of alternatives such as chiropractics and acupuncture [2].

However, variations on these themes are present in the practice of biomedicine throughout the world. As discussed by physician-anthropologist Arthur Kleinman, multiple forms and cultures of biomedicines exist [2]. In low-resource contexts, particularly in rural areas or at underfunded universities with limited access to cutting-edge clinical literature, evidence-based paradigms tend to become less important as physicians rely on expert opinion and individual empirical experience to guide practice [3]. Additionally, in non-Western settings, it is not uncommon for biomedical practitioners to incorporate aspects of local or traditional healing systems into Western allopathic practice, as seen with Ayurvedic healing in India, classical Chinese medicine in China and Southeast Asia, and traditional medicine in Thailand [4-8].

Understanding not only the local variations in Thai biomedical practice but also its context is key for Maria if she is to communicate successfully about the clinical situation in which she is practicing. First, she must become familiar with the drivers of change at the local medical school. For example, do the Thai clinical professors and students have access to clinical literature, and are they accustomed to reading it? Are continuing medical education courses available, and do health care professionals anticipate changing their practice over time based on such courses? Do Thai physicians look to particular institutions, such as professional associations or the Ministry of Public Health, for practice guidelines? Do physicians learn largely from apprenticeships with other physicians? Which sources of knowledge are respected and which are suspect? Understanding what drives change in Thai biomedical practice can help Maria determine how best to tailor information to her audience, whether this involves presenting professors and students with primary sources about the herb, reviewing treatment guidelines from governing health agencies, or offering to work with other professors and students to see patients with congestive heart failure.

Maria might also explore factors that lead the Thai clinical professors to integrate naturopathy and biomedicine. Traditional healing systems can contribute to national identity by serving as points of pride and cultural uniqueness. Indeed, for this reason, some governments in the global South make traditional remedies available through public health institutions and integrate traditional healing systems into national health care systems [9-12]. Clinicians’ prescription of nonallopathic remedies thus might form part of nationalist projects. Syncretism of biomedicine and traditional healing can also serve local social purposes, such as indicating a physician’s religious or ethnic affiliation and, accordingly, attracting a patient base with shared identities [13, 14].

Maria must also attempt to understand the cultural meanings associated with the naturopathic herb. In much of the world, local, complementary, and alternative healing modalities offer health seekers goods, services, and approaches to wellness and illness that Western allopathic medicine does not. For example, in many traditional healing systems, the focus of clinical intervention is not only the individual body, but also—for patients and families—something larger, such as solidarity within extended kinship groups and the well-being of local communities [2]. Has knowledge about the herb been passed down from generation to generation? Is growing, harvesting, procuring, and preparing the herb a social process thought to benefit many rather than a single patient with congestive heart failure? Use of locally grown herbs can have social and cultural heft because they can signify one’s connection to a specific ethnic group or village, particularly in times of social and cultural change. If locals see long-standing social and cultural practices as at risk from competing paradigms, they might use a local herb as an expression of commitment to family, community, ancestors, or a way of being [13, 14].

Considering the local context of biomedical practice as well as social or cultural rationales for using an herb can better position Maria to discuss with her Thai colleagues the use of an herb for a particular purpose. As medical anthropologists, we have seen diverse results of such conversations. At times, traditional healing modalities serve too many social functions and play too many important cultural roles to be supplanted. At others, local practices are phased out in favor of an allopathic practice. And sometimes, when patient populations strongly favor traditional healing, clinicians compromise by suggesting a symbolic dose of an herb or medicine, small enough to avoid interactions with biomedical treatments. Seeking to reduce rather than fully eliminate the potential for harm often seems to be a realistic approach.

In summary, we offer the following general advice for those involved in cross-cultural health systems development who find themselves in Maria’s dilemma:

We would like to close with a story. When one of the authors (CS) was beginning her career as a scholar of reproductive health, she was conducting fieldwork in a rural West African village. After deliveries there, birth attendants would place dung on the newborn’s umbilical stump to dry it out. The author felt conflicted, as this practice is known to be dangerous in Western medicine [15, 16]. As a foreigner to the community, she pondered whether to say something to the midwives about what she knew from an allopathic perspective. Would they see her comments as disrespectful? When she described her dilemma to an elder woman, who was a respected community leader, the elder responded, “Your duty is to convey what you know. And the family’s duty is to decide what they think is best.” The elder’s statement encapsulates the heart of the challenge posed by the concept of autonomy: sometimes we must respect—at least in the short term—decisions that we might not fully support. 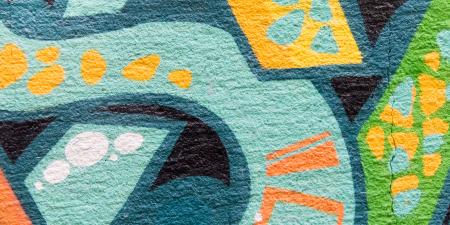 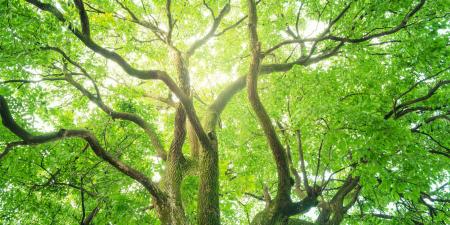 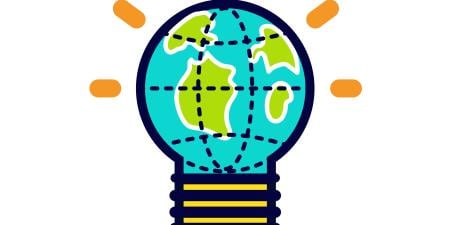 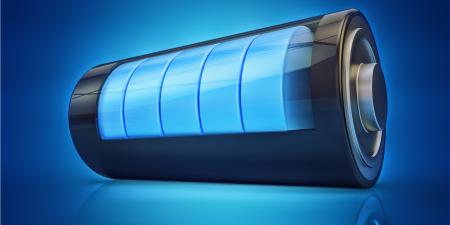