What should a doctor do if a patient refuses useful or even lifesaving care because of cultural or religious beliefs? Does respect for other cultures mean the doctor should acquiesce without a challenge?

In our increasingly multicultural society, physicians are certain to encounter patients whose culture is different from their own. Some of these patients will have beliefs, practices, or health care values that are at odds with scientific medical practice. If a patient wants to pursue treatment that is alternative to and unproven in scientific medicine, should a doctor push the patient to use the treatment that he or she believes will give the best medical outcome? What if the reason for declining care is that the patient is afraid? In some cultures, hospitals are avoided; they are viewed as places where people go only to die. If patients are refusing not just helpful but lifesaving care, is it disrespectful to push back against cultural or religious beliefs that might seriously compromise their medical well-being?

In a recent series of visits to hospitals around the country, researchers from the American Medical Association's Institute for Ethics spoke to doctors and other staff members about their experiences in caring for patients from diverse cultural backgrounds [1]. Though we were not conducting a formal research study on cultural relativism in health care, what we learned can shed light on these challenging ethical dilemmas.

Lesson 1: Cultural Beliefs Deserve Respect, and They Are Not beyond Criticism

We heard about situations where, for cultural reasons, patients or their families initially asked for care that was not appropriate according to Western medicine and perhaps even harmful. The most extreme example of this was female genital mutilation, which no doctor was willing to condone even though it stems from a religious and cultural belief system. This extreme case shows that most doctors are not complete "cultural relativists," who believe that one can never judge another's cultural or religious belief systems. Doctors understand that cultures are malleable, intertwined and, though they are to be respected, they are not beyond criticism.

Philosopher Mary Midgley's well-known essay from 1984, "Trying Out One's New Sword," soundly debunked the notion of extreme cultural relativism by telling the story of an ancient society in which warriors appear to have been allowed to test out their new swords by slicing a few unfortunate wayfarers "from shoulder to the opposite flank" [2]. These acts might have been considered morally acceptable in this ancient society but, Midgley says, we would be wrong to believe we cannot critically appraise them just because we aren't living in that culture.

Midgley argues, in part, that if we couldn't criticize other cultures then, by the same reasoning, we could never praise them either, nor could they ever have standing to praise or criticize us. More importantly, she notes that extreme cultural relativism is internally inconsistent—it claims that we cannnot fully understand other cultures, yet we must respect them. But to truly respect something, one must understand it. So-called "respect" without understanding and the capacity to criticize would be a shallow form of respect indeed.

Among philosophers, Midgley's essay nailed tight the coffin lid on extreme cultural relativism. But among doctors, we could add yet another criticism; when it comes to some medical outcomes, results of decisions can be worse or better in an objective sense, not merely a subjective one. To give a medical example, imagine that members of a certain cultural group believe that most peptic ulcer disease (PUD) results from mental stress rather than infection. Such a belief might be strongly held; it might even have general intuitive appeal—but it would still be scientifically incorrect.

In this way, the mere fact that a belief is rooted in "culture" or even "religion" does not give it privileged status in the realm of medicine—privileged status in medicine comes from studies proving that one's belief reflects what actually happens in most cases. For this reason, unlike many unconventional medical belief systems, science-based medical beliefs actually change frequently, as new data accrue. So while homeopathy still follows the same fundamental understanding of treatment that Samuel Hahneman proposed almost 200 years ago, so-called "conventional" medical treatments have changed dramatically even in the last 20 years [3].

But we chose PUD as an example for a reason: it is a nice illustration of how beliefs and other psychosocial factors can play a substantial role in disease causation, symptoms, and outcomes. A solid body of research demonstrates that social class, stress, and associated risks like smoking, sleeplessness, irregular meals, heavy drinking, and use of nonsteroidal anti-inflammatory drugs, all play important roles in PUD pathogenesis [4]. So even though the cultural belief that stress causes ulcers would be scientifically incorrect, paying attention to culture is critical to a full understanding of this disease and to effective treatment for individual patients.

We learned in our visits that, in the vast majority of cases where patients or families at first seemed to be asking for something inappropriate because of a cultural belief, they were amenable to conventional care once better lines of communication and trust were established. In other cases, caregivers hadn't really understood what the patients and families were asking to do. Once communication improved, good outcomes were common; and what seemed like a cultural barrier turned into a learning experience for both sides.

Many cultural misunderstandings turn out to be easy to fix. In one example, an interpreter explained why Somali women were moving chairs around in the waiting room. It was not culturally appropriate for them to sit back to back with men. In another case, a Seventh Day Adventist kept missing dialysis sessions. The staff were silently frustrated, until it was pointed out that the patient's religion precluded his coming in for routine dialysis on Saturday mornings.

Some encounters turn into broader learning experiences. At one hospital, a Spanish-speaking patient, newly quadriplegic, seemed to be refusing to eat. The staff worried that his refusal was a symptom of depression. When an interpreter became involved, it was discovered that the patient just didn't like the food being offered. He was happy to eat plain eggs and tortillas. Diabetes educators there now ask patients what they usually eat before telling them what foods they should eat. This allows the educators to tailor their recommendations, thereby enhancing compliance.

In other cases, being attuned to the patient's culture was the cornerstone of effective care. At one hospital we visited, a Haitian patient reported abdominal pain. The hospital brought in a voodoo priestess to help with the workup; she determined that the patient was suffering from guilt after having an affair. At that same hospital, a pediatrician reported working with an interpreter to discover that an infant with an electrolyte imbalance was being given a traditional cough remedy containing fish oil and herbs. Once the family understood the risks of giving this mixture to their baby, they stopped.

Lesson 4: Be Cautious about Cultural Stereotyping

Finally, we heard stories of cultural stereotypes leading to misunderstandings. In one instance, an Hispanic patient was dying, and the staff wanted to call a Catholic priest. When one of them pointed out that they should ask about the patient's religion, they discovered that the family was Protestant.

In other cases, patients have come from traditionally family-oriented cultures, and staff sometimes assumed the patient would want the whole family to be involved in decision making. But each patient is different, and each should be asked how he or she wants to handle discussions and decisions about medical care.

Every individual comes from a unique background of health-related values and experiences. In this respect, doctors should consider every single patient encounter to be a "cross-cultural" encounter. Sometimes, patients really would rather risk an unproven treatment than go against their religious or cultural values, and a doctor needs to respect such decisions. Respect, however, does not mean instant acquiescence; respect actually demands forthright, honest, and clear communication to safeguard against misunderstandings or stereotyping. Patients deserve to make their own decisions about their care, and they also deserve to make those decisions with the best information available. 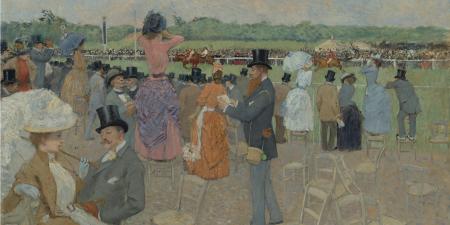 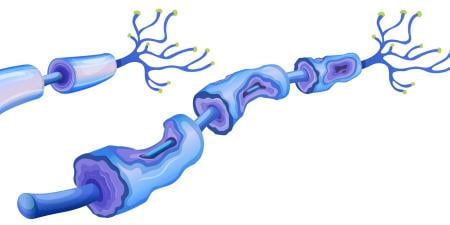