Dr. Pittman was nearing the end of her shift at a busy community clinic on a Friday afternoon. Her last appointment was with a new patient, Dayton, a 6-year-old boy who, according to his parents, had an earache. Dr. Pittman quickly diagnosed otitis media and talked with Dayton’s parents about treatment.

Dayton’s behavior troubled Dr. Pittman far more than his inflamed eardrum. He did not make eye contact or respond to her questions. He flinched whenever she approached him, cried out in fear when she peered in his ear with an otoscope, and hopped up and down, shaking his hands compulsively, several times during the visit. When Dr. Pittman questioned Dayton’s parents about his behavior, they told her he had been diagnosed with autism at age 4. His development, they said, was delayed.

She asked what treatment Dayton’s parents had sought for him, and the answer shocked her. They were members of the autism self-advocacy movement and believed that Dayton’s condition was simply an example of neurodiversity and was not pathologic. They clearly adored their son, doting on him during the clinic visit and telling Dr. Pittman how they home-schooled him after the public school system failed to meet his social and educational needs. They accepted Dayton as he was and were determined to provide him with lifetime care.

Dr. Pittman viewed Dayton’s situation differently. She knew that with proper therapy and medication his condition could improve considerably—but only if treatment were begun as soon as possible. She worked at a nearby autism clinic, where Dayton could probably qualify for long-term treatment. When she mentioned this to Dayton’s parents, they wanted nothing to do with it. They were adamant in their belief that Dayton’s condition required no medical intervention.

Dr. Pittman had encountered many adult patients with culture-based opinions about their health problems that she found hard to understand, but this was the first time she’d disagreed so fundamentally with parents about a situation that she believed would harm their child by limiting his future opportunities. She fought the urge to reprimand them for what she considered their neglect of his debilitating developmental problem. Did their treatment constitute child endangerment, she wondered? Would she be justified in contacting a child protection agency?

Medical practice involves moral obligations, and, inevitably, conflicts arise between those obligations. Ethics is a way of examining different or competing moral claims in a given situation, a framework for identifying the “should.” In this case, the first step in understanding what should be done lies in identifying the competing moral obligations that create tension. Using the familiar principles of biomedical ethics, duties—to respect autonomy, to promote well-being, to avoid harm, and to act justly—have to be considered.

When the patient is a child, the duty to respect autonomy has to encompass his or her developing autonomy as well as that of the parents. Young children are generally presumed to have autonomy that is incomplete—due to age and cognitive development—but not inconsequential; the ultimate goal of pediatric medicine is to help children develop into autonomous, healthy adults. In this case, maximizing Dayton’s future autonomy seems an important manifestation of the duty.

When a child’s autonomy is limited, we usually rely on parents as decision makers. That reliance derives from our beliefs about the parent-child relationship and our social and political notions about the family and its rights to privacy. We presume that parents are the best decision makers for children because they have a privileged understanding of the child’s best interests and are likely to have them—or at least the child’s good-enough interests—at heart.

Still, our duty to respect parental choices is not absolute; respect for autonomy does not trump other moral obligations of medicine. Additionally, the duty to respect autonomy does not transfer perfectly from the child to the parent. We recognize a duty to respect bad choices made by competent individuals for themselves, but we don’t recognize the same duty when parents are making choices for children. We stand prepared to set limits on parental decisions, particularly when the parental choice puts a child in imminent danger, when we suspect that the relationship is abusive, or when parents seem to lack decision-making capacity. In the case at hand, there is no reason to suspect an abusive relationship between parents and child; in fact, Dayton’s parents appear loving and generous. Similarly, there is no evidence that the parents lack decision-making capacity. Their belief that autism is a nonpathologic example of neurodiversity is uncommon, but it is not delusional.

The question about imminent danger is harder and requires interpretation of the literature on treatments for autism and outcomes. If treatments are effective and failure to treat will likely cause severe and irreparable damage to current health or future autonomy, the duties to promote well-being (beneficence) and to avoid harm (nonmaleficence) are likely to outweigh the duty to respect parental autonomy.

The duties of beneficence and nonmaleficence oblige us to consider the meaning of well-being and harm. We ought to be clear that the medical definition of good health is only one facet of wellness. In every case, the relevant definitions of well-being and harm have to reflect the patient’s broad experience and individual perspective. In this case, as Dayton is unlikely to be able to articulate his own notions, we rely on his family. In doing so, we do not hold parents to the highest standard and ask that they consider only the interests of the child. We accept that the family may reasonably balance benefits and harms for the child with those of the family. We set a limit when it seems that the child’s interests are inadequately represented.

This case includes apparent conflicts in two areas. The physician’s duty to respect parental autonomy and decision-making authority is challenged by her duty to promote Dayton’s well-being and optimize his future autonomy; conversely, her duty to promote Dayton’s well-being is in tension with her duty to avoid harm to the family’s interests in raising him according to their belief about what constitutes his well-being. Within these conflicts lies the specific question for the physician: what might justify overriding the parents’ decision to reject medical interventions for autism.

Doug Diekema sets out eight conditions for state interference with parental decision making, which can serve as a useful template for the situation Dr. Pittman must navigate [1]:

This list makes clear that, in this case as in so many others, good ethics requires good facts. A richer understanding of the parents’ intentions and goals for Dayton is important. We understand that they do not wish to label the boy as abnormal, but they want him to thrive and be happy. It isn’t clear that their rejection of medical intervention for autism means they have rejected all therapy. Parents of physically and mentally healthy children accept therapies to enhance behavior, improve school performance, or treat chronic health problems; Dayton’s parents might, too.

Data on the outcomes of therapies for autism are needed to assess the effectiveness of available treatments and the likelihood of imminent or irreversible harm due to refusal of intervention. Numerous articles report on a wide array of psychopharmacologic, behavioral, educational, and complementary/alternative treatments for autism, with a broad range of results. Justification for overriding parental refusal of therapy is strongest when the therapy is known to be highly effective and low-risk and other options are inadequate. A recent review article by Susan Levy notes that the weight of the available evidence suggests that early intervention improves outcomes, but that data for long-term prognosis are scarce, and concludes that more knowledge about neurobiology and effective treatments is needed [2].

Even if there were no questions about the short- and long-term efficacy of autism treatments, the justification for contravening parental decisions requires that harms be “significant” and “imminent” and that the treatment not carry significant risk. Interpretation of these terms is seldom black and white, particularly in the case of a condition like this, for which outcomes vary widely.

Beyond questions of justification, there are excellent practical reasons to avoid overriding parental refusal in this case. Most of the early-intervention therapies for autism are highly dependent on intensive parental involvement. Forced participation is unlikely to be successful. There is evidence that family stress is an independent predictor of failure of autism therapies [3]. Antagonizing the parents by imposing treatment may result in their avoiding Dr. Pittman or medical care altogether. Another approach, one that seeks to optimize the therapeutic alliance with this family seems much more likely to realize the desired outcome: promoting the child’s short- and long-term well being.

A therapeutic alliance is a dynamic and interactive partnership between parents and physician that focuses on negotiating mutual goals and collaborating to meet them. A powerful therapeutic alliance with parents is critical to success in pediatric medicine. At this point in the case, we know only that these loving parents and the well-meaning physician both want what is best for Dayton and that they disagree on just what that is. Behind the conflict is the mutual goal of promoting the well-being of a vulnerable child. Dr. Pittman must use this mutual goal to establish an alliance that will open the door to collaboration and negotiation.

What Is an Ethically Informed Approach to Managing Patient Safety Risk During Discharge Planning?

When Is It Appropriate to Put a Live Donor at Risk to Help Another Patient? 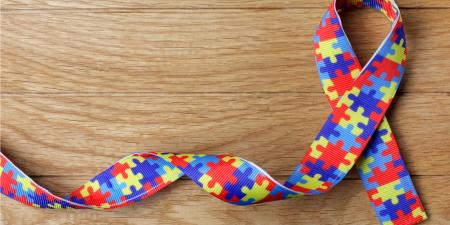 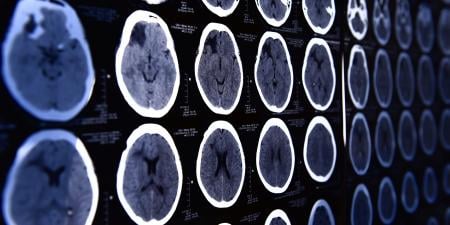