Dr. Charles, a gastroenterologist, had been volunteering one night per week at a charity clinic that was operated by a group of Roman Catholic physicians and nurses. Although these physicians and nurses started the clinic as a way to live out their Catholic faith, they welcomed volunteer staff members of any faith or no faith who wanted to treat the underserved in their clinic. There were many non-Catholic physicians who volunteered at the clinic, of whom Dr. Charles was one.

For some months he had been treating Ms. Bates, a 23-year-old waitress with no insurance who had Crohn’s disease. Together, they were able to keep her disease under control with a drug regimen she could afford. In the process they developed a good patient-physician relationship, and she viewed Dr. Charles as her primary physician since she had no other regular doctor.

At one of her visits, after they had discussed her health status, she said, “Dr. Charles, I’ve got something else I want to talk to you about. I’ve got a boyfriend now, and we’re having sex. I’m really worried about getting pregnant. I barely have enough money to take care of myself, especially with the Crohn’s. I don’t think I could manage if I had a baby. I know about condoms, but my boyfriend doesn’t always use them. Is there anything you can recommend for me?”

Dr. Charles paused. He believed the Catholic Church’s position on birth control could be bent when a woman’s health might be compromised by pregnancy, and if Ms. Bates had come to him in his private clinic, he would gladly have counseled her about contraception. Indeed, he felt it to be his obligation as a physician to provide such counseling. He was aware that Ms. Bates did not have access to another physician due to her financial situation. It was this clinic’s policy, however, to follow the teaching of the Catholic Church, and it did not allow clinicians to recommend any method of birth control except total abstinence or periodic abstinence (the rhythm method). He had known about this policy, but as a gastroenterologist had not given much thought that the issue would come up in his practice.

Dr. Charles faces a situation in which his personal values conflict with institutional policy. As a physician with a fiduciary relationship to his patient, he seeks to act in the best interests of and in accordance with Ms. Bates’ wishes—within the limitations of care for the underserved. Many physicians confront situations in which personal goods or values (religiously or secularly based) conflict with the values either of an institution at which they practice or perhaps even of the profession itself. How one attempts to negotiate such conflicts is not only a matter of moral integrity but of fulfillment of professional, fiduciary, and contractual obligations.

To gain insight into the present case, it may be useful to examine an analogous relationship. Joining a profession (taken from its Latin root profiteri, or “to profess”) entails an “an active, conscious declaration, voluntarily entered into and signifying willingness to assume the obligations necessary to make the declaration authentic” [1]. A profession has a code of conduct and values and an expectation that individuals who enter into the profession will abide by them, sublimating or setting aside personal values in favor of the shared goods promoted by the profession. The key distinguishing feature is a voluntary willingness to assume the shared values upon entry into a specific profession. Such an act has been called a “covenantal relationship” implying a strong obligation and responsibility to uphold the shared goods of the profession [2]. This covenantal relationship contrasts with differing levels of obligation that derive from other types of relationships.

It may be argued that Dr. Charles has entered into a “contractual relationship” to provide services at the charity clinic. He now finds his personal values in conflict, not necessarily with the covenantal values of the medical profession as in our analogy, but with those of an institution that has a narrower set of moral norms than the profession. This conflict exists within the contractual relationship between an individual and an employer. While he may not have anticipated a conflict within his subspecialty of practice, it may be said that Dr. Charles either explicitly or implicitly agreed to abide by this set of moral norms in voluntarily entering into practice within this facility. Hence, it could be argued that direct contraception counseling is construed as a violation of his contractual obligations with this particular institution.

Medical necessity and limited access to resources, however, also play a role in the gravity of the situation. While Ms. Bates’ medical condition (Crohn’s disease) would not directly jeopardize her health or that of the fetus during pregnancy, there is the problem of limited financial resources if pregnancy occurs. Would Ms. Bates have the resources to adequately care for the child and would those demands place a disproportionate burden upon her, perhaps even requiring a diversion of financial resources away from her own medical care to the potential detriment of her health? Ultimately, Dr. Charles must proceed in a manner that is in line with his own conscience and understanding of good medical practice, while recognizing that he is undertaking an act of conscientious objection and may be subject to contractual penalties for diverging from the institution’s established moral code and his obligations to uphold them. It might be argued that the contractual relationship establishes a relative set of obligations and responsibilities that must be carefully analyzed and evaluated, even though they may be of a differing and perhaps less absolute quality than those corresponding to his covenantal relationship with his profession. Dr. Charles must evaluate his potential actions in light of his contractual obligations in the context of his fiduciary responsibilities to the patient at hand.

While the options available for specific action within the charity clinic may be limited, Dr. Charles can arrange continuity of care for Ms. Bates should he deem it medically necessary that she receive contraception counseling and access to resources. Although Ms. Bates’ lack of access to traditional health care and her probable inability to obtain services elsewhere hinders a direct transfer of care, a few options may be proposed. With regard to the procurement of contraceptive methods, Dr. Charles may recommend referral to a facility that provides resources to low-income patients (such as family planning organizations). This recommendation would raise the issue of moral complicity, but, it may be argued, the material complicity (rather than formal complicity) that results would not necessarily violate his contractual obligation to the clinic. Likewise, should Dr. Charles find it necessary to counsel Ms. Bates directly, such counseling could take place at Dr. Charles’ primary institution where these particular restrictions are not in place. It could further be argued that Dr. Charles has no obligation to bill for services rendered at his primary institution given previous billing at the charity clinic. While this might be viewed as more formal than material complicity, such actions would need to be evaluated in light of his contravening contractual obligations.

Having realized the potential for conflict with this case, Dr. Charles is challenged with the question of whether it is acceptable to continue in his employment at the charity clinic. His discussion is contingent on several factors: the institution’s reaction to his actions (if the administration becomes aware of them or he makes them aware), the likelihood of similar situations occurring, and an evaluation of the strength of the contractual obligations and responsibilities placed upon him during his employment at the charity clinic. In light of his experience in this situation, Dr. Charles may be inclined to advocate for policy revision to assist patients in similar circumstances. While there may be many barriers to change, given the hierarchical structure of the Roman Catholic Church and adherence of each institution to those shared ethical and religious directives, Dr. Charles must again weigh the potential benefits of rightfully advocating for what he believes is in the best interests of his patients against the potential harms of doing so under penalty of violation of his contractual obligations to the institution.

Frank A. Chervenak, MD and Laurence B. McCullough, PhD
Oct 2009 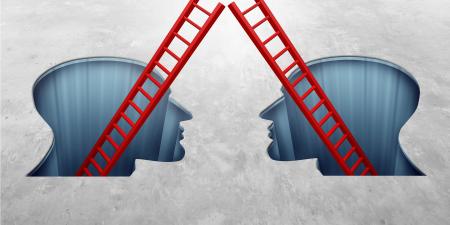