Mr. Edwards arrived in the emergency room with colicky flank pain and hematuria. A noncontrast CT scan demonstrated an 8 mm stone in his left ureter. He was admitted to the hospital under the care of the urology service. The CT scan also showed a pancreatic head mass. After further work-up during the hospitalization, the mass was diagnosed as pancreatic adenocarcinoma. An oncology surgeon was consulted.

Dr. Sanders, the surgical oncologist, went to Mr. Edwards’ room to discuss the diagnosis. He explained that pancreatic cancer was a very deadly disease, and that Mr. Edwards’ only real hope for any long-term survival was to undergo pancreatoduodenectomy (Whipple procedure) soon. Even with the operation, Dr. Sanders explained that Mr. Edwards’ chances for survival were slim and that the operation carried significant risk for morbidity. Nevertheless, Dr. Sanders reminded him that without the operation his chance for survival was essentially nil and strongly recommended that he undergo the procedure as soon as possible while the tumor was still resectable.

Having heard Dr. Sanders’ recommendation, Mr. Edwards, who was 64 years old, responded, “Well, Doc, I think I understand. I’ve got no shot without the surgery, and a slim shot with it. I appreciate that you think I should have the surgery, but I’m not so sure. You see, I’m a man of faith, and I figure I’m ready to meet my maker. I’ve lived a full life, and I’ve got no regrets. I feel safe in the Lord, and I don’t want to spend my last days in the hospital recovering from surgery, even if that means losing my shot at living another year or two longer. Nope, I’m going to choose quality over quantity, and live out the rest of my days waiting for the Lord to call me home.”

Mr. Edwards’ wife and two grown children, who were present, began to argue with him and urge him to reconsider. Nevertheless, Mr. Edwards remained peacefully steadfast that he did not want the operation. Dr. Sanders suggested that they all take some time to think about it and talk it over and told them that he would return the next day to discuss things further. As he was leaving the room, Mr. Edwards’ son caught him and told him quietly, “Doc, you’ve gotta talk him into this tomorrow.”

After he had left the room, Dr. Sanders was not sure what he would do the next day. His natural inclination was to be aggressive, especially in tumors found this early. He had had patients in the past who were scared or confused and reluctant to have a Whipple, but whom he had convinced. But Mr. Edwards was different. He seemed to be at peace with his situation and to have understood everything. Dr. Sanders was not particularly religious, but the strength of Mr. Edwards’ convictions and the serenity it brought him impressed him. Dr. Sanders was not so sure that the Whipple was the right thing for him.

Respect for patient autonomy is a pillar of medical ethics [1]. In the 21st century physicians no longer tell the patient what to do when a diagnosis is made; rather the physician communicates—in terms suitable for the nonmedically trained person—an interpretation from the findings of the physical examination and various tests. The interpretation includes a diagnosis of the disease, possible courses of action with inherent risks as well as benefits of each action, and sometimes a recommendation, evidence-based if possible. Three terms for medical decision making are shared decision making, informed decision making, and evidence-based patient choice; but all retain strong physician input [2]. Dr. Sanders hopes that Mr. Edwards is capable of processing the information presented in the office, and he knows that many patients seek additional input from family, friends, and research on the Internet or in a library. An additional source of counsel may be related to the patient’s cultural background or faith system such as a senior family member, minster, rabbi, imam, or spiritual director. Numerous polls, interviews, and published studies reveal the high percentage of the U.S. public for whom personal faith plays a role in viewpoints on healing and health, especially in a life-threatening or an end-of-life event [3-5].

Once the diagnosis is explained to a patient like Mr. Edwards and perhaps the patient’s family, the physician who respects patient autonomy becomes a resource for requested information and advice but does not attempt to force a particular decision. From a physician competency standpoint, professionalism, communication, and interpersonal relations are involved in addition to medical knowledge and patient care. Mr. Edwards appears to be the only person involved who initially does not favor the surgical procedure option. His wife and children want him to agree to the operation, and the son pressures Dr. Sanders to assist them in reversing Mr. Edwards’ decision. The clearly articulated reasoning for refusing the Whipple on religious and quality-of-life grounds impresses Dr. Sanders, who appears to respect the decision.

There are an estimated 42,470 new cases of pancreatic cancer in the United States in 2009 that will result in a projected 35,240 deaths. Cancer of the pancreas is one of the most lethal diagnoses. A third of patients who undergo a pancreatoduodenectomy experience a significant morbidity, though mortality is now in the low single digits at major centers [6]. Given the poor but not completely hopeless prognosis of pancreatic cancer, the preceding case study raises several questions.

Any competent adult has the right to invoke his faith in God to justify refusal of treatment, even when an intervention offers the only chance of prolonged life. But, (1) does Dr. Sanders have an obligation to advocate for surgical intervention because of the slim chance of increased survival? (2) Should the plea from Mr. Edwards’ family influence Dr. Sanders’ advocacy for intervention if the physician personally can understand and even respect Mr. Edwards’ decision? (3) What effect will Dr. Sanders’ own personal faith—or lack thereof—have on his respect for and understanding of the patient’s faith-based decision making?

One hundred years ago Sir William Osler offered timeless advice to the medical community on recognizing the various expressions of faith involved in health and healing: existential religious faith, faith in the medical system, faith in the doctor, and faith in the specific medical treatment [7]. As the rationale or even wisdom of a faith-based decision to refuse intervention is pondered, examples or precedents come to mind. A modern example is the Jehovah’s Witnesses’ religious proscription against blood transfusion. While many medical professionals have little or no understanding of the Jehovah’s Witnesses’ use of the Hebrew Scripture’s condemnation of ingesting blood, an almost universal agreement has been reached to respect (or at least accede to) this belief and refer holders of this belief to medical and surgical practitioners who specialize in care that avoids using blood. Any adult whose mind is clear and who has adequate information should be respected for invoking religious beliefs as part of medical decision making, even if the decision runs counter to family or physician opinion. Treating cancer surgically has not stirred up religious controversy, and therefore the respect (grudgingly or otherwise) accorded to the person who refuses an abortion or stem-cell therapy is not automatically conferred on the person who refuses a risky surgical procedure that offers some hope for improvement.

Because any operation has risks, the physician who advocates for tumor resection must be honest about quality of life as well as possible benefits. The physician’s obligation is to communicate clearly and honestly, not to “win” a debate. Even if the patient were refusing the operation based on fear of a surgery or the complications, the physician could offer appropriate assurance but no guarantees. Dr. Sanders can offer a possible 10 to 20 percent 5-year survival if the operation is performed versus an almost-certain brief survival period—although the quantity and quality of life is uncertain for both choices. When the physician strongly believes a poor choice is being made, it is his or her responsibility to communicate clearly understandable data, answer questions honestly, and attempt to understand why the patient has made the choice. It is not his or her duty to try to force a change of mind, even if family or others agree with the physician [8].

A physician such as Dr. Sanders, described as “not particularly religious,” is unlikely to be influenced by his own beliefs. Several studies suggest that a number of physicians hold religious and spiritual beliefs that might affect their practice but the actual influence of these beliefs on their practice is unclear [9].

Edmund Pellegrino, the father and dean of modern medical ethics, says that, in our current pluralistic society, “universal agreement on moral issues between physicians and patients is no longer possible” [10]. While the personal decision to forgo medical intervention may or may not be a moral issue for the patient, the physician who feels strongly that intervention is in the patient’s best interest may feel a moral obligation to communicate that opinion to the patient. The caveat is that all medical and surgical interventions carry risk, and the physician who forces a viewpoint on a reluctant patient—regardless of the patient’s rationale of fear, religious convictions, or family input—not only weakens that patient’s exercise of autonomy but might be assuming responsibility for a poor outcome. The physician makes recommendations, the patient makes the decision. When the physician feels assured that the patient has all the data and understands the benefits and the risks, the physician should respect the patient’s choice. 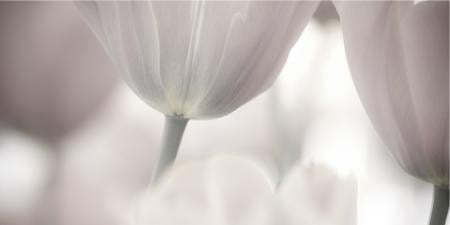