Dr. Mark Bernard's private internal medicine practice on Manhattan's Upper West Side serves mostly affluent patients. One afternoon, Dr. Bernard noticed that Luis, the hotdog vendor whom he regularly patronized, was wheezing. Dr. Bernard commented on Luis's labored breathing and invited him to come by the clinic after work.

At the office that evening Dr. Bernard confirmed his suspicion: Luis had asthma. After taking Luis's peak flow meter reading, Dr. Bernard gave him a free sample of a combined beta-agonist and steroid inhaler. Luis was otherwise healthy but said he had no medical insurance, so he had not sought treatment when he started feeling short of breath. He was grateful for Dr. Bernard's help.

Over the next several days, Dr. Bernard stopped by to see Luis and saw that his breathing had improved significantly. Luis thanked him profusely, and Dr. Bernard was glad to have helped. Going through medical school in the late 1960s, he had admittedly idealistic aspirations of serving patients like Luis. Now he sometimes asked himself how he ended up serving the population he did.

"Come back when your inhaler runs out," Dr. Bernard told Luis.

The next month Dr. Bernard gave Luis another free sample. Then a few more disadvantaged people from the area began showing up at Dr. Bernard's office; clearly, Luis had told some of his friends about Dr. Bernard. At first Dr. Bernard fit them in between appointments and sometimes during lunch. He provided free care and distributed samples when he had some available. For those who needed medication that Dr. Bernard did not have on hand, he wrote prescriptions, hoping they could afford to have them filled. There was nothing he could do for patients who needed drugs that he did not have available or care he could not provide, so he referred them to a local free clinic, which was notoriously inefficient and difficult to access. Dr. Bernard did not pry into why these patients were uninsured or not on Medicaid rolls. He surmised that some of them were undocumented immigrants. While Dr. Bernard could not provide appropriate care for all his drop-in patients, on the whole he felt his help was making a difference.

Two months after first helping Luis, however, Dr. Bernard had unscheduled patients coming to his office every day. He asked Luis not to tell anyone else about his practice, but that did little to stem the flow of needy patients. Although he wanted to help them as much as he could, he simply did not have enough time, and some of his paying patients had remarked to him about the noticeably different clientele that now gathered in his waiting room. Dr. Bernard wanted to continue caring for his indigent patients, especially the children among them, but it was becoming unsustainable.

It seems that Mark Bernard is experiencing a moral awakening. The decisions he undertakes at this crossroad will certainly affect his professional life as well as his future personal happiness. To assist him in making a wise decision it would be prudent for him to first clearly understand what it means to be a physician and then to reflect carefully on his personal situation.

The Nature of the Medical Profession

A physician is a professional who "professes" the willingness to use his or her specialized knowledge and skills, not for his or her own purposes, but for the benefit of others, especially the sick and suffering. This is the basic moral meaning and commitment of the vocation. This professional commitment remains—as in ancient times—a fundamental value because the human condition of fragility and the need for a healing relationship between patient and caregiver has not changed in spite of all the social and technological advances of modernity. This means that after being asked to provide medical services, the physician is expected to base a response primarily on the patient's probable (impending) needs and on his or her ability to provide them, and not on the patient's ability to pay. It has been the physician's attitude of altruism and compassion toward those in need that has earned society's high esteem and trust [1]. This is also what motivates many young people to enter the medical profession.

At the same time, it is understood that the physician is entitled to make a living from his or her practice. Even if all patients deserve the same effort and the same attention, the physician will be mindful of their differing ability to pay for time and services received. For centuries, most physicians provided for themselves and their families by a custom of variable billing: they would charge full fees to the rich, expect less remuneration from the middle class, and treat the poor with little or no expectation of being paid. Only during the past 100 years has a different system emerged. Physicians now have more or less standard fees, and the patients have an insurer who pays these fees on their behalf. Those who pay the physician directly are either the very rich (who do not need insurance) or those who, for a variety of reasons, are unable to purchase insurance. In places where affluence is prevalent, it may seem that a physician can expect payment for every patient for every service and not need to work without compensation. Yet, this is an illusion; there are always people with unmet medical needs who are unable to access regular practitioners. They could be helped by a physician who would provide what the legal profession calls pro bono services.

The fact is that people who are socially and economically most disadvantaged are least likely to have satisfactory insurance coverage or regular medical care; hence, they have many illnesses and disabilities that are in need of medical care. For this reason, the Code of Medical Ethics of the American Medical Association states, "each physician has an obligation to share in providing care to the indigent" [2]. The code does not specify how much of one's professional time should be devoted to this purpose, whereas some associations of lawyers have indicated to their members that they expect at least 50 hours of pro bono work per year. Consequently, for many physicians, the right amount of time and the recipients of uncompensated care are matters of personal decision.

In his dealings with patients, Dr. Bernard certainly exhibits an attitude of compassion leading to altruistic behaviour, and in this respect he is fulfilling a fundamental professional commitment. He now needs to determine some boundaries; how much time can be devoted to uncompensated care? And, how many patients can be seen within the allotted time?

There are several possibilities open to Dr. Bernard. If he is quite wealthy, he may reflect that a high income is no longer that important to him. In that case, he could decide to transfer care of his affluent patients to his colleagues while he embraces the vocation of providing service to those who need it most but can least afford it. He may see this action as a glorious final part of his professional career and the fulfillment of his idealistic aspirations of earlier years. A practice devoted totally to underprivileged patients may give him a great deal of satisfaction, but he needs to be prepared for some unpleasant consequences, like the need to move out of his comfortable and expensive office and move to a more humble working space.

Alternatively, Dr. Bernard may realize that, given his current personal and family situation, he cannot afford to serve only indigent patients but he can accept some reduction in his income. In this case he can work out a formula that will provide a sustainable balance of both types of clientele. For example, he may reserve one day a week for booking patients who are uninsured or have Medicaid. Certainly, a disruption of his schedule by people who walk in can be avoided. He is no more obligated to see an indigent patient who did not obtain an appointment than to see any other patient whose problem does not require urgent attention. Alternatively, Dr. Bernard may also choose to work one day a week for an agency or clinic that serves such populations; this way he is volunteering his own time but not the time of his staff. He may even work at improving the efficiency of the local free clinic.

Yet Dr. Bernard may instead determine that his 2 months of work for the underprivileged patients were too costly for him. Even if he has a strong desire to serve the poor, he may not, at the present time, be able to devote much time to this pursuit. He may plan to get some financial stability, reduce his expenses, and then resume his altruistic work with uninsured poor patients.

In the interim, he does not have to ignore the voice of his conscience, because there are many other things he can do. He may convince another colleague, perhaps someone planning to retire, to accept his low-compensation patients, or he may decide to advocate with his local medical society or his local government for better access to services for uninsured or underinsured patients.

The avenue that Dr. Bernard chooses can be ethically right and proper for him, providing that he reflects on his professional responsibility, pays attention to his conscience, searches his own heart for his innermost needs and aspirations, and considers his personal situation.

We hope that Dr. Bernard will arrive at a satisfactory resolution without forgoing his resolve to help. His impending dilemma is a needed reminder to us all that altruistic behaviour born of compassion requires not only an open heart but also some resolute and intelligent planning. It is at this junction that altruistic behaviour can be understood and undertaken as a freely chosen moral obligation resulting in personal fulfillment. 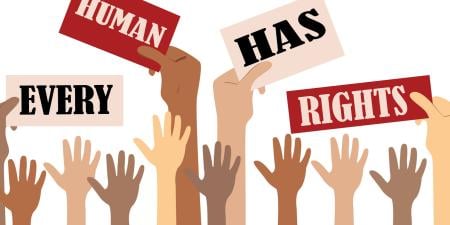