It is no secret that medical residencies are tremendously challenging positions. Being a resident physician often means long, grueling hours of patient care, a relatively small salary for the hours worked, and a steep learning curve of training and education under the scrutinizing eyes of seasoned physicians and fellow residents. The process for securing a residency is no leisurely stroll, either. Participation in the National Resident Match Program (NRMP), also known as “the match,” is a competitive endeavor in which medical students vie for a coveted residency placement at one of several institutions of their choice; their ranked selections are factored against the choices of those institutions by an automated algorithm that makes the final determination. Although most medical school graduates accept that participating in the match and a residency program accredited by the Accreditation Council for Graduate Medical Education (ACGME) is the only way to become a licensed physician, a small group of physicians sought to challenge this system through legal action starting in 2002 with Jung v. Association of American Medical Colleges (AAMC)—a case that ultimately led to the legal solidification of this system for the foreseeable future [1].

Basis of the Litigation

The parties. In 2002, a group of three physicians led by Paul Jung, MD, a research fellow at the Johns Hopkins University, brought a class action suit on behalf of all current and former medical residents against a group of defendants that oversaw and participated in the match process and employed medical residents [2]. The size of the group of residents being represented by the suit was considerable, including all persons who had been employed as resident physicians since 1998 in programs that were accredited by the ACGME, as well as physicians in ACGME-accredited fellowships [1].

Those in the defendant class were categorized into two specific groups: “organizations and associations that participate[d] in the administration of graduate medical education in the United States” [3], e.g., the AAMC, NRMP, and ACGME, and “universities, medical schools, foundations, hospitals, health systems and medical centers that sponsor[ed] medical residency programs” [3].

Anticompetitive claims. The resident plaintiffs argued that the organizational and institutional defendants, through the match, had imposed anticompetitive restraints on medical residency placement and hiring by quashing the prospective residents’ ability to negotiate the terms of their employment contracts, resulting in fixed and depressed compensation packages [4]. The legal basis for the residents’ claim was that it violated Section 1 of the Sherman Antitrust Act, which holds that “Every contract…or conspiracy, in restraint of trade or commerce among the several States, or with foreign nations, is declared to be illegal” [5]. The Sherman Act is one of three core federal antitrust laws that regulate commerce in the United States, but some violations of the act may not necessarily be deemed illegal if the parties involved in the suspect activity can demonstrate that the restraint on trade is reasonable [6].

Those accusing the defendants of acting unreasonably in their restraint of residents’ employment terms characterized the conspiracy as having three interdependent components. The first concerned forced participation of fourth-year medical students who want to enter residency in the NRMP, a system that allows no negotiation [7]. The residents alleged that the “system eliminates a free and competitive market and substitutes a centralized, anticompetitive allocation system that assigns prospective resident physicians to a single, specific and mandatory residency program” [8] and that the organizational defendants—including the American Board of Medical Specialties (ABMS), the ACGME, and the NRMP—“designed and implemented [the match] and collectively agreed to comply with it in violation of antitrust laws” [8]. They argued that what made the match anticompetitive was how the process was carried out. Medical students have to enter into the match, because without ACGME-accredited training physicians are unable to receive specialty certification with a member board of the ABMS [8]. And, without being certified by a specialty board under the ABMS, residents would be unable to practice in their given specialty upon completion of their residency [8]. Thus, according to the plaintiffs, medical students had no choice but to enter into the match and contractually agree to the procedural terms and conditions established by the organizational defendants with no opportunity to negotiate those terms in an open, competitive marketplace [8].

The second component of the alleged conspiracy focused on the ACGME accreditation system. The plaintiffs asserted that the ACGME, in working with institutional defendants, did the following: (1) regulated the number of available residency positions; (2) made the NRMP match result permanent by imposing “substantial obstacles to the ability of a resident to transfer employment from one employer to another during the period of a residency” [9]; (3) encouraged and/or required medical institutions to participate in the match as a condition for receiving accreditation; and (4) directly reviewed “compensation and other terms of employment with the purposes of fixing and depressing” them [9].

The third and final component of the alleged conspiracy concerned the defendants’ exchange of information on residency compensation and other employment terms through a variety of surveys and databases. According to the plaintiffs, the sharing of this information between organizational and institutional defendants had the “purpose and effect of standardizing and stabilizing compensation and other terms of employment” [9]. The plaintiffs argued that residency employment information was communicated primarily through two avenues. First, the AAMC gathered information from 375 teaching hospitals and health systems about their residency compensation and made those aggregate findings available through an annual report [9]. Second, similar types of residency compensation data were maintained in the American Medical Association’s Fellowship and Residency Electronic Interactive Database, which was accessible to hospitals and health care systems interested in reviewing residency compensation across the country [9]. The result of this information’s being so widely available to institutional defendants, as claimed by the resident plaintiffs, was that it allowed them “to fix resident salaries and benefits each year at depressed, anticompetitive levels” [9].

Although the case against the match and residency programs began in a federal district court room in 2002 and would continue in some form for several years to come, a quickly maneuvered legislative action in 2004 ultimately determined the fate of the Jung case. In the spring of 2004, the United States Congress was debating and preparing to vote on the Pension Funding Equity Act of 2004, legislation designed to update the interest rate for calculating employee pension contributions [10]. Although neither the House of Representatives nor the Senate had openly discussed the Junglitigation, lobbying efforts by the AAMC and the American Hospital Association sought to amend the Pension Funding Equity Act with provisions that would directly address the matters being raised by the plaintiffs in Jung—specifically, whether the current residency system violated antitrust law [11]. As the final version of the pension legislation emerged from the congressional conference committee in early April 2004, it contained an amendment entitled “Confirmation of antitrust status of graduate medical resident matching programs” (Section 207) that had been sponsored by Senators Judd Gregg of New Hampshire and Edward Kennedy of Massachusetts [11].

Section 207 framed the current residency system as an effective, procompetitive process that had for 50 years successfully placed medical students in the residency programs of their preference [12]. Furthermore, the congressional findings reported in Section 207 noted that “[a]ntitrust lawsuits challenging the matching process, regardless of their merit or lack thereof, have the potential to undermine this highly efficient, pro-competitive, and long standing process” [13] and that legal assaults on the match “would divert the scarce resources of our country’s teaching hospitals and medical schools from their crucial missions of patient care, physician training, and medical research” [13].

On April 8, 2004, Congress passed the Pension Funding Equity Act, and President George W. Bush signed it into law. The Section 207 amendment had two major legal effects. First, the provision confirmed that “it shall not be unlawful under the antitrust laws to sponsor, conduct, or participate in a graduate medical education residency matching program, or to agree to sponsor, conduct, or participate in such a program” [14]. Second, in relation to the first statement, the provision held that “evidence of any of the conduct described…shall not be admissible in Federal court to support any claim or action alleging a violation of antitrust laws” [14].

Impact of Legislation on Litigation

Both the plaintiffs and the defendants in Jung attempted to reposition their stances around the new legislation. The court’s analysis began with the first part of Section 207’s legal effect. The defendants argued that, because of Congress’s passage of Section 207, it was no longer “unlawful under the antitrust laws to sponsor, conduct, or participate in the Match or to agree to sponsor, conduct or participate in the Match” [15]. The court acknowledged that, while this was true, the claims asserted by the resident plaintiffs were a combination of interconnected elements that involved the match but were also distinct from the resident assignment system; therefore, other illegal conduct, e.g., price fixing, could still be present. As the court reasoned, even though the match was deemed lawful by Congress, the use of the match to further illegal activity would still make the match an illegal enterprise [16].

In an effort to have the case dismissed, the defendants then pointed to a part of Section 207 that barred the inclusion of any evidence about the match from federal court cases. Because “using allegations related to the Match to support any antitrust claim, price-fixing or otherwise” [16] could not be allowed, the plaintiffs argued that its claims of conspiracy by the organizational and institutional defendants need not rely on allegations involving the match [16].

The court disagreed, however, pointing out that “the complaint does not allege a price-fixing conspiracy but a single overarching integrated antitrust conspiracy with the Match as its centerpiece” [17] and that for the plaintiffs to so heavily emphasize the importance of the match at one stage of litigation and then state otherwise later on was inconsistent [17]. Ultimately, the court dismissed the case brought by the residents because Congress prevented all federal courts from considering match-related conduct and “the allegations concerning the Match and the institutional defendants’ participation in the Match are so interdependent that the Court cannot separate them from the remaining allegations” [18].

The legal challenge to the match and accredited residency programs was a bold attempt at reshaping a critical stepping stone in medical education and training in the United States. It revealed not only the frustrations many medical students and physicians experience with the current system but also the staunch resistance of those who oversee that system to substantial alteration of a process that has been in place for more than 60 years. 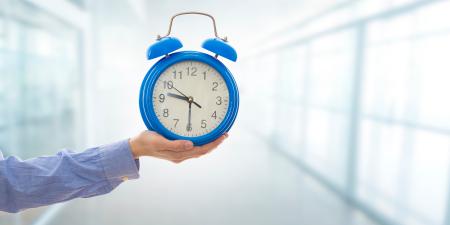 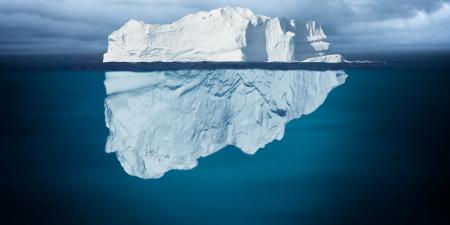 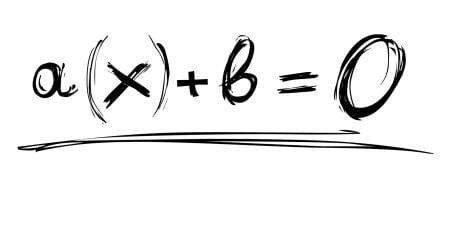 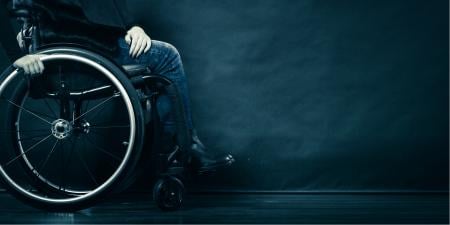