Violet, a medical student from a top-tier medical school who hopes to match into a residency in dermatology, is currently on the interview trail. She goes to her third interview at a program near her school, feeling confident and satisfied with her performance so far. The program director, a nationally renowned figure in the specialty, tells her that she is “ranked to match” by the program and asks what her rank list is. Violet responds that, while she had a great experience at the program that day, it was too early in the season to tell what her actual rank list would be, but that she would keep in close correspondence with the program.

When discussing this situation in an online forum with some fellow students interested in matching in the same specialty, Violet hears of some students being accepted to NRMP programs outside of the proper match protocol. She tells the next program she interviews with that she is ranking them first despite the interviews she still has coming up, reasoning that this is the only way to optimize her chances of matching in the specialty if the interviewees insist on asking about her rank list.

In their last year of medical school, graduating medical students participate in “the match,” a system dedicated to pairing newly minted doctors with their first jobs as resident physicians. After applications and interviews, the match program requires students to make a list and rank in order the programs they would like to attend and requires the programs to do the same for applicants. Regardless of any promises made by programs or applicants, the match relies on a computer algorithm administered by the nonprofit National Resident Matching Program (NRMP), which takes the rank ordered lists submitted online by medical students and programs and matches each medical student with a position in the resident training program that holds the highest possible rank on his or her list.

Before the match program was in place, a medical student applying to a competitive specialty was likely to take one of the first spots offered to him or her, even if interviews at more desirable programs were in the future, to ensure a spot in his or her desired field. The NRMP system was created so medical students could interview at a maximum number of programs and not be forced to commit to a program early in the process, an especial temptation in competitive specialties like dermatology, radiation oncology, neurosurgery, plastic surgery, and orthopedic surgery [1].

Striving for fairness and integrity in the match, the NRMP has specific rules for applicants and programs during the application and interview process, and violations reported to the NRMP have repercussions, for example the barring of a program or applicant from participating in the match for a set amount of time. The cardinal rule of the match is that programs and applicants cannot ask the other how they will be ranked; the NRMP firmly states that “applicants and program directors may express their interest in each other; however, they shall not solicit verbal or written statements implying a commitment” [2]. The personal experiences of the authors and numerous published studies about both competitive and noncompetitive matches demonstrate that match violations and situations with compromised integrity are common and underreported [1, 3-9]. Programs and applicants mislead each other frequently.

What this vignette describes is a medical student applying for a highly competitive specialty, being asked a question that breaks the rules of the NRMP, and then lying to subsequent programs during the interview process about how she intends to rank these programs. The program director’s asking the applicant how she intends to rank programs was breaking one of the cardinal rules of the NRMP. However, because the rules and regulations of the NRMP state applicants and programs are allowed to freely express their interest in each other, the student’s actions do not break the rules. She is allowed to express unbounded interest in all programs—she can even tell them all she will rank them number one—and then submit her rank list with the programs numbered however she chooses. Her behavior is unprofessional, but does it break the rules of the NRMP? No.

Is it unethical? Maybe. The applicant is knowingly lying to programs, most likely with the goal of ensuring she matches. This is a relevant scenario, given that 12-14 percent of applicants to dermatology were asked by a program how they intended to rank that program and 31-32 percent of all respondents felt pressured to tell programs how they ranked them [3].

What if this case described the reverse: a program that told more applicants than they had slots for that they would be “ranked to match”? Is the program at greater fault than the applicant? Possibly, as programs are in the position of power and control access to the few resident positions. In a competitive specialty, it is hard to imagine a scenario in which a program could not fill its positions. Candidates, on the other hand, have a 30 percent chance of not matching in competitive specialties like dermatology [3], and, if a candidate does not match, he or she may have to choose another specialty. In light of this unbalanced power dynamic, one can understand how the applicant in this situation could justify this unprofessional behavior to herself. The match allows programs and applicants to express interest in each other, genuine or not, and to rank each other without any restrictions. With guaranteed anonymity and so much at stake, it is hard for programs and applicants to maintain integrity.

Although the NRMP algorithm favors the applicant by assuring each applicant his or her highest possible match, one study showed that 18.6 percent of surveyed medical students reported feeling assured by a program that they would match there but then did not, despite ranking that program first [9]. Applicants should be educated by their advisors to not create their rank lists based on match courtship letters or phone calls. The applicant maximizes his or her advantage when he or she ranks programs in order of true preference.

We think that much of the ethically ambiguous promising between applicants and programs occurs after the interview [1, 3]. Of 564 surveyed medical students, 86.4 percent reportedly communicated with programs after their interview, 59.9 percent reportedly told more than one program they would rank it highly, and 1.1 percent reportedly told more than one they would rank it first [9]. A limit on communication between programs and applicants after the interview may help improve the integrity of the match. However, we don’t think applicants and programs should be prohibited from communicating at all, for applicants often have questions for the program after interview day, answers to which will help make their final decision. Our ideas for ways to limit communication to improve the integrity of the match are:

Some match violations occur because faculty members are unaware of the rules and regulations of the NRMP. The NRMP could develop two training videos as compliance tools, one for faculty members and one for applicants, to review the most pertinent rules of the match. The videos could be short (3 to 5 minutes), and faculty members could be required to view the video and answer three simple questions before interviewing applicants. Aapplicants could be required to watch the video and answer three simple questions in order to submit their applications.

There’s no perfect way to regulate the match process, and both applicants and programs are highly motived to act in their own self-interest. Just like other job application processes, favoritism, nepotism, and self-interest will never be controlled, and there will inevitably be ethical grey areas. If programs ask applicants to reveal their rank lists, applicants have a choice: evade the comment like our applicant did in the scenario above, lie to gain a perceived advantage, or tell the truth. No matter how applicants choose to respond, they can also report inappropriate behaviors to the NRMP. The NRMP will take sanction against reported programs, which could include the program’s being barred from the match for the upcoming year. Unfortunately, most competitive specialties are small and interview few people, and it is hard to imagine an applicant’s anonymity being maintained during the reporting process. It is with this grain of salt that match applicants must weigh the pros and cons of their communications with programs, faculty members, and their future colleagues while trying to maintain the utmost integrity. Our advice to applicants is not to let programs’ communications sway them to rank that program higher or lower but, ultimately, to rank programs based on true interest. 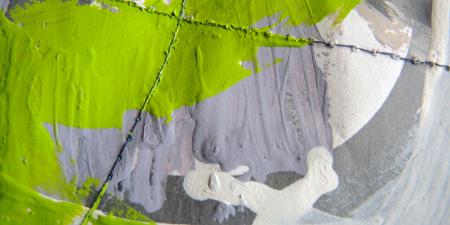 On Choosing the “Perfect” Doctor