It’s late Friday afternoon in the residents’ lounge of the Department of Surgery at Metro Academic Medical Center. A few on-call interns are napping on the tattered couches. Others who have just finished their shifts are making plans for later that evening. Someone from the chair’s office is stuffing mailboxes with an invitation to a summer picnic. Along one wall, a pharmaceutical sales representative sets up a long table with the city’s best pizza and a large supply of bright purple penlights, pins, logo-emblazoned pens, notebooks and stuffed toys. Three third-year medical students—Michael, Carly and Holly—are the first to grab a few hot slices and a pen or two and to greet the smiling sales rep, who tells them about a new addition to the hospital’s formulary.

Friday afternoon pizza is part of what they jokingly call their regular “food rounds.” Only two months into their third year, they have quickly learned when and where free food might be found in the hospital. Tuesdays there is free lunch during the department of internal medicine grand rounds. Wednesdays there are bagels and juice during the department of pediatrics morning report for residents and students. And cookies, brownies and coffee regularly appear on the psychiatry and neurology floors. They never mind talking to the sales reps at these things, although they tend to stuff the glossy literature into their bags and forget about it.

Michael has even become friendly with one of the sales reps who encouraged him to apply for a grant sponsored by the pharmaceutical company. With the money he was awarded, Michael was able to attend a pediatrics conference in Miami.

A few weeks later, the three friends attend a required meeting of all third- and fourth-year medical students where they are lectured about various pharmaceutical sales techniques, including how gift relationships can create a sense of obligation. Michael, Carly and Holly meet up in the hall afterwards to discuss the presentation. They all scoff at the idea that their future prescribing habits will be influenced by a slice of pizza and a pen. “How naïve do they think we are?” asks Carly. “We’re scientists, not gullible spectators,” protests Michael. The dean of students, Dr. Markovsky, overhears their conversation and wonders if it is time to start seriously considering banning all pharmaceutical industry-promoted activities to prevent prescribing bias.

Everyone who has practiced medicine will easily empathize with the students. By late Friday afternoon, most everyone is tired, and, if patients are attended to and a good transition is made to the evening shift, thoughts of an evening’s relaxation, camaraderie or romance emerge among those who are not on call. What else comes to mind and how the students act depends on what happens next.

If a patient is newly admitted and time remains on the shift, Michael, Carly or Holly will eagerly join a resident to begin care of the patient. The more responsibility the student, say Carly, takes under skillful supervision, the more she will benefit. The three students know the event’s implications—good diagnosis and treatment will usually restore the patient’s health, Carly’s education will be enriched, and, if the case is discussed on subsequent rounds, Michael's and Holly’s educational experiences will also be enhanced. This is the heart and soul of clinical education.

If there are no new admissions, and if the three are typical students at a typical school [1], they will not think about the implications of accepting the food and gifts. Most likely this undoubtedly bright, altruistic threesome will eat the pizza, take a gift advertising the drug and schmooze with the young, attractive empathic rep who will present information favoring the drug, which was requested for the formulary by a physician more likely than others to have accepted company gifts [1]. They won’t know which rep statements are biased, will enjoy the food and friendliness and will deny being influenced. Essentially, they will act like most of their physician role models.

Dean Markovsky, duly concerned about similar interactions and contemplating banning visits from reps, has thoughtfully required that the students be taught about industry-physician relationships [2]. However, because students’ formal education has probably been counteracted by their experiences with role models within a hidden curriculum (e.g., seeing supervisors accept gifts), this education will have been too brief and not sufficiently persuasive to change their attitudes meaningfully [1, 2]. Dean Markovsky, the other deans, the faculty, the students and the medical center have established no restrictions about drug rep-student relationships (only 9 percent of schools have restrictions). Anyone proposing decisive restrictions may have to lock horns with influential faculty members who have industry ties [2].

For these three typical students becoming typical physicians, the implications of this scene and tens of thousands of similar scenes are that prescribing will continue to be inconsistent with evidence-based guidelines. Formulary requests will be made for new drugs that have no clear advantage over existing ones, and nonrational prescribing and the prescribing of costlier drugs and fewer generic drugs will continue. This interaction with a sales rep is one of 60 million annual U.S. “details” in national marketing campaigns that contribute to shockingly expensive drug costs [1]. The students’ gravitation to “free food” misses the point that the food and Michael’s conference in Miami are anything but free, and the company is buying their good will, setting the stage for receptivity to future offers.

Why do they feel impervious to marketing’s influence, even after being taught about physician susceptibility? Students are strongly influenced by physician role models, and most physicians feel immune to marketing’s influence, despite clear evidence to the contrary [1]. Some suggest that physicians’ denial of influence reflects self-serving bias—a universal human tendency to overrate oneself and believe one will engage in desirable behaviors with favorable outcomes [3]. “On average [4], people say they are ‘above average’ in skill (a conclusion that denies statistical possibility),” a Lake Wobegon—“where all the children are above average”—effect.

Self-serving bias is near-universal [4]. Business leaders believe their company is more likely to succeed than the average firm; people feel less susceptible than others to the flu. So, also, Steinman et al found that 61 percent of residents believed colleagues’ prescribing practices were influenced by marketing, but only 16 percent felt susceptible themselves [5].

How do “small” gifts affect prescribing? Katz et al [3] cite the persuasive influence of small gifts, sometimes exceeding that for large gifts. “When a gift or gesture of any size is bestowed, it imposes…a sense of indebtedness…. The…rule of reciprocity imposes…an obligation to repay for favors, gifts and invitations…. Feelings of obligation are not related to the size of the initial gift or favor.” For example, the success secret of the world record holder for car sales was sending mass-produced greeting cards to his customers containing the phrase, “I like you.” Similarly, when the Disabled American Veterans appeals by mail, the response rate is 18 percent when no gift is included, but 35 percent when envelopes contain an unsolicited gift [3]. Food, flattery and friendship are all powerful tools, and individuals tend to be more receptive to information they receive while eating enjoyable food [3].

Moreover, the symbolic meanings of small items can be huge. Wearing a necklace with a religious symbol or having a Confederate flag bumper sticker sends a strong message about oneself. If a doctor carries a pen advertising a drug, some will perceive him or her as a walking drug company billboard.

We don’t know for sure what educational, political or regulatory interventions are most needed to profoundly strengthen the industry-professional boundary, but there are some signs of progress. Civil rights activist Hollis Watkins said there are four stages of successful advocacy: investigation, education, negotiation, and—if this is insufficient—demonstration [6]. During the past decade, reports from extensive investigations of drug company-doctor interactions by scientific, journalistic and consumer-advocacy organizations have been widely disseminated. There is enough data for a substantial course that would include characteristics of the pharmaceutical industry; bringing drugs to market; contributions of industry, government and academia to pharmaceutical research; industry influence on scientific literature; types of drug company-physician interactions and their influence; physician denial; characteristics of information presented by companies; industry scandals; efforts to reduce influence on trainees’ behaviors; and tips on how to interact or eschew interaction with drug company representatives. Because evaluation influences curriculum, the National Board of Medical Examiners (NBME) should test these topics.

Most U.S. schools teach about the topic, but in 30 percent of schools the teaching is limited to a single class session. Faculty members are less likely to perceive that their objectives have been met than colleagues whose schools teach more extensively [2]. Trainees in residencies that restrict exposure to reps and students in medical schools whose hospital restricts contact are less likely than others to meet reps or deny influence [1]. Simply having a policy, however, is insufficient to influence trainee behaviors if the policy is unknown or unclear to students or if physician role models accept gifts [1]. Of course, some students and physicians will have the wisdom and courage to refuse gifts regardless of role model behaviors, restrictions or classes.

Progressively more doctors and organizations now advocate complete bans on physician receipt of gifts. Partial restrictions are usually ambiguous, hard to remember or adhere to, contradict other restrictions, are usually unenforceable, and underestimate the strong influence of small gifts. Because many influential persons and powerful organizations and companies will oppose complete bans tooth and nail, public demonstration may become necessary. 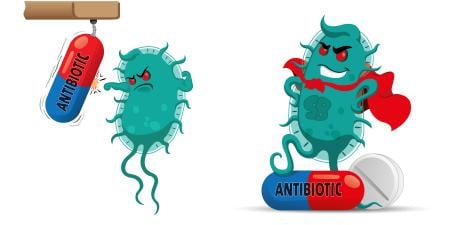