One persistent issue in gay life in general, and in the medical treatment of LGBTQ patients more particularly, is that widespread intolerance leads people to conceal their sexual behaviors or identities, leading to incompleteness or inaccuracy in their histories and impairing the ability of their physicians to treat them. In English, a person concealing his or her sexual identity is said to be “in the closet.” This phrase can tell us quite a bit about the experience it describes. Let’s go through it backwards, word by word.

The etymology book The Insect That Stole Butter? provides the following definition for “closet”:

closet Although closet is now the usual word in American English for a cupboard or wardrobe, it originally referred to a small private room, such as one for study or prayer. This idea of privacy led to the sense of hiding a fact or keeping something secret, which goes right back to the beginning of the 17th century. A person who is hiding the fact that they [sic] are gay has been described as in the closet, or as a closet homosexual, since the late 1960s. To out someone, meaning to reveal that they [sic] are gay, is a shortened way of saying “to force them out of the closet”. Closet comes from close, which both in the sense “near” and “shut” goes back to Latin claudere “to shut,” also the source of recluse, someone who shuts themselves [sic] away [1].

The closet is an extremely evocative metaphorical location. As the above definition emphasizes, its meaning derives from the idea of privacy. A closet is a space of domestic concealment, the idea of which conjures up anything from shoving kids’ toys behind the door before a dinner party (the separation of private self from public presentation) to the wife locked in the attic in Jane Eyre (the concealment of shameful depravity, both to preserve reputation and protect the house’s other inhabitants) to the sheltering of persecuted Catholic priests during the reign of Elizabeth I (protection from persecution).

As to the purpose of the closet, we can look to the “near” and “shut” meanings mentioned above. The location of a closet is near at hand—things are stored there in the short term, implying in some way that the natural progression is for things in the closet to come out and be used. Furthermore, its location in the home not only hints that its contents reflect on the identity of the home’s possessor, but—more immediately—bespeaks the unreliable, dangerous nature of such a concealment: as we sense from the related idiom “skeletons in the closet,” you can’t rely on things in the closet to remain unexplored by others or not to reveal their own existence.

The closet also has less legitimacy than a room. It’s a decidedly nonsocial space (whether you think of the initial tiny private study or the modern storage nook); it enforces isolation. (Except, of course, for the cliche of the janitorial-closet tryst, which is itself another example of sexual behavior concealed out of shame or a desire for privacy.) Though things may inevitably find their way out of the closet, while they’re in it, they’re barred from full participation in what’s going on outside.

All this paints a picture of what it’s like to conceal one’s sexual identity: difficult, unnatural, dark, precarious, isolating, and probably doomed to failure. But it’s also safer than the outside—enclosed and controllable, the closet protects its contents from exposure and harm.

“In” the Closet: A Space, A Group, An Experience

Metaphors We Live By offers three examples of the way the word “in” is commonly used in English:

Harry is in the kitchen.

Harry is in the Elks.

Harry is in love.

The sentences refer to three different domains of experience: spatial, social, and emotional [2].

In other words, “in” is used (1) literally, to talk about Harry’s location (and locations, as the authors point out, also form the basis of a great number of English-language metaphors for social status, such as “he’s in the doghouse”) and (2) metaphorically, to describe what he is or belongs to (his nature or category) and his state of mind. Being closeted is all of those things—a strategy for living, a status, a self-designation, and an experience. To be inside something is to have it surround you, to dictate the terms of your experience and actions. When we say someone is closeted, this is very much what we mean—he or she is locked away in, concealed in, hiding in, and to some degree, defined by that state of being. This is the opposite of being out, of being openly gay.

In contrast, the related phrase “on the down low” (describing men who have sex with men while maintaining purportedly monogamous relationships with women) evokes intentional stealth. In English language, “on” refers to the condition of being above something or in a superior position to it, which connotes having a degree of control over the thing (e.g., “I’m on it,” “she’s on my case”). This obviously differs from being “in the closet,” which connotes denial (in the senses of “negate,” “refuse to allow,” and “repress one’s own knowledge of,” in addition to “hide”) more than deception (allow but conceal). “In the closet,” moreover, doesn’t specifically indicate anything about what, if any, sexual activity someone engages in. Both, however, involve the concealment of something significant.

What’s Behind the Door?

As to the extent of what is denied by being closeted, we need only turn to the pronouns that accompany this phrase. We say not “her sex life is in the closet,” but “he is in the closet,” just as we would say “he is Muslim, I’m Japanese, we’re Republicans, she’s a salesperson, they’re golfers, I’m a woman”—all of which show how fundamental we consider sexual orientation to be to identity, especially as the myth that sexual orientation is a choice loses credibility. This illuminates some of what is so painful about being in the closet: it feels like—it is—a denial of the self. (The degree to which this is true sheds some light on why egodystonic sexuality—sexuality which doesn’t fit one’s ideal self-image—causes such distress.)

Out of the Closet and Off the Bench

So how can physicians help people get from “in the closet” to out in the world? Asking “Do you have sex with men, women, or both?” instead of “Are you gay, straight, or bisexual?” indicates that the physician is informed and nonjudgmental. This may be a case where being “half in the closet” is actually possible—not only is confidentiality key, but, as some of this issue’s other contributors discuss in more detail, so is giving patients space to discuss sexual activity without forcing possibly uncomfortable labels on them.

Outside the office, of course, people may still hide or punish themselves for their orientations; they are likely to continue to be subject to hostility and discrimination; and they may delay or deny fulfilling sexual and romantic relationships. But in the patient-physician relationship, there is no reason why gay patients should not get the full participation, recognition, and acceptance—the full measure of existence outside the closet—they are entitled to. 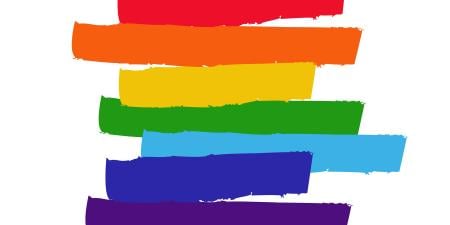 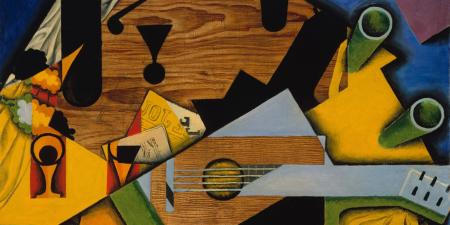