Equality under the law does not always apply to the LGBT community. Battles over same sex marriage and equal adoption rights continue to be fought. In 2003, the law inched closer to realizing the proverbial equality. Justice Kennedy of the United States Supreme Court, in his famous Lawrence v. Texas opinion, extended to homosexuals a fundamental right now held by all citizens—the right to privacy [1]. This opened the door to legal acceptance of rights for LGBT people.

The field of health care is at the forefront of the LGBT battlegrounds. In California, a 1950 law requiring the state to conduct research to find a cure for homosexuality is under review and teetering on the edge of death [2]. On the national stage, President Obama issued a memorandum in April of this year urging hospitals to allow LGBT persons the same visitation rights enjoyed by other patients [3]. In June, the Centers for Medicare and Medicaid followed suit, proposing new regulations that would protect patients’ rights to choose their own visitors, including same-sex partners [4].

This article will look at the Lawrence decision and the recent legislative and regulatory efforts to extend equality under the law to the LBGT community.

The men challenged the conviction at trial, alleging that the applicable statute violated the equal protection clause of the Fourteenth Amendment. The trial court rejected the contention, and the appellate court affirmed the convictions. The men were fined $200 for their class C misdemeanor. But the minor offense carried with it a stigmatization: at this time in Texas, an adult convicted for private, consensual homosexual conduct was required to register as a sex offender in at least four states. Lawrence was determined to fight this stigmatization. He and Garner appealed their case to the United States Supreme Court.

Lawrence couched his argument on the equal protection and due process clauses of the Fourteenth Amendment. The prosecution cited the precedent Bowers v. Hardwick, a Georgia case in which the Supreme Court upheld a statute criminalizing deviant sexual conduct. This time around, however, a major distinction existed. In Bowers, the Georgia statute applied to all deviant sex acts, whereas the Texas statute expressly singled out same-sex activity.

In a 1996 decision, Romer v. Evans, the Court had ruled that all class-based legislation directed at homosexuals was invalid [5], so Texas could not have on its books a statute singling out homosexual activity. This ruling allowed Kennedy to strike down the Texas law. Had the Court stopped here, Texas could have rewritten its statute to criminalize any “deviant sexual activity” between any persons, effectively recriminalizing homosexual conduct.

But the Court did not stop there; rather, Kennedy took the major step of overruling Bowers. To do this, he carefully analyzed past decisions concerning the Fourteenth Amendment’s due process clause—an area of law known as substantive due process.  Prior to Lawrence, the Court had expanded the meaning of due process to include certain fundamental rights. In Griswold v. Connecticut, the Court invalidated a law criminalizing use of contraceptives by married couples and held that a fundamental right to privacy exists in the marital relationship and family life [6]. In Eisenstadt v. Baird, the Court went further and “invalidated a law prohibiting the distribution of contraceptives to unmarried persons” under the right to privacy [7]. The landmark decision legalizing abortions in Roe v. Wade was also decided under this right [8]. In Lawrence, Kennedy boldly extended the right to privacy to “homosexual persons” through substantive due process.

It suffices for us to acknowledge that adults may choose to enter upon this relationship in the confines of their homes and their own private lives and still retain their dignity as free persons. When sexuality finds overt expression in intimate conduct with another person, the conduct can be but one element in a personal bond that is more enduring. The liberty protected by the Constitution allows homosexual persons the right to make this choice [1].

Kennedy’s emphasis on the private and intimate nature of sex extended due process beyond its traditional scope of protecting family life and marriage under Griswold and procreation under Eisenstadt and Roe. By making consensual sexual activity part of the right to privacy, the Court was able to overrule Bowers and make it unlawful to criminalize homosexual conduct, setting a firm foundation for actual equality under the law.

Recently enacted state laws and influential moves by the current Presidential administration have used health-related topics to gain ground for the LGBT community. One such state action is under way in California. In 1950, California passed a law that classified homosexuals as “sexual deviants” and potential child molesters. The law directed the state to conduct research into “the causes and cures of homosexuality” [2]. The law was written after the highly publicized rape and murder of a 6-year-old girl. Although the perpetrator was not a gay man, homosexuality was included in the law’s list of sexual deviations.

In April of this year, a bill to repeal the “cures of homosexuality” clause passed the California Assembly with a vote of 62-0. Assemblymember Bonnie Lowenthal led the charge, stating, “Even [in 1950], there was no legal justification to say that gay people needed to be understood and cured in the exact same way as sexual predators who rape and kill children. For us to leave it there would be wrong” [9]. The bill to repeal the clause will now go to the Senate for review, where it almost certainly will pass. By removing this stigmatization of LGBT persons from its books, California is following the trail blazed by Lawrence.

At the federal level, President Obama issued a memorandum in April to the secretary of health and human services suggesting all “hospitals that participate in Medicare or Medicaid respect the rights of patients to designate visitors” by allowing LGBT patients “visitation privileges that are no more restrictive than those that immediate family members enjoy” [3]. Obama further suggested that the HHS “should also provide that participating hospitals may not deny visitation privileges on the basis of...sexual orientation [or] gender identity” [3]. In June, the Centers for Medicare and Medicaid (CMS) proposed new rules in accordance with Obama’s suggestions. The proposed rules specify that the same visitation privileges of immediate family members should apply to anyone the patient chooses. The proposed rules would update the Conditions of Participation, which are minimum health and safety standards all Medicare and Medicaid participating hospitals and critical care hospitals must meet [4]. Further, the Joint Commission, which accredits and certifies health care facilities, recently announced new patient standards language that prohibits discrimination based on sexual orientation and gender identity [10].

Yet, even in our nation’s capital, some hospitals have not done all they can.  A study by the Human Rights Campaign Foundation found that nearly half of 17 D.C.-area hospitals did not include “sexual orientation” or “gender identity” in their patients' bills of rights or nondiscrimination policies [10]. Tom Sullivan, a co-author of the report, explained that including the explicit nondiscriminatory language in a codified commitment to full inclusiveness and likewise training hospital staff is important. There is evidence that LGBT persons delay seeking care because of perceived discrimination; if so, explicit commitment to inclusiveness on the part of health care organizations may remedy this behavior. The group also reviewed a representative sample of 200 of the largest hospitals in all 50 states and found that 93 percent do not have fully inclusive nondiscrimination policies for lesbians, gay men, bisexuals, and transgender people [10].

Once the CMS regulations effectuating Obama’s memorandum come into play, however, those figures will dramatically change if hospitals want federal Medicare and Medicaid funds.

Since Lawrence, some courts have strictly construed one 7-word phrase in Kennedy's opinion, “the present case does not involve minors,” which has been referred to as “the minor exception” [11]. This phrase has been interpreted to limit the reach of Lawrence by excluding consensual sex between minors from the decision's scope, which was most likely not Kennedy’s intention. The subsequent sentence speaks of issues regarding consent, giving more support to the argument that Kennedy intended Lawrenceto reach only consensual homosexual activity while allowing states to criminalize anything nonconsensual [1].

Most courts do not read the Lawrence in this restrictive light. Yet, the few that do force the LGBT community to remain dissatisfied. By propelling the ideals in Lawrence forward in the field of health care, the California Assembly and the current Presidential administration have stolen ground from under the opposition. Inch by inch, the LGBT community pushes toward the equality promised in the Constitution. 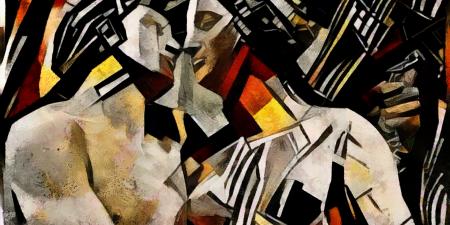