Have you ever thought that the patient in front of you, who has listened to a careful explanation of what he or she needs to do, may not understand what you have said? Some very brave patients agreed to speak with physician interviewers about this hidden and shame-causing problem [1].

Mrs. Walker: Can you imagine what it's like being sick, and you know that you have limited skills, okay, and you're talking to an intelligent doctor. And these people are using words that you really don't know because they're not speaking in layman's terms, okay? Most doctors are just presuming that everybody's as intelligent as they are. And that is just not the case. So . . . you come out of that room, that examination room, with this intelligent man or woman, thinking: God, I hope I don't make a mistake with my medicine, because I did not understand anything he or she said to me.

Mrs. Walker is well-spoken, well-dressed, and clearly competent in many aspects of her life—her work and family life—but she reads at a third-grade level, not well enough to read the front page of the newspaper, find an intersection on a street map, know from the appointment slip when her visit is scheduled, or understand the directions on the prescription.

Mr. Dallas is a respected community leader and church deacon. He also reads at a third-grade level. In addition to his reading problem, Mr. Dallas has pointed out that the simplest medical directions are often incomplete and confusing.

[On the desk in front of Mrs. Irwin and a researcher is a collection of pill bottles that Mrs. Irwin has brought with her, saying that she takes them all.]

Researcher: Tell you what . . . take these two and tell me which one is which and what you take them for.
Mrs. Irwin: That looks like my medicine that he gives me in the morning. I take that and the little pill that—no this is lithium. Ain't it? Yeah, that's lithium. [The label says Lipitor.]
Researcher: Okay, what do you take that medicine for?
Mrs. Irwin: Don't ask me. He puts me on that and I just take it. Anything he tells me to take, I'll take it.
Researcher: Okay. So you trust him?
Mrs. Irwin: Oh, you better believe it. With my life.

Mrs. Irwin, now retired, had a successful career as a bus driver, though she never went to school and reads at a second-grade level. She identifies her prescriptions by looking at the pills, not at the labels.

[Mrs. Stuart and a researcher sit in front of about 15 over-the-counter preparations.]

Mrs. Stuart reads at a seventh-grade level, and is employed as a nurse's aide in a nursing home; she cannot comprehend dosage instructions.

The potential for serious medical error embedded in the 4 encounters just described cannot be overstated. Especially since research shows that as much as 50 percent of the population has difficulty understanding medical instructions. Mrs. Walker, who has lupus, leaves the office not understanding her doctor's instructions. Mr. Dallas does not know when to take his medicine. Mrs. Irwin would respond to a new doctor's inquiry about her prescription drugs by stating that she was on lithium rather than Lipitor. Mrs. Stuart would give her 2-year-old "probably a teaspoon" of Tylenol suspension, 8 times the adult dosage.

Unfortunately, no one considered the barriers posed by low health literacy in the design of the modern health care delivery system. Patients with low literacy are at greater risk for medical errors and poor outcomes than they were 30 years ago. For example, 30 years ago a patient with an acute myocardial infarction would have been hospitalized for 5 to 6 weeks, surrounded by skilled professionals who took care of every need. With new medical knowledge, drugs, and treatments (as well as cost-containment pressures), a similar patient today is out of the hospital in less than a week. Today's patients are quickly on their own, with long lists of instructions, medications, appointments, and very little support from skilled professionals. We expect patients to learn to care for themselves. How much of their "non-compliance" arises from our failure to ensure their understanding and ability to carry out the needed care regimen? How many medical errors occur because we've based our procedures and processes on the false assumption that everyone can read at a very sophisticated level?

Mrs. Walker: When you enter a doctor's office, and you're a first-time patient there, they're going to give you a clipboard with a questionnaire, am I right? Sometimes that is very discouraging for a patient who cannot read.
Mr. Dallas: I would go to the lady, you know, that passed me the thing [clipboard], and say, "Look, I need some help with this, I can't fill it out," I'd say. "I don't have time right now," she would answer. "Can you wait a while, 'cause I don't have time; you're going to be last." You're always last when you don't know.

Handing new patients with low health literacy questionnaires that ask medical history and insurance questions is like handing them an entrance test they cannot possibly pass. Some respond like Mr. Dallas, embarrassingly seeking help from the office staff help and being treated as an annoying interruption to someone's busy schedule. Some just answer "no" to everything so they can get into the office and talk to a real person about their problems. Others avoid the uncomfortable situation altogether; they avoid routine or even symptom-related office and clinic visits and present themselves at the emergency department only when they are acutely and dangerously ill. At least there someone else holds the clipboard and asks the questions. And still others, like Mrs. Walker, bring their help with them.

Mrs. Walker: My children knew how important it was to me that people did not know that I had this problem. So any time there was business to be attended to, my daughters surrounded me like a fortress.

Fortifying oneself with health-literate family members as Mrs. Walker describes can cause physicians to feel threatened, even suspicious. One physician reported at an ethics case conference on what he saw as a "hostile" family member. The daughter, he recounted, "wrote down everything I said."

Incomplete or inaccurate information on the intake clipboard can also be interpreted as coming from hostile patients. "She checked 'No Prior Surgeries,'" one physician said, "and when I examined her, I found she had had a C-section. I guess she was testing me."

There's no "right way" for a patient with low health literacy to act. Bringing help along can be misunderstood by doctors and staff. A blank stare of incomprehension seems annoying at best, hostile at worst. Trying to please, agreeing without understanding, leads to misinformation and possible medical error. Avoiding the medical encounter altogether can ultimately lead to an emergency department visit.

Mrs. Walker: The embarrassment, the shame, I mean, it's just overwhelming, it really is. It paralyzes your every thought completely to think that you may say something or something is put before you to read, and you can't read it. I mean, you live your life like that on a daily basis.

The patient's shame creates yet another barrier between the patient and physician. Shame is ever-present for people with low literacy. One recent study found that 69 percent of people who cannot read have never told their spouses. Nineteen percent have never told anyone. As physicians, we don't want to "corner" low literacy patients; we don't want to force them to admit they cannot read. But we must make it possible for them to get the accurate information they need to care for themselves safely and effectively.

Improving health literacy is one of the AMA Foundation's signature programs [2]. The documentary film from which these dialogue excerpts were taken offers 4 steps physicians can use in all their patient encounters to alleviate some of the problems and establish a much closer patient-physician relationship.

Offer to help, especially with paperwork. Let patients know that many people have difficulty reading and learning new information and that you can help. If you see an incomplete form, just ask the question yourself and fill in the answer, without impatience or annoyance.

Use Simple and Direct Language

Speak slowly and cover only 2 or 3 concepts at a time. Read written material aloud to the patient and underline key points.

Use the "Teach-Back" Technique

Simply asking a patient if he or she understands is not enough. Instead say something like, "Tell me what you will do and show me how you will do it when you are at home."

Invite a Family Member or Friend

Ask the patient if he or she would like to have a family member or friend along during the counseling and planning section of the visit.

If, as surveys indicate, as many as 50 percent of patients do not understand the doctors' explanations and the instructions on their prescriptions, then low health literacy is a major contributor to disparity in health outcomes. And it cuts across generational, ethnic, and racial lines.

Patients with low literacy face barriers at every step in their attempts to receive health care. Physicians can ease those problems or make them worse. If we are unaware of the problem, we may interpret the patient's self-protective behavior and coping mechanisms as inappropriate or hostile and label the patient "difficult." Our instinctive withdrawal will only add to the patient's problem. To the degree that we can aid patient's understanding and compliance, we work toward better health outcomes and fewer medical errors, and we reinforce health maintenance behavior.

How Should Physicians and Pharmacists Collaborate to Motivate Health Equity in Underserved Communities? 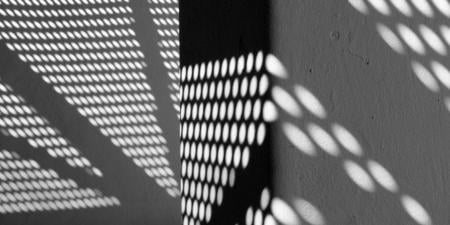 Commemorative Issue: Working in the Shadows 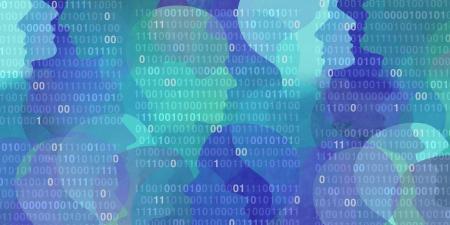 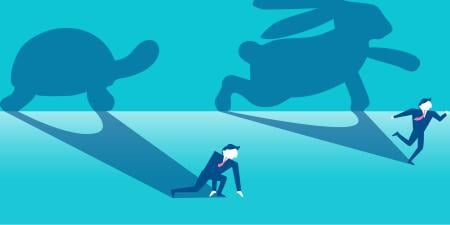