Drs. Allen, Seymour, and Lesh of Barclay University Hospital had been working in conjunction with the New Hope Church and Grass Blade Youth Community Center to study the link between incarceration and sexually transmitted infection (STI) rates in the Park neighborhood. The findings were striking in the physicians’ minds, revealing that far greater numbers of the community members than expected had histories of incarceration and STIs. The physicians were concerned because they had worked hard to convince the community to allow them into the neighborhood and did not want to alienate residents. Yet they felt the community members had a right to know the facts.

On the day designated to share the findings, the church annex was packed with familiar and unfamiliar faces. Members of the Grass Blade Youth Community Center and eight volunteer members of New Hope Church were present. The church group, headed by Reverend Mason, served as the voice of the community.

The physicians began going through their data, stating that 3 out of 5 males had been incarcerated by the age of 25 and had had an average of 2 STIs by that age. Out of this 60 percent, 25 percent were HIV positive. Reverend Mason was outraged and stood up to leave before the presentation was finished, but not before saying, “We welcome you into our community, and this is the so-called research you do. You paint our community as a sinful, violent place to live. How will this research affect our young people who will think that growing up means going to prison and getting AIDS? What about employers’ decisions when community members are applying for jobs? When our youth are applying for college?”

The physicians tried to explain that the research was done without bias and with the sole purpose of creating interventions.

Other community members started to exclaim, “My children have never been to prison and don’t have any diseases!” Soon, the packed room emptied, save for a few members who were trying to convince people to “hear these doctors out; after all, we do need help.” The research team was disappointed. They believed they had communicated the purpose of the research to the community before they began their work. Obviously more people attended this conclusion meeting than the earlier informational one.

Discord over the dissemination and publication of research results is among the most common conflicts that occur between research partners in the community-based participatory research (CBPR) setting [1]. It is important to resolve these disagreements in a timely manner to maintain the integrity of the research process and sustain the partnerships.

The fundamental issue in this case is that the academic researchers are acting independently of the community when interpreting the data and planning to disseminate the research results. Although the researchers are firm regarding the importance of providing feedback to the community, they failed to discuss the results of the study with the community partners prior to the public forum. Both the academic and community partners should have been involved in the data interpretation, which would have allowed ample opportunity for discussions about the validity of the data and the potential implications of the study results. After the data were interpreted and discussed jointly, the academic and community partners should have been jointly active in the dissemination efforts. In this case, the community leaders were a part of the audience. By acting independently, the researchers violated an essential element of CBPR—shared authority between the partners.

A key component of CBPR is the establishment of effective, meaningful, and mutually beneficial partnerships between academicians and community members [2]. Although these partnerships are vital for the conduct of CBPR, their complex nature creates many opportunities for the divergence of opinions and interests. Even in the most successful academic-community partnerships, there are likely to be disagreements, so it is imperative to have a plan for conflict resolution. If a prospective plan for conflict resolution had been prepared, all members of the partnership would have had the opportunity to discuss their concerns, and disagreements could have been resolved prior to the open community forum.

There is a common misperception that community partners have limited expertise to offer in some stages of the research process [3]. Community partners are valued for their ability to recruit volunteers or facilitate data collection, but often their input is not sought during the grant writing, study design, and data interpretation stages because these activities are thought to require skills only obtained through formal training. While community members should not be expected to manage large databases or perform statistical analysis, their knowledge of the community can help insure that factors that could influence the results are considered, and they can help frame and interpret the research results [4, 5].

In this case scenario, 60 percent of the young men in the study had been incarcerated and a substantial number had STIs including HIV. On the surface, there is no factual reason to doubt that the researchers are presenting the actual results of the study; however, the results differ significantly from those expected by both the researchers and the community. The researchers should have engaged the community partners in discussions about factors that could contribute to the higher-than-expected rates of incarceration and STIs.

Perhaps the researchers would have learned from the community partners that the primary site of the study, the Grass Blade Youth Community Center, works closely with the juvenile courts and the state’s early prison release program on a project for ex-offenders that has been highly successful in offering educational opportunities and facilitating job placement for the young men. Young men from around the region participate in the program, so many of the men in the researchers’ study do not actually reside in the Park neighborhood where the community center is located. With this information, the researchers may consider additional analyses using variables, such as residential addresses and zip codes that would more accurately reflect the frequency of incarceration and STIs in the Park neighborhood.

The community partners might also suggest other strategies to insure that the results are representative of the community, such as changing the primary day of data collection from Monday to Thursday because more young men from the Park neighborhood visit the community center on Thursdays to participate in the basketball league.

If it is determined that the data collected are from a representative sample of the Park neighborhood and potential confounding factors have been eliminated or controlled for, both the community and academic partners should agree on how the data will be presented to the community. The partners must not alter the research results but should present them to the community in a clear, easily understandable, culturally sensitive, useful, and empowering manner [6]. For instance, if the results are expressed in scientific and medical terminology rarely used outside the academic setting, the community may be less likely to understand or believe the results. If, on the other hand, the results are presented jointly by the academic and community partners in easily understood language, the community is more likely to accept the results and work with the partners to develop and implement interventions.

The following two examples of messages about the same research results are likely to generate very different responses from the community.

Dr. Allen and Reverend Mason: Among the young men in our study, we found higher-than-expected rates of incarceration and sexually transmitted infections, especially HIV. These findings are very concerning to all of us. We must work together to better understand the factors contributing to incarcerations and sexually transmitted infections and to ultimately reduce these rates.

To avoid the types of misunderstandings and conflicts seen in this scenario, it is imperative that partners in CBPR develop mutual and respectful trust to facilitate the shared authority necessary to conduct CBPR. Both the academic and community partners should have well-defined responsibilities that are clearly indicated in a memorandum of understanding (MOU) or similar document. The MOU should include provisions for conflict resolution to avoid the dissolution of partnerships.

Because data dissemination is one of the most common areas of conflict among community and academic partners, it is important to develop a plan for data dissemination and authorship prior to the start of a study [7]. In CBPR, the academic and community partners share ownership of the data, so researchers should neither present nor publish data without the consent of the community partners, and vice versa [8]. Although the ownership is shared, neither partner should maintain veto power. Instead, partners should agree to continue discussions until a resolution or compromise is reached, even if it involves inviting a third party to mediate [9].

In addition to a plan for conflict resolution, a prospective discussion of data interpretation and dissemination should occur. Potential questions include:

Because conducting CBPR is a complex and dynamic process involving partners with a variety of interests, disagreements are likely to occur. Managing conflicts is easier when the partners have developed a mutually respectful relationship and there is a written agreement at the start of the study. Stages in the research process that are more likely to result in discord should be anticipated and discussed early in the process to facilitate a quick resolution. With adequate planning and a detailed MOU, conflicts may not be avoided, but they are more likely to be resolved in a manner that will facilitate the research and improve the health of the community. 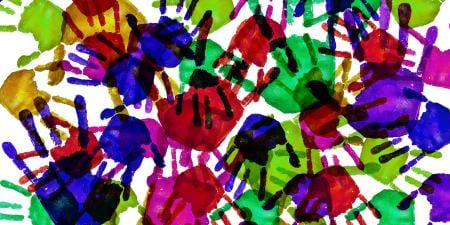 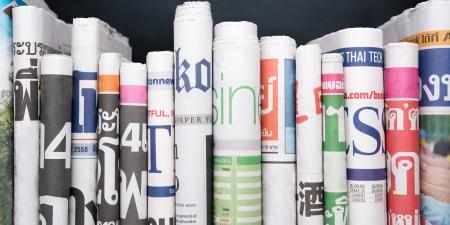