Evidence of the low value of United States health care has led researchers to try to identify specific sources of wasteful spending. Many of these efforts have evaluated regional variation in spending patterns—particularly Medicare spending—within the United States. By finding that regional variation in spending is not generally correlated with patient outcomes [5, 6]—suggesting that some regions’ practices were not cost-effective—this literature captured the attention of policymakers and sparked public and private sector proposals to reduce unwarranted variation in treatment. Recent evidence suggests, however, that higher-intensity care may, in fact, improve patient outcomes, calling into question how much we stand to gain by reducing “waste” in health care spending. In this paper, we summarize what is known about the relationship between health care spending and quality of care and the current efforts to reduce unwarranted variation in care.

The Cloudy Relationship between Treatment Intensity and Quality

Much of the evidence that variation in health care treatment intensity (including the number or concentration of diagnostic tests, physician visits, hospitalizations, and procedures) is weakly related to quality comes from the Dartmouth Atlas of Health Care. In a landmark study, researchers from the Dartmouth Institute for Health Policy examined patients hospitalized between 1993 and 1995 for hip fracture, colorectal cancer, or acute myocardial infarction, as well as a representative sample of Medicare enrollees in their last 6 years of life, and determined each cohort member’s exposure to different levels of spending on end-of-life care [5]. The researchers documented significant variation in health care spending and quality across geographic regions in the United States for similar patients. Regions in the highest quintile of Medicare spending had 65 percent more medical specialists per capita but 26 percent fewer general and family practitioners. Medicare beneficiaries who lived in high-spending areas received approximately 60 percent more services than did those who lived in low-spending areas. Yet, this increased utilization was not explained by underlying illness rates and was not associated with any gain in life expectancy. On average, beneficiaries who lived in regions with higher Medicare spending were not more likely to receive recommended treatment for routine health maintenance and for care related to myocardial infarction.

More recent evidence suggests, however, that higher-intensity care may, in fact, improve patient outcomes. A recent study evaluated the relationship between intensity of care and quality in New York State by exploiting the quasi-random assignment of patients to hospitals based on ambulance referral patterns. The researchers found that higher procedure intensity was associated with lower mortality one year after hospitalization [7]. Similarly, Silber and colleagues reported a relationship between greater care intensity and lower mortality in the 30 days after admission among Medicare beneficiaries who received general, orthopedic, and vascular surgery between 2000 and 2005 [8]. The decreased mortality was not due to fewer complications but rather to fewer deaths among those with complications. Outside of this 30-day window, however, Silber and colleagues found that patients from lower- and higher-intensity hospitals were no more likely to live or die in the following year and that patients return to the same “baseline hazard” of death after surviving that first month. Amber Barnato interpreted these results as meaning that “better hospital quality improves safety (e.g., survival conditional upon hospitalization), but it does not improve population health (e.g., longer life expectancy or slowed functional decline)” [9]. While the United States medical workforce has extensive specialty expertise in intensive medical treatments, the current health care system may fail to prioritize low-cost, low-intensity health care interventions (for example, vaccinations) that could dramatically improve overall public health.

Why Are Costs Not Strongly Related to Quality in the United States?

The Food and Drug Administration (FDA) in the United States approves a drug or device if it is shown to be safe and effective. For drugs, the FDA approval process relies mainly on the comparison of a single treatment to an extant treatment or placebo [10]. Standards are less stringent for medical devices: many are cleared for market under the “510(k)” provision, which requires only that a device be substantially equivalent to another device already on the market [11]. There is no requirement for new drugs or devices to be more effective or less costly than existing approved regimens. Payers, such as Medicare, have adopted these new technologies without considering cost effectiveness or comparative effectiveness. As a result, expensive new therapies are adopted without good evidence that they improve patient outcomes. A recent example comes from the approval of new cancer drugs, which can cost well over $100,000 per year and are often expected to extend life for little more than a month [12].

Once approved, many treatments—while cost-effective in some cases [13]—are given to patients who have little to gain from them. For example, a study by Tu and colleagues showed that, despite similar survival outcomes, rates of coronary angiography, angioplasty, and bypass surgery following a heart attack were 5 to 10 times higher in the United States than in Canada [14].

Another reason why spending is not highly correlated with quality is that the price of the same service varies. Medicare pays physicians and hospitals using administrative prices that are adjusted based on a variety of factors—including geographic region, indirect medical education (which accounts for the cost of training residents and fellows at teaching hospitals), and the hospital’s “disproportionate share” (which reflects the burden of caring for indigent patients)—but vary little based on quality [15]. Variation in prices paid by private insurers is due largely to bargains struck with doctors [16, 17], rather than quality of care.

Efforts to Reduce Waste and Improve Value in Care

There are efforts under way to increase value in medical care by reducing unwarranted variation in medical services. The Choosing Wisely campaign [18] is an initiative of the American Board of Internal Medicine (ABIM) that encourages physicians, specialty societies, patients, and health care stakeholders to make decisions about the appropriateness of medical care based on a patient’s individual situation rather than automatically following guidelines. This initiative encourages avoidance of unnecessary tests and procedures that yield no benefit and could actually do harm. Commitment by national specialty societies to documenting such evidence-based recommendations should reduce regional variation. Nonetheless, researchers and physicians alike have struggled to identify specific instances in which treatments should be withheld. In a review of the literature, Korenstein and colleagues could identify only a handful of services that evidence strongly indicated were overused [19]. Reducing the use of these services nationwide would make a negligible impact on health care spending.

At the request of Congress, the Institute of Medicine (IOM) convened a committee to examine geographic variation in Medicare expenditures. The committee was asked whether Medicare should modify payments to adjust for the value of services delivered in a region by using a value index, which would account for both the health benefit obtained from delivered services and their cost. The committee found that, within any area, clinician behavior varied substantially, so that increasing reimbursement for all doctors in an area would unfairly reward those who performed poorly, and reducing reimbursement for all doctors in an area would unfairly penalize those who performed well [20, 21].

The Centers for Medicare and Medicaid Services have started to endorse value-based purchasing, bundled purchases, and accountable care organizations [22, 23]. Such practices encourage clinicians to deliver higher-quality care by tying reimbursements to quality metrics and cost reduction for an assigned population. It is unclear, however, whether the design of these programs provides sufficiently strong incentives for physicians [24] and hospitals [25] to improve quality and reduce costs.

Future efforts to reduce costs and promote quality will undoubtedly involve a multimodal approach. First, due to substantial differences in practice patterns that lead to varying degrees of health care quality within a region, we should strive to tailor payments to decision-making entities (clinicians or health care organizations) based, in part, on measures of quality. Increased adoption of value-based purchasing practices and the creation of accountable care organizations, which tie reimbursements to quality metrics, are examples of this. Second, the Centers for Medicare and Medicaid Services should collaborate with private insurers so that new payment models can be evaluated by both. There is some encouraging movement in this direction [26].

Third, it is crucial not only to fund comparative effectiveness research, but to use its findings to develop national guidelines and insurance coverage decisions with a focus on value [27]. The highest-quality medical care is that which yields the greatest benefit to patients at the lowest possible cost. However, there is currently a high degree of uncertainty about whether certain treatments are beneficial, how alternative treatments compare to one another, and which treatments are the most cost-effective. Fourth, we must expand private-payer price transparency and reference pricing [28], which together have the potential to reduce variations in prices and reduce costs overall.

Fifth, the medical community needs to conduct research and develop standards for measuring and monitoring overutilization of services in order to best utilize our current health care resources. Lastly, there needs to be a continued commitment by physicians, patients, and health care stakeholders to reduce regional variation and waste of health care resources, to provide care according to proven best practices, and to perform only those tests and procedures that will meaningfully alter clinical management.

A reduction of aggressive health care that is not cost-effective is a national priority. However, we must also ensure that cost-cutting does not compromise health care quality and patient outcomes. Given the evidence that high intensity care can improve patient outcomes, policymakers should use the scalpel, rather than the hacksaw, to reduce unwarranted variation in care. 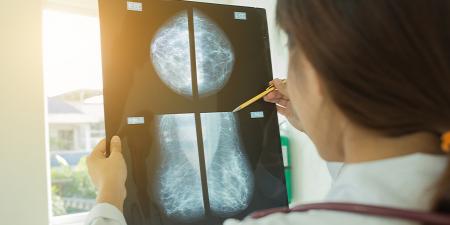 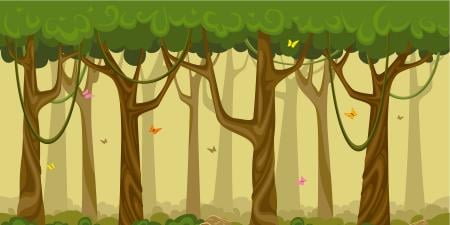 AMA Code of Medical Ethics’ Opinion on Pay for Performance 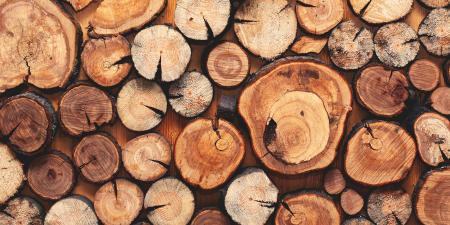 Unwarranted Variations in Care: Searching for Sources and Solutions