The story behind this month’s theme issue of Virtual Mentor begins in London in 1938, with a physician named Alison Glover. He was studying tonsillectomy rates among children in different school districts in England and Wales when he came across some startling results: the frequencies of tonsillectomies varied greatly from region to region, with rates in some areas up to eight times higher than others. Most importantly, Dr. Glover could find no statistically significant differences in health outcomes between any of the regions. Thus, it looked as though many children were undergoing unnecessary, invasive surgical procedures that provided no particular benefit to their health, and nothing in the data could explain why [1].

Glover published his findings in August of 1938, but discussion on this topic did not emerge in the United States until another physician, John Wennberg of The Dartmouth Institute for Health Policy and Clinical Practice (TDI), began analyzing Medicare data in the 1970s. His work showed striking geographic differences in health care delivery in the United States that could not be explained by increased rates of or predisposition to illness in the patient population. Wennberg called this difference “unwarranted variation” [2]. Since then, awareness of unwarranted variation in health care has increased dramatically within the medical community, and physicians, researchers, and policymakers are working to further understand this concept and what effect it has had on the American health care system.

According to Dr. Wennberg and his colleagues at TDI, there are three different categories of unwarranted variation in health care delivery: physicians' underutilization of evidence-based interventions, differences in preference-sensitive care, and supply-sensitive care [3]. The first type refers to the underutilization of certain medical practices by physicians in different areas. This type of variation is not attributed to a lack of resources but is instead associated with “the degree to which care is organized and coordinated” [3]. The second type of variation occurs in cases in which patients have a choice of effective treatments but, in actual practice, “medical opinion rather than patient preference tends to dominate the treatment choice” [4]. The third type, supply-sensitive care, refers to the finding that use of health care resources appears to correlate more strongly with their availability than with medical need. This type of unwarranted variation has the greatest potential to lead to significant increases in cost of health care delivery.

In this issue of Virtual Mentor, our authors look at the presence and ethics of unwarranted variation both at the individual physician level and in the United States medical system as a whole and discuss efforts to reduce it. The difference between patient and physician preferences is at the center of the issue's first ethics case: a woman recently diagnosed with breast cancer must choose between undergoing a mastectomy or a lumpectomy, which have been shown to have equal survival rates in cases like hers. Heather MacDonald, MD, describes the medical and personal factors that affect such a decision and the role of the physician in helping the patient with that choice.

Another ethics case explores how physicians may react to data that suggest a correlation between their preferences and overutilization of services--in this instance, cesarean-section birthrates. Stephen J. Ralston, MD, MPH, emphasizes the obligation of physicians to analyze their own practice critically in order to improve the health care they provide. Hilda Bastian, one of the founding members of the Cochrane Collaborative, gives advice to young researchers on presenting important but potentially controversial evidence to a skeptical audience.

In the third ethics case, a medical student approaches the dean of his school after seeing two different--yet seemingly equally rational--approaches to screening patients for prostate cancer. Michael LeFevre, MD, MSPH, describes the complex and debated topic of prostate cancer screening and advises medical students and young physicians on how to approach the variation they will inevitably encounter in their medical training. Such differences in utilization can be legally significant: the locality rule, which has been used in deciding malpractice lawsuits, states that the regional customs and standards that a physician is exposed to should be taken into account in malpractice cases. Stuart P. Swadron, MD, Peter Milano, MD, and Anne M. Milano, JD, propose that the “locality» rule be reimagined as a “resource” rule in light of the influence that resource availability within a given institution at a given moment has on emergency physicians’ practices. Richard Weinmeyer adds that the difficulty in standardizing informed consent practices from state to state can complicate legal determinations of malpractice.

Dr. Wennberg and his colleagues found that supply-sensitive variation is the largest contributor to regional differences in cost of health care. Leah A. Burke, MD, and Andrew M. Ryan, PhD, examine the relationship between cost and quality of health care delivery and the effect that unwarranted variation has had on both of those factors. Because of this relationship, tools and policy being developed to reduce unwarranted variation usually aim to reduce supply-sensitive care. William L. Schpero, MPH, discusses the creation and possible utilization of one of the policy-based efforts to reduce this variation: the Choose Wisely initiative. In another article, Michael Farias, MD, MS, MBA, and Rahul H. Rathod, MD, describe the Standardized Clinical Assessment and Management Plans (SCAMPs), a tool they developed that has been effective in reducing unwarranted deviations from care guidelines, optimizing resource use, and improving patient outcomes.

Because this “big data” has led to initiatives aimed at minimizing unwarranted variation, it is important that physicians entering the workforce be aware of this concept and mindful of how they let it affect their own day-to-day practice. Greg Ogrinc, MD, MS, describes how the Geisel School of Medicine at Dartmouth, the home of Dr. Wennberg and TDI, has incorporated discussion of unwarranted variation and training in quality improvement into its curriculum. In his piece, Bill Davenhall, MA, describes the novel concept of “geomedicine,” urging physicians to start considering patients’ geographic histories in order to make fully informed decisions regarding their care.

Finally, in his op-ed, James Reschovsky, PhD, provides an alternative explanation for the differences found by Dr. Wennberg’s analysis of the Medicare data, countering TDI’s theory of unwarranted variation and reminding us that there is still a lot to learn and to understand about this burgeoning topic. It will be up to future physicians to determine where the differences in health care delivery originate, what areas of quality and patient care are affected, and how much of this variation is truly “unwarranted.” 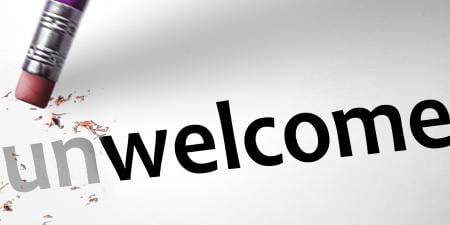 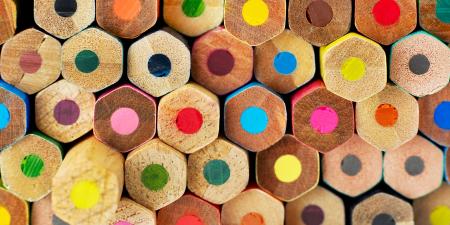 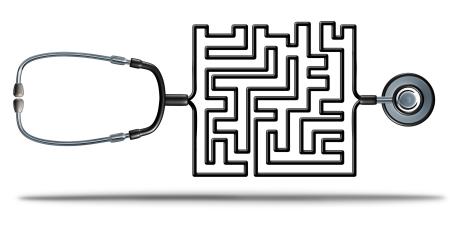