Because the information physicians routinely elicit in the process of providing care is often of a very private nature, the willingness of patients to share this information and give physicians access to their bodies is based in part on their trust that the information will be held in confidence. Breaches of confidentiality, then, have the potential for doubly negative consequences—both harm to the patient (by making formerly private information public) and damage to her trust in the relationship (which is crucial for diagnosis and treatment of illness).

Consider, too, the critical role of protection of confidentiality in the Hippocratic Oath—a document that bears no mark of respect for patient autonomy. In that context, the physician must not reveal “such things [as are] shameful to be spoken about” [6], bringing to mind the significant social context of determining what is “shameful” to speak about (though not thereby shameful in itself) and invoking the dictum against such revelation seemingly independently of harmful effects to the patient. While we may, in a modern context, question what should or should not be “shameful” to reveal, we cannot escape the social and contextual rendering of some aspects of the self as private.

Generally speaking, the moral and social heft of confidentiality stems largely from the intimate personal nature of illness and its treatments, and from the trusting relationships on which health care is based. As quasisacred as these commitments may be in medicine, their commonsense meanings and importance derive from deeply held cultural understandings of sociality, individuality, citizenship, and bodily integrity, reflected in a variety of sacred and secular practices. In particular, expectations regarding what is private and why depend on cultural context. In an American context, we “respect the privacy” of grieving families by custom and consider genitalia to be “privates,” yet other cultural practices call for grief to be enacted publicly and endorse different rules for which parts of the body are private, and should be covered when and with whom.

Recognizing an array of culturally informed habits and preferences about privacy and confidentiality in medicine is often subsumed under the banner of cultural competence. Caution is in order, however, because “among-those-people” formulas are shortcuts that may not reflect family or individual expectations and traditions. It would be risky to base a presumption of cultural differences in privacy practices on the language or dress of a patient’s spouse or parents, for example. Generational variations in acculturation are always a possibility as well. Furthermore, familial expectations may not reflect the will or interest of the individual patient, for whom the physician is the fiduciary. The basic tenets of patient-centered doctoring require what Linda Hunt refers to as “humility” about difference [7]—that each patient’s sensibilities be learned, not predicted or prescribed.

Focusing on cultural difference can easily distract attention from the ways in which social roles and contexts influence confidentiality practices. Differences in what information is shared, how, and with whom, between a rural private practice and an urban hospital setting, for example, are legion. In a “systems-based” hospital practice, the scope and complexity of care mean that the patient’s medical needs are met by a small army, making intimacy-based trust difficult, if not preposterous [1]. In rural communities, on the other hand, patients may be concerned about the intimacies of a small town leading to unwitting exposure “because there is less anonymity and sometimes a faster flow of information” [8].

Sancar et al. reviewed the extant research on patient understandings of confidentiality and concluded that many patients are confused by, and misinformed about, confidentiality provisions and protections, often over- or underestimating protections of information they consider private [9]. At the same time, patients’ values regarding confidentiality appear reasonable; they generally recognize physicians’ need to share patient information with one another, but consistently uphold the conviction that access to medical information should be restricted to people involved in patient care [10].

The literature to date on patient perspectives on confidentiality has focused on (sometimes overlapping) groups that may be particularly in need of confidentiality: adolescents and seekers of genetic testing, HIV/AIDS testing, and mental health care [11]. Recognizing their social roles and social and personal expectations and assumptions regarding their medical care is important. Adolescents may be particularly concerned about sharing information with their parents or guardians, while others seeking sensitive care may be concerned about revelations to life and long-term care insurers and others who determine their future insurability or could discriminate against or exclude them. Some patients with psychiatric diagnoses or genetic or “lifestyle” risks such as smoking or drug use ask their physicians to keep such information “off the books,” further complicating the questions of information control between patients and doctors.

Goffman identifies information control as a major concern for people who fear being stigmatized [12]. In his terminology, a person with a known or visible impairment is “discredited,” while someone whose malady is not apparent fears disclosure and is “discreditable.” In both circumstances, information control is paramount, and in our current health care system quandaries ensue about the “ownership” of medical information.

A discussion of the social aspects of physician-patient confidentiality would not be complete without attention to the impact of the information age. At present there are many online theaters of social communication, like YouTube, Facebook, LinkedIn, and the like, that remodel our ways of claiming, protecting, and enacting privacy. The indiscretions of burgeoning medical professionals for whom these forms of communication are second nature have led to concerns over inculcating new habits of careful information sharing. In a recent study by Bosslet et al. [13] of medical students, residents, and practicing physicians, practicing physicians were least likely to use social media, yet they were most likely to receive social-media “friend” requests from patients. A majority of this group did not think it was ethically advisable to form such online relationships—largely out of concern for confidentiality.

In the modern age of electronic health records, it may be technically possible to hack into any database. Records that, in the past, were protected mainly by lock and key, are still vulnerable. Still, the citadel of trust, privacy, and confidentiality in medicine is the doctor-patient relationship, the reciprocal promises and expectation of experiences and truths revealed and suffering attended to. Hacking this “archive” is not a technical challenge, but would require moral failure that each physician can and should prevent in their privileged trust with patients. 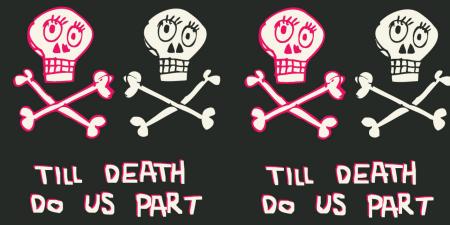 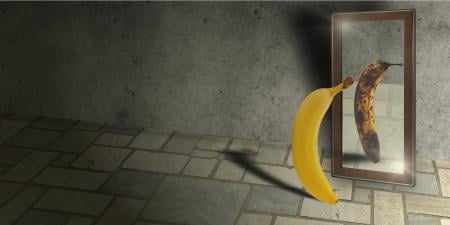 The Student Becomes the Patient