Dr. Santos has been seeing Kyle Green for depression for 8 months. When they began working together, Mr. Green, an accountant, said that his 13-year marriage was falling apart. His work situation was even worse, he said. He worried that his employer, a well-known accounting firm, might be engaging in practices that would considered unethical if scrutinized closely. He was boxed in, he said. He couldn't jeopardize his income and look for another job at this time. Nor could he focus on attempting to fix his marriage due to worry and long hours at the job.

Kyle Green had begun staying late at the office, documenting all his work, who had requested it, and what exactly he had done in response. He'd arrive home at 8 PM. He and his wife would eat at the same table, discussing only household finances and other matters that had to be decided mutually, and share a bottle of wine. Kyle said his wife would get increasingly nasty in her words and attitude, so he would leave the table, look at the newspaper for half an hour, and go to bed by 10 or 10:30.

He wasn't seeing much of his 2 daughters. On weekends, his wife would hustle the girls, aged 8 and 11, out of the house. She said she did not want them exposed to the bickering and hostility between their parents. Besides, she said, Kyle was so preoccupied that he wasn't any company for the girls and couldn't give them the attention they needed. Sometimes the 3 of them wouldn't return until late evening, Kyle said, and his wife would only say they had been at friends. Kyle didn't want to interrogate the girls, but, in answer to his general query about what they had done while out of the house, they usually said that their mother had dropped them off at friends' houses and picked them up later.

Immediately before coming to see Dr. Santos for the first time, Kyle Green had made the mistake—as he now saw it—of telling his wife he didn't think he could carry on with the marriage or at work. "I ought to just check out," he said in a particularly low and slightly boozy moment. "That would solve everything." Mrs. Green had insisted that her husband get help, and Kyle had started therapy with Dr. Santos. Dr. Santos had tried Kyle on a couple of antidepressant medications. He hadn't been responsive yet, and she was searching for a third. They were focusing on his work problems and the marriage situation.

Mrs. Green sued for divorce and custody of the 2 girls. Moreover, she did not want her husband to have visitation rights. She said he had a drinking problem and was suicidal. Her attorney wrote to Dr. Santos subpoenaing Kyle Green's records. When Dr. Santos informed Kyle, he objected to the records being released. He had been more despondent than ever since the divorce proceedings had begun and had spoken candidly with Dr. Santos about suicide.

In fact, at first news of the suit, he had stated more emphatically than previously that he had nothing else to lose and didn't see any reason to continue the painful daily routine. In addition to these admissions, Kyle had been discussing his job with Dr. Santos, trying to decide what he should do with that uncomfortable and possibly unethical situation. He certainly did not want this information to get into other hands.

Kyle would not accuse his wife of any unsuitable behavior, so Dr. Santos couldn't get a good idea of why the marriage was failing. Kyle said he didn't know why his wife had stopped loving him and become so nasty to him, but he assumed the responsibility for the failure of the marriage. "Why shouldshe love me?" he asked Dr. Santos.

Divorce and custody battles can be extremely bitter and divisive for patients, as well as providing landmines for their treatment providers. This case raises at least 2 major areas for discussion; (1) how to deal with subpoenas and (2) how to think about potential role conflicts in the context of a divorce and custody dispute.

Subpoenas: What to Do

The first principle is that subpoenas should not be ignored. To do so could have negative consequences for both the patient and the psychiatrist. The most prudent course would be to make sure that the patient has legal representation and then have him sign a release that allows you to notify his attorney of the demand for disclosure of treatment records. This gives the attorney the opportunity to raise objections to the court regarding both the need for the records and the extent and timing of any disclosures.

Analyzing psychiatric privilege in custody disputes is complex and varies considerably among states. Privileges may interfere with the goal of obtaining the best evidence by protecting certain pertinent information from the court's consideration. The protection of children has been deemed a compelling state interest that justifies the overriding of the privilege, eg, in situations involving known or suspected child abuse or neglect.

Many state courts will permit some access to psychiatric records if they are considered relevant. The "relevance" analysis may be interpreted broadly, including any factors that appear to be necessary. In theory, this aids the court's fact-finding. In reality, custody disputes in the adversarial system frequently result in each party's making an issue of every aspect of the other's life, hoping to impress the court by showing what a bad parent the other is. Any past history of mental health treatment becomes evidence of the lack of fitness to have custody of the child.

The general rule for waiver of psychiatrist-patient privilege is that the patient must put his or her mental health at issue and the court must find that "it is more important to the interests of justice that communications be disclosed than that the relationship between the person and the psychiatrist be protected." The burden of persuading the court that justice requires the testimony's admission is on the party seeking to admit testimony. These general rules for waiver are difficult to apply in the child custody setting.

First, there is no unanimity regarding the question of whether merely seeking custody puts a parent's mental health at issue and waives the privilege. Second, some courts believe that a balancing of interests is required; privilege is overridden if the evidentiary need for disclosure of the contents of a patient's treatment sessions outweighs the patient's privacy interests. Psychiatrists prefer the view in the US Supreme Court ruling in Jaffee v Redmond that created a patient-psychiatrist privilege in federal courts:

"If the purpose of the privilege is to be served, the participants in the confidential conversation [patient and physician] must be able to predict with some degree of certainty whether particular discussions will be protected" [1].

Thus the outcome is not clear in the case of Dr. Santos even though the information may, at first glance, seem relevant. In re Matthew R. shows how a Maryland appellate court overruled the trial court's order of disclosure of all records pertaining to the mother's treatment for bipolar disorder, noting that "if one parent in a custody dispute could, by challenging the other parent's mental fitness, get access to the other parent's records by his or her response to the allegations, the privilege would be meaningless" [2]. The court reasoned that "the benefits to society of having confidential and privileged treatment available to troubled parents far outweighs the limitations placed upon the court by not having such information revealed."

The adversary system can be highly distressing to all participants in custody disputes. Although attempts have been made to create a more humane and child-protective courtroom, engaging in a battle with family members is not a positive experience; certainly it is not for the children who are often placed in the middle of this internecine warfare. Nor is it generally friendly to the parents. The adversary system requires parties to refrain from addressing each other directly; they may communicate only through their attorneys. The adversary system forces parties to present information in a way to help them "win" their case, rather than to examine the facts contextually. For this reason, many states require some efforts at mediation before a full-blown trial [3].

It is not uncommon in this context for attorneys to request letters from treating psychiatrists attesting to the patient's ability to parent. Such attempts add the role of expert witness to the treatment role. Ethical guidelines developed by the American Academy of Psychiatry and the Law for psychiatrists in this situation recommend that treating psychiatrists should avoid/decline the role of expert. This is recommended for several reasons. First, it may disrupt the treatment relationship, especially if the patient does not succeed in his wishes and blames the psychiatrist-expert for his poor performance. Second, the kind of evaluation required to be an expert witness is very different than an evaluation conducted for therapeutic reasons. The former generally requires interviews with independent sources to confirm information, and a review of all previous records, as well as obtaining psychological testing to bolster clinical impressions. If one is going to offer an opinion that the patient is deserving of custody, an examination of the other spouse would also be required.

If it appears that an expert will be required, it is recommended that a separate expert be hired to evaluate both the children (assessment of special needs) and the parents (capacity to parent and provide for any special needs). In many circumstances the court will appoint an "independent" expert who will report to both sides and the court. This does not preclude the parties from hiring additional experts.

Therefore, in my view, Dr. Santos should first let his patient know that he has received a subpoena. Then he should ask if his patient has obtained an attorney to represent him. If so, he should then have his patient sign a release of information form permitting Dr. Santos to talk with his attorney. Dr. Santos should review with both the patient and his attorney their plans regarding how the subpoena will be handled in court and whether they will try to quash the subpoena. Dr. Santos should also review with the attorney what he is likely to say in response to questions regarding his diagnostic impressions and treatment plan if testimony is required by the court. He should also make clear that if expert conclusory testimony is needed regarding who is best able to provide for the child's needs, a separate evaluation by a non-treating forensic expert should be obtained. 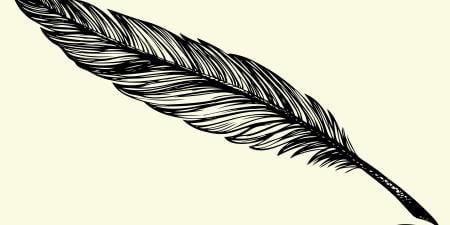 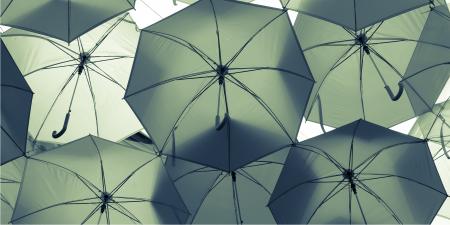