Dr. Santos has been seeing Kyle Green for depression for 8 months. When they began working together, Mr. Green, an accountant, said that his 13-year marriage was falling apart. His work situation was even worse, he said. He worried that his employer, a well-known accounting firm, might be engaging in practices that would considered unethical if scrutinized closely. He was boxed in, he said. He couldn't jeopardize his income and look for another job at this time. Nor could he focus on attempting to fix his marriage due to worry and long hours at the job.

Kyle Green had begun staying late at the office, documenting all his work, who had requested it, and what exactly he had done in response. He'd arrive home at 8 PM. He and his wife would eat at the same table, discussing only household finances and other matters that had to be decided mutually, and share a bottle of wine. Kyle said his wife would get increasingly nasty in her words and attitude, so he would leave the table, look at the newspaper for half an hour, and go to bed by 10 or 10:30.

He wasn't seeing much of his 2 daughters. On weekends, his wife would hustle the girls, aged 8 and 11, out of the house. She said she did not want them exposed to the bickering and hostility between their parents. Besides, she said, Kyle was so preoccupied that he wasn't any company for the girls and couldn't give them the attention they needed. Sometimes the 3 of them wouldn't return until late evening, Kyle said, and his wife would only say they had been at friends. Kyle didn't want to interrogate the girls, but, in answer to his general query about what they had done while out of the house, they usually said that their mother had dropped them off at friends' houses and picked them up later.

Immediately before coming to see Dr. Santos for the first time, Kyle Green had made the mistake—as he now saw it—of telling his wife he didn't think he could carry on with the marriage or at work. "I ought to just check out," he said in a particularly low and slightly boozy moment. "That would solve everything." Mrs. Green had insisted that her husband get help, and Kyle had started therapy with Dr. Santos. Dr. Santos had tried Kyle on a couple of antidepressant medications. He hadn't been responsive yet, and she was searching for a third. They were focusing on his work problems and the marriage situation.

Mrs. Green sued for divorce and custody of the 2 girls. Moreover, she did not want her husband to have visitation rights. She said he had a drinking problem and was suicidal. Her attorney wrote to Dr. Santos subpoenaing Kyle Green's records. When Dr. Santos informed Kyle, he objected to the records being released. He had been more despondent than ever since the divorce proceedings had begun and had spoken candidly with Dr. Santos about suicide.

In fact, at first news of the suit, he had stated more emphatically than previously that he had nothing else to lose and didn't see any reason to continue the painful daily routine. In addition to these admissions, Kyle had been discussing his job with Dr. Santos, trying to decide what he should do with that uncomfortable and possibly unethical situation. He certainly did not want this information to get into other hands.

Kyle would not accuse his wife of any unsuitable behavior, so Dr. Santos couldn't get a good idea of why the marriage was failing. Kyle said he didn't know why his wife had stopped loving him and become so nasty to him, but he assumed the responsibility for the failure of the marriage. "Why shouldshe love me?" he asked Dr. Santos.

Judicial authority to compel disclosure of information revealed in psychiatric treatment for use in custody disputes has been frequently litigated. Such records are more likely to be admitted as evidence when the court is using the "best interest of the child" standard in resolving the custody dispute.

The applicable AMA ethical principles relevant to the subpoenaing of Mr. Green's records are as follows:

Principle III: A physician shall respect the law and also recognize a responsibility to seek changes in those requirements which are contrary to the best interests of the patient.

Principle IV: A physician shall respect the rights of patients, of colleagues, and of other health professionals, and shall safeguard patient confidences within the constraints of the law [1].

The compelled release of psychiatric records by the treating psychiatrist is very problematic for reasons that underlie the ethical principle of confidentiality. Mandatory release of records can destroy an existing treatment relationship and may also deter others from seeking needed treatment.

A subpoena does not require Dr. Santos to send the records to Ms. Green's attorney, although it does require Dr. Green to produce them at a specified time at a particular setting (e.g., deposition, divorce hearing, etc.). Dr. Santos should request Mr. Green to have his attorney file a motion to quash the subpoena, which, if successful, would make Dr. Santos's dilemma moot.

Assuming that the judge does not quash the subpoena, what options are available to Dr. Santos? An American Psychiatric Association task force has thoughtfully considered this issue. This task force recommended that a court deciding custody should permit the disclosure of confidential information revealed in psychiatric treatment only when the information is likely to be of real importance to the custody determination and is not available from other sources. Such breaches of confidentiality should only occur when substantial evidence before the court indicates that the parent whose treatment records are at issue may be psychologically unfit to function as a parent, and that information revealed in psychiatric treatment will be important in resolving this issue [2].

Mr. Green's attorney could file a motion for an in camera review (i.e., a hearing or discussion with the judge in the privacy of his chambers or when spectators and jurors have been excluded from the courtroom) of Mr. Green's psychiatric records to determine which records, if any, are relevant to the custody proceedings. The court may also appoint an independent psychiatrist to review the record, thus assuring that only information pertinent to the patient's parenting capacity is disclosed. Following such an approach, it is very likely that information concerning Mr. Green's employer's questionable business practices would not be disclosed due to lack of relevancy in the custody dispute. Following the American Psychiatric Association (APA) task force's procedural recommendations, disclosure would be permitted in cases in which it was needed to assure the child's well-being, while confidentiality of the therapeutic relationship would be protected to the maximum extent possible.

Compelled disclosures of certain treatment information occur in other circumstances, such as reporting suspected child abuse and taking steps designed to protect a third party from potential harm by a patient in certain specified circumstances (eg, the so-called Tarasoff exception). Courts, legislators, and health care professionals have struggled to develop a balance between compelling state interests (such as protecting others) and privacy rights of the patient. It is generally recognized that when a person who needs mental health treatment actually obtains mental health treatment, it often protects other persons too—directly or indirectly. Individuals are often less willing to enter treatment if they know that their disclosures to a psychiatrist might later be used against them in some fashion.

The APA encourages psychiatrists to obtain consent before disclosing medical information, even if not legally mandated to do so either by federal (eg, HIPAA) or state law. Doing so invites patients and their psychiatrists to discuss the nature and limits of the psychiatrist's duty to preserve confidentiality. The APA has held, through its Principles of Medical Ethics with Annotations Especially Applicable to Psychiatry, that explicit consent, preferably written, should be obtained from the patient prior to disclosing information to third parties [3]. Thus, Dr. Santos's dilemma could have been significantly lessened had she disclosed to Mr. Green prior to beginning treatment that there were various exceptions to confidentiality, although it would have been unlikely that Dr. Santos could have foreseen (and therefore have informed Mr. Green) the specific exception being put forth.

The dilemma being faced by both Mr. Green and Dr. Santos could be minimized by Dr. Santos's style of record keeping. Specifically, it is often possible to maintain adequate treatment records from both a clinical and legal perspective without including potentially embarrassing information in these records. It is easier for the treating psychiatrist to formulate documentation guidelines if he or she assumes that the treatment records will be made available to either the patient or others.

Experience has also demonstrated that, even in the context of compelled disclosures, it is possible to achieve therapeutic benefit by dealing with the information to be disclosed and the disclosure process. For example, Mr. Green's apparent isolation from his children needs to be addressed in therapy. It is more likely a reflection of his depression and the dynamics within his marriage than a matter of poor parenting. His apparent passive stance in the marriage will also need to be addressed, and may become a more focal issue for him as he discusses the possible compelled disclosures. The detrimental effects of compelled disclosures can be minimized if the psychiatrist effectively involves the patient in the disclosure process from both legal and therapeutic perspectives. 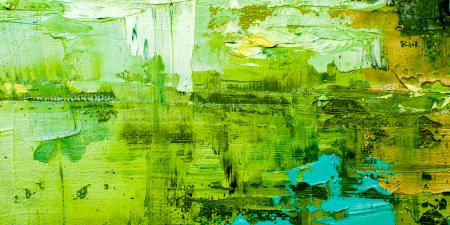 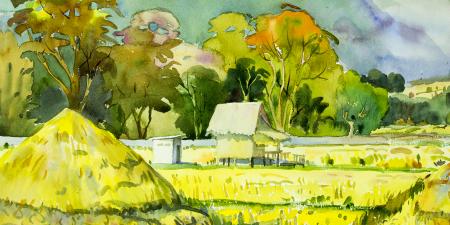 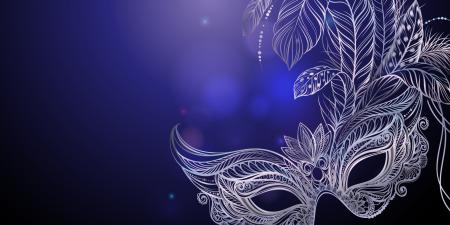