Mr. Fitzpatrick has made an appointment for a general physical exam. At 31 years of age, Mr. Fitzpatrick remains active in his work in information technology, but he has not seen Dr. Anderson since his early 20s. In other words, during today's visit the 2 have a lot to talk about.

A thorough discussion of Mr. Fitzpatrick's family history does not reveal any significant conditions or diseases occurring at abnormally young ages in his relatives (eg, heart disease or cancer). The physical exam is likewise unremarkable, except for slightly elevated blood pressure on 2 separate readings (138/89 mm Hg and 140/89 mm Hg). Dr. Anderson counsels Mr. Fitzpatrick on several lifestyle changes that could affect his blood pressure, including reducing his salt intake and increasing exercise. Dr. Anderson frequently sees patients with elevated cholesterol in his family practice clinic, so he is quite cognizant of the need to monitor HDL- and LDL-cholesterol levels as well as triglycerides. He asks Mr. Fitzpatrick to return for a fasting blood test to check his total cholesterol, HDL, and triglycerides. Though reluctant because of work demands, Mr. Fitzpatrick agrees.

Later that afternoon, Dr. Anderson relates his actions to Dr. Monde, one of his practice partners. She is surprised to learn that he routinely screens patients in this age range for elevated cholesterol. In response, Dr. Anderson cites guidelines published in 2001 by the National Heart, Lung and Blood Institute's National Cholesterol Education Program (http://www.nhlbi.nih.gov/guidelines/cholesterol/index.htm). Showing her these guidelines online, he notes that they recommend screening with fasting lipid profiles every 5 years, beginning at age 20, for both men and women. Somewhat perplexed, Dr. Monde recalls that her last reading of the United States Preventive Services Task Force guidelines (issued in 2001) implied that screening for patients who, like Mr. Fitzpatrick, do not have any major risk factors for heart disease, need not begin until 35 years of age for men or 45 years for women. She also wonders whether the test must be a fasting one.

To help settle their debate, they turn to the National Guideline Clearinghouse, which offers a synthesis of clinical guidelines regarding lipid screening in adults. Their disagreement is confirmed, but they are dismayed to find several other organizations offering their own, sometimes conflicting, guidelines. Both physicians wish that a better method existed to keep them up-to-date with these clinical guidelines—after all, both guidelines are now 3 years old—and more importantly, to know what to do in these complex, conflicting situations.

Unaware of any conflict, Mr. Fitzpatrick arrives the next morning for his fasting blood test.

There are few greater challenges than applying probabilistic data when the stakes are very high. Get it right and no one notices; get it wrong, and, it seems, everyone does. This has been true for millennia. It was true for the physicians of ancient Greece, and it is true for the most ably educated, experienced, and wired physicians of the 21st century. There is no escape from the need to make a judgment, a decision, under some amount of uncertainty.

Not all decisions raise ethical issues. High stakes at the racetrack matter much less than high stakes in the clinic or surgical suite. Because we value life and its handmaiden, health, there is an unequivocal moral duty to base medical decisions on the best available evidence. Surely this is uncontroversial; indeed, it would be perverse to suggest otherwise.

That was the easy part. Matters become difficult when we make 3 simple but crucial observations. First, there is quite a lot of evidence (and there has been for some time); second, some of this evidence is not very good; and, third, reasonable people often disagree about how best to distinguish the strong or good evidence from the other stuff.

One universally acknowledged source of good evidence is the randomized controlled trial, widely regarded as the gold standard for evidence to be applied by physicians and other health professionals. Such experiments are valuable precisely because of their design, which, when applied carefully, reduces confounding effects, identifies statistically significant correlations, and increases confidence in the reliability of findings. While the clinical trial as we know it is just over 50 years old, by the 1970s it was seen to be such a reliable source of biomedical knowledge that it was scandalous that more physicians did not know about those studies that bore directly on the clinical challenges they faced. The British epidemiologist Archie Cochrane gave us the leitmotif that has accompanied the recent evolution of evidence-based medicine:

It is surely a great criticism of our profession that we have not organised a critical summary, by specialty or subspecialty, adapted periodically, of all relevant randomised controlled trials [1].

This is, at ground, the very point of clinical practice guidelines.

Our work would be done—the problem solved—if biomedical science, human biology, and the other organisms, toxins, and sharp objects that cause it to come to grief were simple. None of this is simple. Randomized studies of the same phenomenon sometimes conflict, and their data are not always analyzed correctly or reported with adequate rigor. (The gold standard sometimes needs polishing.) Moreover, clinical trials often reveal subgroup variation or point to our ignorance about groups that were not included in the research in sufficient numbers. Research reduces uncertainty; it rarely eliminates it.

It should therefore not surprise us that practice guidelines are themselves works in progress. It would be nothing less than extraordinary if a guideline got it right for all patients and for all time. Why ever would we presume that the moral imperative to do systematic research and make study results easily available would eliminate a feature of all scientific inquiry, namely, that knowledge rarely accretes in a straight line, or that empirical "closure" is once and for all?

That Drs Anderson and Monde disagree over when to commence cholesterol screening may be taken to represent a lack of an unequivocal standard of care, a case of scientific uncertainty, and a challenge to individual physicians who want to "follow the evidence" but find out that matters are not as tidy as they would like. It would be a mistake, however, to believe that this is a new problem for clinicians, or that there is something about taking Professor Cochrane's advice that makes their lives more difficult than before the rise of evidence-based medicine. Medical science has always been probabilistic—and doctors have always sought ways to reduce the consequent uncertainty; what is new is that we now have a means for laying bare this uncertainty and for empowering physicians to apply reasoned judgment to sort out the conflicts [2].

While society, through governments and professional organizations, has a duty to synthesize the best evidence into easily accessible guidelines, this does not relieve clinicians of the duty to know what the guidelines recommend and how different guidelines might make different recommendations. This points to a further moral imperative—seek out continuing medical education. To suggest that conflict among guidelines is reason enough to ignore them all is a little like saying that differences among teams is a reason not to go to the game.

Moreover, the difficult task of managing this uncertainty is only in part a problem of deploying evidence in patient care. In the same way that unresolved differential diagnoses impose a cognitive challenge on physicians and a challenge for them to communicate better with patients about risks, benefits, and alternatives, conflicts among guidelines are a "physician-only" problem solely under paternalistic models of the doctor-patient relationship. That is, uncertainty is a shared or collective problem, and astute physicians know that shared decision making is the correct response. In the case of when to begin Mr. Fitzpatrick's lipid screening, Mr. Fitzpatrick himself needs to be in the loop of uncertainty: He needs to know that guidelines differ; he needs to know the risks (if they be such) of tardy screening and the waste (if it be that) of premature screening; he needs to be asked about his preferences and his tolerance for risk.

This is partly what is meant by "the informed consent process." It is an ethical standard that helps resolve the clinical challenge of making a decision under uncertainty. Why ever should a clinician alone shoulder the burden of uncertainty when the rules for consent make clear that patients need to be able to weigh the risks and benefits of their treatments? In fact, sound evidence-based practice needs to include patient values at the outset:

Evidence-based medicine…is the integration of best research evidence with clinical expertise and patient values…. By patient values we mean the unique preferences, concerns and expectations each patient brings to a clinical encounter and which must be integrated into clinical decisions if they are to serve the patient [3].

Here, too, we are not eliminating uncertainty, but managing it. In interventions ranging from hangnail-ectomies to neurosurgery, the question, "What are the risks?" has always been answered with a list of probabilities spanning the spectrum from just more than 0 to just less than 1. The incorporation of practice guidelines, including conflicting practice guidelines, into clinical decision making surely cannot be insulated from the kinds of uncertainty that already shape clinical practice—and have shaped it since the beginning.

Moreover, the evidence-based project has itself evolved to include mechanisms for self-correction. For instance, concerns about the quality and reliability of scientific publications of randomized controlled trial results have led to the CONSORT (Consolidated Standards of Reporting Trials) statement by a group of leaders in medical publishing, clinical trial research and other fields [4]. CONSORT should be seen as an uncertainty-reducing effort. It is thereby also a confidence-increasing initiative. Critical evaluation of medical journal reports remains a duty for clinicians, but efforts such as CONSORT can ease the burdens of meeting that obligation.

Mr. Fitzpatrick is in good hands. He would be somewhat better off, however, if his doctor were more attuned both to his preferences and to the reasons for guideline variation and less inclined to dismay at the woof and warp of the process by which medical knowledge accumulates. 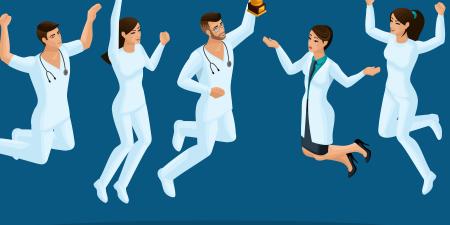 Ethics in Standards of Care: The Joy of Doctoring 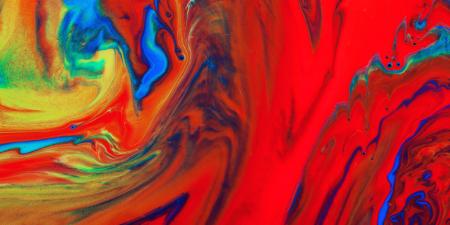 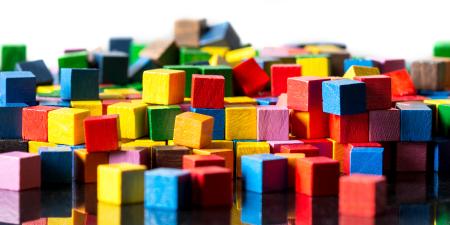 Achieving Diversity and Its Benefits in Clinical Research