In these days of terror, fulfilling the duties of a doctor in Jerusalem is more complicated. One evening while I examined a young Arab man who suffered from chest pain, we received a message about a bombing in the city. The patient got up and said, "I'm an Arab. I want to go home." While I was arranging the ER for the flood of casualties, I was also convincing him to stay in the hospital.

The hospital in which I work, Hadassah Mount Scopus, serves the surrounding communities of Jews and Arabs. Not all of our patients are innocent, free people. Inmates from a nearby jail who frequent our emergency room are treated like any other patient by the medical staff notwithstanding the guards that accompany them.

As a medical student, I earned a living driving an ambulance. Three times since 1996, I have been the first medical staff member to arrive at the scene of a bombed bus. I carry the horrific sights I saw at those scenes deep in my heart. With them, I also carry the groaning sighs of a young terrorist, who intended to detonate a bomb attached to him in Jerusalem's main market. His bomb exploded prematurely, harming no one but himself. In all of these situations, we did our best to help and save lives.

This year alone, suicide bombers have hit very close to me twice. Ten months ago, 19 people were murdered on a bus 2 stops from my home. Two months ago, while I was finishing a night shift in the hospital, 10 people were murdered on the bus I usually take to work. Among our hospital staff, an attending physician was murdered on his way home, and a nurse in her ninth month of pregnancy was ambushed and shot 5 minutes from her home. Her father was killed, and she was severely wounded. An emergency department nurse triaged her own son, who was wounded in one of the terror attacks on the Ben-Yehuda pedestrian mall. Another nurse lost her daughter to terror, and the secretary for the hospital's chief executive officer lost her brother, who was murdered along with his fiancée. The fact that so many men and women who have lost loved ones in terror attacks, or survived attacks themselves, continue to medically aid people who are personally responsible for terror emphasizes that the daily threat of terrorism should not be used as an excuse for letting violence take over our humanity.

An Arab colleague and I have described elsewhere our daily struggles and difficulties as doctors in these tense situations.1 Our aim as doctors is to administer good medical care indiscriminately and unconditionally to all people. Physicians everywhere are exposed to the consequences of violence. Rapists, pedophiles, murderers, and terrorists all have the right to medical care, and it is our duty to administer it. In a healthy society, the police, military, and intelligence agencies are in charge of security. The judiciary system is in charge of enforcing justice, and the separation between those authorities is to be strictly kept. What makes our duties in Jerusalem different from those of doctors who face violence, hate, and racism elsewhere? Is it only a question of the intensity of the threat?

Terrorism evolves when extreme ideology and hate prevail over humanity. Using ideological justifications, terrorist groups succeed in recruiting the educated. Ayman al-Zawahri, the brain behind Al-Qaeda and the second in its hierarchy, is a surgeon and a graduate of Cairo University Medical School. In Israel, many of the suicide bombers, as well as those who put the bombs together, hold academic degrees. Many of the top Hamas leaders are physicians. Our duty is to oppose such ideologies. A doctor's oath is to treat all people. From the standpoint of a caregiver, the fact that a patient has been accused, or even convicted, of terrorist activities should be ignored. The challenge that terror presents to us is dealing with any expression of support for terror.

After the September 11 attacks, the American Medical Association (AMA) drafted the Declaration of Professional Responsibility: Medicine's Social Contract with Humanity.2 This declaration is applicable to all kinds of violence, but I find its second paragraph to be the most challenging. This paragraph claims that a doctor's duty is to "refrain from supporting or committing crimes against humanity and condemn all such acts."

During my night shift on September 11, a small and unrepresentative group of 4 Arab patients exulted, "Bush got it!" I overcame my anger and did not visibly react. I thought then that showing my reaction would harm the patient-doctor relationship. Today I think I was wrong. Human beings must not remain silent when they encounter support for terror. Doctors are not exempt from this duty. People all over the world, including doctors, should protest against such words.

A 16-year-old married Arab girl was admitted with aplastic anemia while she was in the 28th week of her first pregnancy. We expected her to need several pints of blood products. In line with hospital procedure, we asked her family to donate blood. The reaction of her 23-year-old husband shocked me. He refused to donate or to allow other members of the family to do so if there were any chance that their blood would be infused into Jews. We had seen a similar case before in which workers in a blood bank refused to receive a blood donation from a Jewish woman who asked to donate only for Jews.

What should I have done? He was not my patient, and I was less obligated to him, so I could react aggressively. On the other hand, my patient should not suffer because of her husband's hate and ignorance. Alternatively, since the patient was a minor, we could have called her father. The principal nurse of the hematology unit reacted to the husband first, and I think she did the right thing. She told the patient and the patient's husband that if they wanted our help, they must obey several rules. Otherwise, they could choose to go to a nearby hospital under Arab management. We also made clear to them that if her husband continued expressing racism, we would have to focus on his wife and ignore him. They decided to stay. In the end, he sent his relatives to donate.

Medical centers should be places for the administration of indiscriminate treatment, free of any expression of hate or racism. Our duty as doctors is to control our feelings and to concentrate on the suffering of the sick, regardless of the crimes they might have committed. We also have a responsibility inside the clinics and hospital not to allow any expression of support of these crimes and to condemn all kinds of hate and racism. 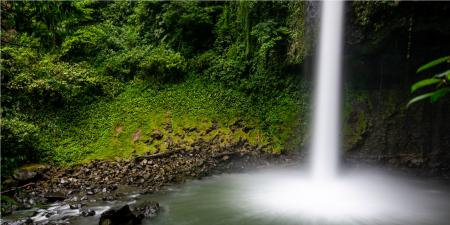