Marcus is a third-year internal medicine resident on the last shift of his emergency medicine rotation at a small hospital in the northeastern United States. The shift is unusually busy. A few hours into his shift, a critically ill woman is brought in to the emergency department with fever, cough, and hemoptysis. Her family reports that she was previously healthy but became sick rapidly about 2 days after she attended a large conference at a local hotel. One hour later, another ER patient describes similar symptoms. His wife reports that he became ill after attending the same business conference 4 days ago.

"It's unlikely," he says, "but we can't rule it out. Until we can, we need to take the appropriate precautions. The terrorism response plan will be put into place, and I will notify the public health authorities immediately after we finish here."

Dr. Gattler asks Marcus, who has been trained in the terrorism response plan, to help with triage and identifying other potential patients.

"The patient in room 3 has fever and a cough," a nurse says, "no hemoptysis, but he's a young guy, and he looks really sick."

"Marcus," Dr. Gattler says, "go see that patient. I'll be there once I get a few more calls made. You know what you're doing, right?"

Marcus nods. He remembers everything from disaster preparedness training. It was only 2 months ago. At that time, though, he didn't imagine then he would actually be faced with a situation like this. Marcus knows this patient is ill, but he also knows that if this is pneumonic plague, he is putting himself at risk, and he may be quarantined after seeing the patient. It seems like a sufficient number of doctors and nurses are around to help anyway, and many more will be there in a few minutes. The patient in room 3 needs a doctor, but Marcus's wife and daughter also need him at home. "It seems like I shouldn't really have to do this as a resident anyway," Marcus thinks. "How can I be expected to put myself and my family at risk?"

This case introduces an aspect of medicine not frequently discussed in public forums: the "duty to treat." Medicine has grappled with this dilemma in the past as it pertains to infectious diseases such as tuberculosis, hepatitis B and C, and HIV. Medical professionals, initially hesitant to treat patients with these communicable diseases, eventually found increased security in learning precautions that would limit their risk of exposure and in gaining knowledge of treatment modalities. Not until recently, however, has medicine had to confront this issue with regard to human warfare. With the creation of biological weapons, the scope of infectious diseases has reached a new and aggressive height, with significant potential for doctors to become casualties. The "duty to treat," with regard to these new threats, is an issue that challenges our professionalism, integrity, and moral code.

Current discussion on infectious diseases with potential to be used as weapons divides them into several categories according to the level of threat and the potential risk to national security that each poses.1 Our hesitancy, concern, and lack of confidence in dealing with this new dilemma can be channeled into sources of positive force instead of feeding our insecurity. We should not accept complacency, ill-preparedness, lack of knowledge, or fear as justifications not to treat. Instead, as physicians, our concern should prompt us to develop knowledge of the agents, consider the pertinent issues, participate in preparing our communities, and generally become more confident and capable in providing care to those in need.

The American Medical Association (AMA) specifically addressed this issue in a survey, the highlights of which deserve discussion.2 In this survey, Alexander and Wynia randomly polled "1000 patient-care physicians from the AMA masterfile of all physicians in the United States." The responses of the 934 physicians included in this recent survey are troubling. Only approximately 20 percent of the respondents claimed that "they or their primary site of practice were prepared to play a role in a bioterrorist attack." Only slightly more than half of the surveyed physicians felt the "duty to treat" patients if a potentially deadly, unknown epidemic occurred. Interestingly, while 80 percent stated that they would provide medical care if an outbreak did occur, only 40 percent stated that they would risk their own health to do so.

The probability that a bioterrorist attack will occur becomes more real every day. Experts speculate on when, instead of if, an incident will occur. We must promptly and clearly address this issue and define how we, as medical professionals, will respond. As a group we are, first and foremost, obligated to treat the ill and injured, regardless of their cause of illness, ability to pay, or social status. To echo Hippocrates' words, "whatever houses I may visit, I will come for the benefit of the sick, remaining free of all intentional injustice," or more directly, "I will apply, for the benefit of the sick, all measures which are required." On multiple levels, patients who fall ill from bioterrorism must be treated because: (1) by failing to do so, we succumb to terrorism ourselves, (2) the public must have faith that regardless of the nature of illness, the medical community will provide care, (3) it is our duty and oath-sworn responsibility, and (4) physicians must lead by example.

The bottom line is preparedness. When a bioterrorism attack occurs, there will be significant, potentially overwhelming, need for medical care—expect it and prepare for it. Mentally ready yourself for the images you will see and the decisions you may be forced to make. Intellectually arm yourself with the appropriate level of knowledge that will afford and allow you a level of comfort to care for these patients. This may sound pessimistic, and perhaps it is. In fact, we continue everyday to prepare ourselves on local, state, and federal levels for such an attack. We have teams and pharmaceuticals ready to respond to such an incident. Government centers, organizations such as the American College of Emergency Medicine, and hospitals continue to take measures to address and handle the "patient surge" that would come with such events.

All of these efforts are predicated on 1 thing: that a physician will be there to treat patients. Let this be our rallying cry. We will not be intimidated, we will continue to improve the medical response of our nation to any terrorist event, and no patient requiring a physician will go lacking. Without this, we will fail as professionals, as leaders, and most fundamentally, as doctors acting under the oaths we have sworn to uphold. 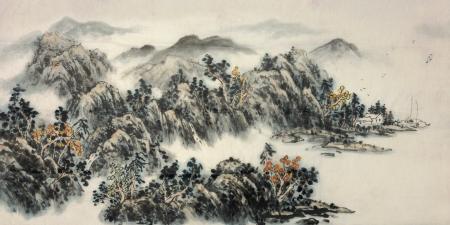