Every year, the Association of American Medical Colleges (AAMC) conducts a comprehensive survey of graduating allopathic medical students. In 2011, 89 percent of graduating students carried outstanding loans, the average amount of which was $161,290 [1]—more than three times the median annual income of U.S. households in that year [2]. While this is already an overwhelming amount of debt for most to consider, it does not even reflect the true burden. Compound interest on these loans adds significantly to the total debt, particularly considering that physicians are often unable to start repaying their student loans until after residency and fellowship training. Neither does this debt figure take into account the high cost of licensing, board examinations, and maintenance of certification.

Despite the crushing weight of these numbers, physicians are generally encouraged not to complain about money. Truth be told, we often feel silly asking for such sympathy in the first place. Most physicians would agree that it is more difficult for a social worker or elementary school teacher to pay off $100,000 in undergraduate debt than for even the most debt-ridden physician. In the future, however, the alarmingly rapid rise of medical education debt may become a burden to more than just those who must repay these debts.

A recent New York Times editorial entitled “Student Debt and the Crushing of the American Dream” states that “robust higher education, with healthy public support, was once the linchpin in a system that promised opportunity for dedicated students of any means…[but now] the wealthiest are assured a spot, and the rest are compelled to take a gamble on huge debts, with no guarantee of a payoff” [3]. In higher education, educational debt is choking off opportunities for the latest generation of college graduates. In medicine, educational debt is driving medical school graduates away from practicing in underserved communities and entering primary care specialties—what our country will sorely need in the coming years.

According to the 2012 AAMC questionnaire [4], only a third of medical school graduates plan to practice in the primary care specialties of internal medicine, family medicine, and pediatrics. Of those who chose primary care, more than 70 percent plan to subspecialize [4], up from 52 percent in 1995 [5]. As noted by the American Medical Association (AMA) Council on Medical Education, “many reports and publications agree that the aging of the population and the increased incidence of chronic disease will result in an increased need for primary care physicians,” and “deficits of 35,000-40,000 adult generalists have been projected by 2025” [5]. Even prior to passage of the Affordable Care Act, the AMA Council on Medical Education noted that “demand for primary care physicians will only increase as more of the U.S. population is covered by health insurance” [5].

Many factors influence the choice of a medical specialty, including educational opportunities, role models, lifestyle factors, debt levels, and anticipated income [5]. Between 2007 and 2012, at least one-fourth of medical school graduates consistently reported that their level of educational debt had a strong or moderate influence on their choice of specialty [4, 5]. Unfortunately, rising debt appears to have a negative impact on choosing primary care as a specialty, with one study reporting an “inverse relationship between the level of total educational debt and the intention to enter primary care” [6] and finding a disinclination to enter primary care among students who owed more than $150,000 at graduation. In medical groups, starting salaries and compensation for primary care physicians are lower than for specialists [5], which suggests that high educational debt levels amid declining reimbursement rates are precluding some graduating medical students from pursuing primary care.

An even greater societal concern is the effect that high educational debt may have on those in underserved communities. The AMA promotes the development of programs to identify students from groups underrepresented in medicine as far back as high school and prepare them for careers in medicine; the hope is that increasing the diversity of the medical workforce will reduce racial and ethnic disparities in health care by cultivating doctors who will practice in underserved areas [7]. While loan forgiveness programs such as the National Health Service Corps are dedicated to placing physicians in underserved areas for a few years, it is unclear whether such programs drive lasting change.

What is the solution to problems caused by the overwhelming burden of educational debt in medicine? Many suggestions have been proposed, but few appear to be feasible. Through strong advocacy from the AMA, incremental changes have been achieved, but broader reform is still necessary. For example, a decade ago, some public medical schools began a process of implementing mid-year and even retroactive tuition increases to help defray their educational costs. With leadership from its medical student section, the AMA effectively advocated against these unfair tuition increases, helping to stem the tide of escalating student debt for some [8-11]. While important and necessary, advocacy such as this is only a Band-Aid slapped over the much greater problem—the rapidly rising cost of medical education.

The greatest crisis in medical education financing is the problem of limited funding for residency and fellowship training positions. To be certified to practice medicine independently, medical school graduates must complete an internship or residency training program. Many residency programs in the United States are funded by Medicare, but Medicare capped the number of positions it would support in 1997 [12]. At the same time, medical schools have been expanding their class sizes and new medical schools are being established to address the impending shortage of physicians. Because of this, hundreds of fourth-year medical students were unable to find residency positions this year and will have difficulty repaying their massive educational debt [13]. Considering the rapidly growing number of U.S. citizens attending nonaccredited medical schools and the number of high-performing international medical graduates, it is easy to see how medical education reached this crisis.

Currently, the vast majority of funding for medical education is provided by governmental agencies, medical schools, and students themselves. Prior to the advent of health maintenance organizations (HMOs), excess funds in the health care system would be directed towards research, education, and care for the indigent; today, such funds are apparently directed to shareholders and salaries of the CEOs of HMOs. The AMA supports an “all-payer” system of medical education funding to help fund the costs of residency training of our future physicians [14]. There are many ways that such a system could be structured, but the concept is that all parties who benefit from physician education (possibly including hospitals, insurance companies, and pharmaceutical companies) should contribute to help fund undergraduate (medical school) and graduate (residency) medical education. An all-payer system—instead of placing the burden of repaying this debt solely on students who, without educational opportunities, may not be able to do so—may be a crucial component of reducing the debt.

Education debt is driving medical school graduates away from service in physician-poor communities and primary care, both of which our country will sorely need in the coming years. We are all awaiting a visionary who will introduce a bill in Congress to address the crisis in financing residency training programs for our future physicians. 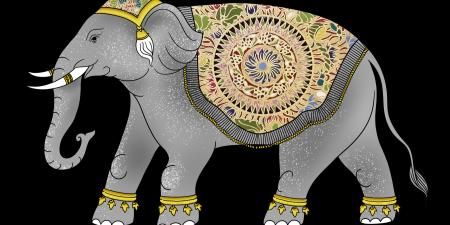 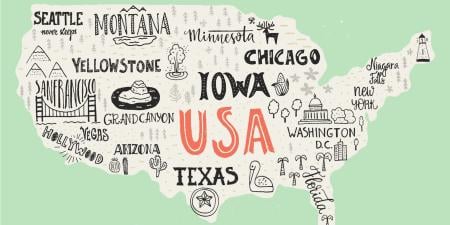 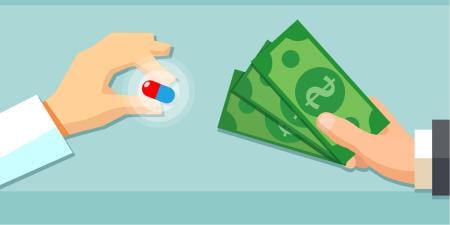 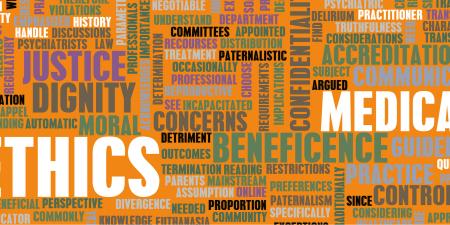