The Emergency Medical Treatment and Active Labor Act (EMTALA) is a controversial statute. Numerous commentators have pointed to EMTALA as a major contributor to hospital emergency department overcrowding and cost. Others, however, view changes in health care delivery and finance and their effects on the provision of charity care as root causes of the crisis that prompted EMTALA’s enactment in 1986.

After an overview of EMTALA’s history and basic requirements, this article examines the act from two opposing perspectives. One perspective looks at EMTALA as an unfunded congressional mandate for universal access to all that shifts the cost of this access to the hospitals. The other views EMTALA as one more victim of a broken health care delivery system and a scapegoat for the nation’s health care woes.

Two factors significantly contributed to patients’ use of hospital emergency departments (EDs) for medical care and motivated the federal government to regulate that care. First, by the mid-1950s, many Americans had private, employment-based health insurance to cover hospital and physician care, including emergency treatment, and didn’t have to pay for those services out of pocket [1]. Second, the number of patients whose ED charges would be reimbursed increased greatly after 1965 when Medicare and Medicaid provided coverage to the elderly and the “deserving poor” [2].

Public hospitals are funded by the local government for the purpose of providing health care for impoverished and underserved county residents [3], and, over the last century, have delivered the lion’s share of care to indigent and, in more recent decades, uninsured patients [4]. Earlier this decade, 60 percent of patients who received care at public hospitals nationwide were either uninsured or had Medicaid as their source of insurance, and 43 percent of net public hospital revenues came from these two sources [5].

Before the 1980s, private hospitals charged patients according to their ability to pay, and this “cost shifting” allowed them to deliver a small amount of charity care. [6]. Over the years, this amount dwindled. Recent Internal Revenue Service reports found that 45 percent of private hospitals spend 4.8 percent or less of their revenues on uncompensated care. In contrast, public hospitals spend more than four times that amount (18.1 percent) on uncompensated care [7].

In 1983 the federal government established through Medicare a system that placed caps on how much hospitals could charge for treating patients with given diagnoses. This system, with charges tied to diagnosis-related groups (DRGs), made cost-shifting impossible, and, after its implementation, hospitals lost financial support for charity care. As changes in the economic climate made it more difficult for hospital EDs to care for indigent patients, reports surfaced that uninsured and publicly insured patients were either unable to access emergency care or were redirected from private EDs to public EDs [8]. In the face of these pressures for greater hospital efficiency, Congress felt compelled to act to assure the public that seriously ill patients would not be left outside hospital doorsteps with no access to care. EMTALA was the result.

To comply with the provisions of the act, any hospital that receives Medicare dollars must: (a) screen all patients who come to the ED to determine whether a medical emergency exists, (b) stabilize patients who have emergent conditions, and (c) restrict transfer of nonstabilized patients to cases in which a physician certifies that the benefits of the transfer outweigh the risks or the patient (or surrogate) requests a transfer in writing after knowing the risks involved.

“Medical emergency” is broadly defined as the presence of symptoms of such severity that the absence of immediate medical attention could place the individual’s health in jeopardy or result in serious impairment of bodily organs or function. In the case of pregnant women who are having contractions, a medical emergency exists when there is inadequate time for transfer before delivery or when transfer might threaten the health or safety of the woman or the unborn child.

Two schools of thought exist regarding EMTALA’s effect on emergency care. Some regard the statute as a stopgap measure, a way of ensuring that the growing millions of uninsured and publicly insured Americans are able to obtain care in a genuine medical emergency [9]. Others allege that EMTALA has led to a sharp increase in inappropriate ED use by the uninsured and others that has crippled the nation’s emergency health care safety net [10].

Commentators who imply a causal relationship between EMTALA’s enactment and the nation’s health care crisis cite the surge in ED use from 85 million to almost 115 million visits per year, the closing of more than 560 hospitals and 1,200 EDs, and the shuttering of many trauma centers, maternity wards, and tertiary referral centers [11-13]. In 90 percent of larger hospitals, the capacity to treat patients is saturated, primarily because of the lack of money to support inpatient critical care beds and nurses to staff them [14]. The emergency care capability that does exist is plagued by rampant emergency medical services diversion and ED overcrowding, which alone accounts for 33 percent increases in wait times and has tripled the number of individuals who leave the ED before being seen [15].

Not everyone subscribes to the notion that EMTALA is another wrench stuck in the cogs of American health care, pointing out that some of EMTALA’s alleged ill effects predate its enactment. For instance, while it is true that the volume of ED visits has increased at a higher rate than has the U.S. population, this trend is not new. According to at least one study, per capita ED visit rates rose 550 percent between 1955 and 1980, compared with a 30 percent per capita increase in hospital inpatient use during the same time period and no appreciable per capita increase in physician office visits [16].

The assertion that EMTALA is behind hospital closures is undercut by research showing that hospital and ED closures in the 1990s were part of efforts to cut costs and “improve efficiency” by promoting a high census or hospital occupancy rate [18]. Because hospitals endeavored to maintain high occupancy rates (rather than high occupancy), the number of inpatient beds in the U.S. declined in this period as they have, in fact, since 1965 when they peaked at 1.7 million [4].

The premise that the uninsured and publicly insured account for the surge in ED visits may also be incorrect. One study found that patients with private health insurance or Medicare accounted for nearly 66 percent of the increase in ED visits between the study years of 1996 through 1997 and 2001 through 2002, while visits by uninsured accounted for only about 11 percent of the increase [17]. Nor are the increases in ED patient encounters in recent years necessarily due to the uninsured turning to EDs as their last alternative to health care access for nonemergent conditions. Actually, more insured patients are using the ED in this way. Insured patients often seek nonemergent care at the ED because they cannot take time away from work during regular business hours to see their regular doctor or because they wish to see a doctor on shorter notice than they could if they scheduled an appointment with their regular provider [19].

The controversy surrounding EMTALA is easy to appreciate. It is an unfunded mandate, and complying with the act has placed a severe financial burden on hospitals. (According to the American College of Emergency Physicians, 55 percent of emergency care goes uncompensated [20].) Whether the act functions to deliver the final nudge to a health care system on the precipice of financial disaster or serves as a scapegoat for years of faulty health care fiscal planning and oversight remains to be seen. In medicine it is not uncommon to experience pain while striving for wellness. Viewed this way, EMTALA may resemble actual medicine more than its drafters ever imagined. 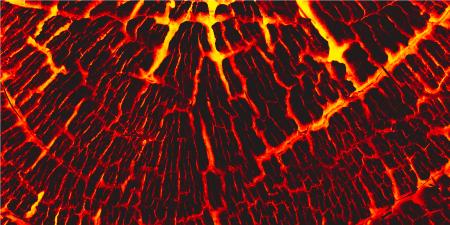