From the Quinlan case in 1975 to the Schiavo case in 2004, American law and medicine have struggled with quality, choice and ethics in end-of-life care. A tremendous amount of attention has been paid to these problems in the medical and bioethical literature. There has also been a great deal of public policy change through the actions of the legislatures and the courts [1]. Yet there remains a large gap between theory and practice in end-of-life care; a gap between what the law and ethics say ought to be done and what actually happens in hospitals and nursing homes [2]. Aggressive life-prolonging interventions remain the default treatment in American medicine, and palliative care is too often given short shrift [3].

End-of-life care reform has aimed at answering two questions. First, what constitutes sound decision making in the invasive medical treatment and management of critically and terminally ill patients? Second, what values should govern the balance we strike in our health care institutions and practice patterns between errors of excessive overtreatment, on the one hand, and errors of neglectful undertreatment, on the other? The power of medical interventions and technologies to prolong biological functioning is substantial, albeit still imperfect, and it is not always beneficial or benign in its effects on patients or on families or even on health care staff [4].

The answer that society has given to these two questions has placed great emphasis on the subjective values and preferences of the individual patient. In a word, dying is a personal matter and it should be directed as much as possible by the individual and not determined by the state. Autonomy, not communal values—such as sanctity of life or utilitarian quality of life—should govern [5-9].

There is a paradox at the heart of our society's approach to end-of-life decision making. We want to particularize these decisions, keeping them as close to the bedside and as close to the intimacy of the family circle and the patient-physician relationship as possible. Yet we have made general rules and laws about how this process should work, what standards it should follow and so on. The result has been that the intimacy and particularity we strive for is too often lost in a rather legalistic and bureaucratic mentality. Many hospitals confer greater importance on paper trails and formal compliance than on good listening, understanding, empathy and patience.

Good end-of-life care is not some stranger at the bedside. It is the same thing as good medical care; its goals and the goals of medicine are intertwined. Sad to say, this connection has been largely forgotten or overlooked in much of the commentary. A large part of the reason, I believe, is that the early efforts to change and improve end-of-life care grew out of the patients' rights movement and a cultural backlash against medical paternalism, which, in turn, were part of a more general questioning of all forms of authority in society [10]. This movement, from the 1970s on, rejected physicians' paternalistic practice of withholding information and even deceiving patients about their diagnosis and prognosis [11,12]. Physicians, in fact, even decided on their own to withhold life-prolonging interventions, without patient or family consent, and thought about this as exercising a central moral tenet of the practice of medicine: namely, to take upon oneself the moral and emotional burden of making such life and death choices in order to spare laypersons from bearing it.

It is not my intent to idealize this older conception of doctoring or to defend the practice of medical paternalism. But I would point out that the first generation of end-of-life reformers made the pendulum swing to the opposite extreme. They enshrined, perhaps without fully intending to do so, a very individualistic conception of autonomy and patients' rights. If this new framework avoids some of the abuses, self-deceptions and problems of professional paternalism, it nonetheless has unresolved problems and unnoticed blind spots of its own.

One of the blind spots of the autonomy framework, I believe, is the redefined role of the physician that reduces the physician to a technical expert and advisor primarily, rather than a reflective practitioner and a moral decision maker in his or her own right. Amid the rights of the competent patient and the authority of health care agents and advance directives, the physician is relegated to the ethical sidelines. The ends of medical care are value-laden and therefore the province of the patient and family and intimates only. The doctor is there only to facilitate the "value-neutral" medical means to attain those ends.

Don't Run for the Moral Sidelines

Physicians themselves, it must be said, have colluded with this pendulum shift. As educators, they have made medical education more and more a form of technical training. They have promised the public miracle cures and constant progress and have fueled expectations that often come back to haunt them in the end-of-life setting. They have indeed fallen under the spell of their own awesome technology and erred on the side of overtreatment far more often than they have erred on the side of undertreatment [3]. They have been inattentive for too long to nontechnologically oriented forms of hospice and palliative care, still seeing palliation as a hand-off to others and not as a skill set that they, even as interventionists and intensivists, should add to their own armamentarium [13]. There is something seemingly safe and comfortable about playing the role of technical expert and advisor and stepping out of the value-laden loop of decisions near the end of life. The older, heroically paternalistic physician's calling was a heavy yoke to bear. The moral sidelines are an attractive place to be.

What is wrong with this picture? It is empirically false, and it is conceptually misguided. In actual end-of-life care, physicians are far from powerless. What they say and how they say it inevitably wields tremendous, in most cases decisive, influence on the choices made by patients—and especially by the emotional families of incapacitated patients [10,14-16]. And it is conceptually misguided because physicians do not respond to patient and family values in a merely passive way; to some extent they shape and define those very values, not explicitly or overtly perhaps, but through a biopsychosocial idiom (about quality of life, about suffering, about dying "naturally" and about what is seemly and appropriate) that is hardly value-neutral. So the clear separation between ends and means—value-based goals and technical options—is a false and misleading dichotomy in all medical practice, and particularly in end-of-life care [15].

There is a middle ground between being a moralistic paternalist and an amoral technician. It is a ground on which a physician can still be a reflective, ethically oriented practitioner without being an overweening protector or tyrant [17]. To locate that ground, we need to revisit serious reflection on the goals of medicine.

Discussions of the goals of medicine are replete with stand-alone principles. Sustain and protect life. Restore and promote health. Respect autonomy and human dignity. None of these alone, crucial as it is, can render the meaning and telos of medicine adequately. In the debate over the legalization of physician-assisted suicide during the 1990s, one often heard the goal of preserving life pitted against the goal of relieving suffering. This was shaping the tradition of medicine's self-understanding to fit the needs of the argument, not allowing reflection on the goals of medicine to inform and enlighten the argument.

My own position on the goals and philosophy of medicine is a pluralistic one. There is no single Archimedean point for doctoring. The practice of medicine must: (a) comprehend scientifically, but nonreductively, the ecosystemic, metabolic living processes of the human body, and (b) understand interpretatively the meaningful agency and the socially embedded relational character of the human mind and self.

Medicine sometimes prevents disease, sometimes cures, sometimes restores function or rehabilitates, and sometimes relieves or palliates [18]. Medicine is rooted in a science of the body, but its practice involves establishing and nurturing a relationship with persons in an interpretation of meaning [19,20]. Medical practice is always relational and interpretative; it is not primarily manipulative and explanatory. It relates to persons with minds as well as bodies, and it helps the mind make sense of what the body (including the brain) is doing. Not with bodies in general, but with particular bodies. Not with persons or minds in general, but with particular persons in particular circumstances. Medicine, at its best, makes sense; it makes meaning, moral meaning. Such meaning rarely, if ever, grows out of a doctor's repository of knowledge and technical skill alone. It grows out of practical, concrete experience.

Understanding and promoting lived meaning of unique individuals here and now—that is the multifaceted goal—perhaps I should say the complex of goals—of medicine [21]. We won't make much headway at improving the care of the dying (or anyone else) until we put this understanding, judgment and moral agency at the center of our social dialogue about the profession of medicine.

Ethics Talk: Why “Palliative Surgery” Is Not Like “Jumbo Shrimp”

How Should Surgeons Communicate About Palliative and Curative Intentions, Purposes, and Outcomes? 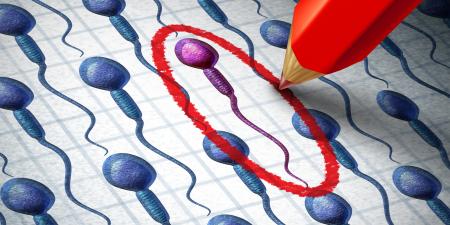