Chronic stress has been linked to severe declines in health and dramatically decreased longevity. It causes the death of neurons in the hippocampus, a region of the brain heavily involved in memory formation [1] and aggravates damage caused by cerebral ischemia in stroke [2, 3]. Prolonged stress suppresses the immune system, leading to compromised wound healing, reactivation of previously latent viral infections, increased susceptibility to new infections, and decreased efficacy of administered vaccines [4, 5]. Chronic stress has also been linked to a host of systemic diseases including obesity, type 2 diabetes, atherosclerosis, and hypertension [4, 6]. Many of these adverse health outcomes are mediated by glucocorticoids, hormones synthesized in the adrenal cortex (for a comprehensive review of glucocorticoid actions in the stress response, see Sapolsky et al. [7]). Therefore, an intervention that attenuated the downstream effects of glucocorticoids might reduce the morbidity and mortality of stress.

Over the last several years, the labs of Drs. Sapolsky and Steinberg, both of Stanford University, devised such an intervention. The result of their groundbreaking work is an inducible vector system, a modified herpes virus that is activated in times of neural insult. One version of the vector system expresses a chimeric protein that blocks the detrimental effects of glucocorticoids by converting them into protective signals, mediated by estrogen, which promote neuronal survival [3]. Another version of this neuroprotective vector system is activated by oxygen deprivation (as in ischemic injury to the brain) or by harmful reactive oxygen species (as in post-ischemic cortical reperfusion damage), and releases neuroprotective factors specific to each injurious process [8]. These novel techniques have been successful thus far only in cell and tissue cultures. Their application to humans is still highly hypothetical. Further research is needed, both to develop the technology to deliver these neuroprotective vectors to humans and to assess safety and efficacy. Still, because some have imagined these vectors being administered as an injection, and protecting against the harmful health effects of stress, this hypothetical intervention is being called a “stress vaccine.”

This idea of a stress vaccine is already causing controversy. Some worry that it might be “bad to eliminate feelings of stress” or even that it would be a “brain-eating vaccine” that could “lobotomize, zombify [the] global population” [9]. While the phrasing of these worries is sensationalist, a vaccine that altered not only the health-related sequelae of chronic stress but also the behaviors and judgments resulting from stress gives legitimate ground for concern.

First, though, we will consider whether a stress vaccine would in fact alter behaviors and moral judgment and, if so, how.

Would the Stress Vaccine Change Behavior and Moral Judgment?

The stress vaccine would work by interfering with the molecular underpinnings of stress responses, such as the glucocorticoid pathways, to prevent detrimental health outcomes. Yet it is not entirely clear what consequences tinkering with these physiological pathways would have on behaviors. To date, correlations have been observed between a whole conglomerate of physiological processes called the “stress response” (hormone release, changes in neuron functioning, changes in the cardiovascular system, and so on) and stress-related feelings and behaviors. What has not been as well elucidated is exactly which of those physiological processes, or which combination of those physiological processes, leads to which behaviors. This lack of understanding about the mechanisms by which the stress response alters behavior might be due to scientists’ inability to isolate individual aspects of the response to stress, or it may be to an in-principle difficulty of measuring changes in some of these behaviors. Thus, although it seems plausible that the stress vaccine could alter behaviors by altering very particular ways in which stress works in the body, this thesis is not fully supported by evidence at this time.

While chronic stress leads to significant morbidity and mortality, acute stress is often thought of as a beneficial adaptation to crisis, instrumental to the “fight or flight” response. Importantly, since the vaccine would work by affecting the physiology of the body’s response to stress, it might alter not only the health effects of the chronic stress response, but also the potentially performance-enhancing effects of the acute stress response. Some may argue, then, that a cost of the stress vaccine’s improving health outcomes in the long term could be the loss or dampening of acute stress response’s short-term behavioral benefits.

The problem with this argument, however, is that the research on this topic is decidedly divided. The effects of acute stress on performance seem to be highly context-specific and individual, and there is no consensus about whether the change in behavior is valuable or detrimental. Some research shows that acute stress improves performance in certain situations. One study, for example, linked acute stress to enhanced spatial navigation abilities [10]. In another study, acute stress mediators led to an improved ability to recall emotionally salient images [11].

Yet substantial research leans in the opposite direction. Some studies point to a decrease in team performance in times of acute stress, during which members of a team are less likely to communicate effectively and utilize each other’s expertise [12]. Other investigations have determined that acute stress may decrease working memory, weaken the capacity to perform discrete complex tasks, and impair the ability to multitask effectively [13]. Highly sharpened focus could be beneficial in situations of acute danger where intense effort is required, but it could also lead to the neglect of other salient features of a crisis. Whether acute stress is performance-enhancing or performance-diminishing seems to depend on the nature and context of the performance in question and on the individual.

It is unclear how exactly the chronic stress vaccine might influence the acute stress response and its sequelae, and the lack of exact data warrants future research on the stress vaccine’s effect on behavior. Therefore, there currently seems to be insufficient evidence for the immediate rejection or approval of the vaccine on behavior modification-related ethical grounds.

We will now turn to what we think are the two strongest reasons, beyond beneficial health effects, to support this new technology: that the vaccine is similar to interventions we already widely accept and that the vaccine is defensible from the perspective of justice.

While the stress vaccine may seem to raise novel ethical concerns, we already use other techniques to modulate stress and its effects. Exercise, yoga, and meditation are among the most widely used and accepted, and numerous studies have documented that these methods do in fact reduce stress. For example, mindfulness meditation techniques have been linked to a decrease in negative feelings associated with stress [16]. Another practice shown to reduce such feelings is tai chi, both because it requires moderate physical activity and because of its meditative aspect [17]. Other studies have gone further, demonstrating not only that exercise reduces feelings of stress, but also that it combats other results of stress such as poor memory and physical sequelae [18, 19]. Mindfulness-based methods for stress reduction, moreover, have been shown to effectively promote coping behaviors and reduce some adverse mental and physical effects of stress [20]. Finally, meditation has even been shown to directly decrease levels of glucocorticoids in the blood [21], thus mediating many of the biological responses to stress.

The challenge to those who would judge the stress vaccine to be different than exercise and meditation, then, is to identify some ethically relevant difference between the two. No such difference is immediately evident.

One may worry that an ethically relevant difference between the stress vaccine and widely accepted interventions is different physiological mechanisms underlying the effects of each. However, as noted above, studies have shown that meditation acts on glucocorticoid-mediated pathways, the same pathways on which the stress vaccine acts.

It also seems implausible, for example, that there is an ethically relevant difference between exercise and the stress vaccine with regard to the delivery of each. It does not seem like an ethically relevant fact that one is a recreational activity that is self-motivated or instructor-supervised and the other would be an injection administered after fully informed consent by a physician.

In fact, the stress vaccine might even be better than these other practices based on an essential ethical metric—justice.

Who Would the Stress Vaccine Benefit Most?

Since the stress vaccine would work by altering stress physiology, it may work best in people who have the highest levels of glucocorticoids and glucocorticoid-related health pathology. Those who are sickest and under the most stress may benefit most, and some scientific research shows that these individuals may also tend to be at the bottom of societal hierarchies. In certain hierarchies, baboons at the lowest rungs of the social ladder have been shown to possess higher levels of stress hormones and suffer greater stress-induced health damages [22]. Extending these results to humans, the Whitehall Study revealed not only that social status predicts health outcomes in workers employed by the British Civil Service, but also, strikingly, that health in this population varies along a social gradient, with executives the healthiest and longest lived, and every step down the social ladder conferring greater morbidity and mortality [23, 24]. The mechanism underlying this social gradation in health outcomes has not been fully elucidated, but has been linked to feelings of “low job control,” a psychosocial factor that could in turn be linked to health through stress-mediated pathways [25]. If this mechanism is correct, then at least in certain hierarchies, the people who would benefit most from a stress vaccine may be those at the bottom of the hierarchy, since they would be have the most stress-caused pathology.

Nevertheless, it could be argued that those who would benefit most from the vaccine might have the least access due to its cost or distribution. According to this concern, if the vaccine became more available to the comparatively rich, it could exacerbate inequality. This worry is not unique to the stress vaccine, however. It can be applied to all medical innovations. Indeed, it can be applied to all of medicine. Medical care is unequally distributed. This may be reason to think that medical care should be distributed differently, but this is certainly not a reason to conclude that medical care itself is morally bad. Similarly, concerns about the stress vaccine’s inequitable distribution are concerns about the system that would determine its relative availability, not about the vaccine itself.

Another equality-related concern about the stress vaccine could be that getting it could confer some stigma, marking one as more stress-prone. Again, though, this concern is not unique to the stress vaccine. For example, it is applicable to psychiatric care, which is sometimes thought to confer stigma. However, because being the recipient of a given psychiatric intervention (such as antidepressants) can confer stigma does not mean that the psychiatric intervention is itself morally wrong. Perhaps the stress vaccine’s potential to confer stigma on those who take it is reason to advocate for strict privacy protections. But it is not reason to conclude that use of the vaccine is itself unethical.

Overall, then, is the stress vaccine, and research toward it, ethical? The health consequences of chronic stress are real and severe. The possibility of alleviating these health problems is a strong impetus to develop and utilize a stress vaccine. However, while the vaccine seems indicated from a purely medical standpoint, the ethics of its development and use are controversial. The stress vaccine’s potential to alter behaviors and moral judgment may be cause for ethical worry, but these concerns do not outweigh the benefits of the stress vaccine’s capacity to promote justice.

Achieving a Sense of Well-Being: Physicians' Prescriptions for Stress Management 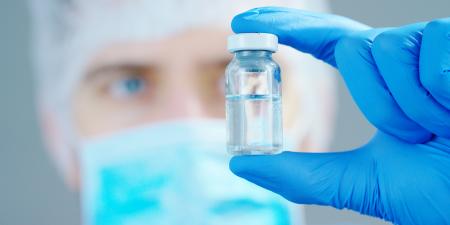 Should Participation in Vaccine Clinical Trials be Mandated? 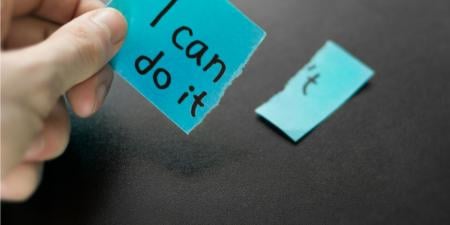