Few would argue with Bill Gates when he describes vaccination as “the most effective and cost effective health tool ever invented” [1]. To date vaccination has saved many lives and has the potential to save millions more, especially if vaccines are developed against the “big three”: malaria, HIV, and TB [2-5]. Vaccine development, however, comes at a price that is not only financial but societal. The lack of animal models that can reliably predict vaccine efficacy means that development still unavoidably relies on testing of novel vaccines in healthy individuals. Given the often unquantifiable risks to the recipients of vaccines in early stages of development, clinical trials have traditionally relied on informed and consenting volunteers who appreciate the potential risks but still choose to participate for altruistic reasons [6, 7]. But relying on altruism alone to facilitate clinical trials is potentially unsustainable and ethically contentious.

In recent decades there has been a distressing decline in the numbers of healthy volunteers who participate in clinical trials [7], a decline that has the potential to become a key rate-limiting factor in vaccine development. Reasons for this decline are unclear but are likely to be multifaceted. One familiar problem is the payment of volunteers [8]. To date, the relatively meagre compensation that participants often receive could be seen to belittle and undervalue the contribution of these individuals to global health. The modest financial remuneration commonly provided often means that students and the unemployed make up the bulk of volunteers [6, 8, 9]. As a result, the risks of developing a health intervention that would benefit the whole population are carried disproportionately by some of society’s most poor and vulnerable. This is a situation few would judge to be fair or ethical. However it is hard to increase volunteer payment without creating financial incentives. “Danger money” is frowned upon as an inducement that inevitably clouds an individual’s appreciation of risk, limiting the likelihood that consent is informed [6, 7]. As a result, consensus has generally dictated that payment for volunteers’ trial involvement be modest and limited to compensation for travel, time, and inconvenience only.

If progression of promising vaccines from the lab to the clinic is to remain unaffected and financial inducement is an ethically unacceptable solution to the recruitment shortage, other strategies need to be considered. Compulsory involvement in vaccine studies is one alternative solution that is not as outlandish as it might seem on first consideration. Many societies already mandate that citizens undertake activities for the good of society; in several European countries registration for organ-donation has switched from “opt-in” (the current U.S. system) to “opt-out” systems (in which those who do not specifically register as nondonors are presumed to consent to donation) [10], and most societies expect citizens to undertake jury service when called upon. In these examples, the risks or inconvenience to an individual are usually limited and minor. Mandatory involvement in vaccine trials is therefore perhaps more akin to military conscription, a policy operating today in 66 countries. In both conscription and obligatory trial participation, individuals have little or no choice regarding involvement and face inherent risks over which they have no control, all for the greater good of society.

As ever, then, the debate boils down to a consideration of the “greater good” or the “lesser evil.” A key consideration is the risk benefit ratio—risk to the individual volunteer balanced against the benefit to society. Society is unlikely to accept compulsory recruitment to a trial for a vaccine against the common cold if the vaccine causes severe complications in vaccinees. Increase the severity of the disease in question, however, and compulsory recruitment becomes a more palatable option.

In 2009, initial speculation regarding the H1N1 “swine flu” pandemic set mortality estimates high. In Mexico where the outbreak started, authorities closed public and private facilities [11], putting the interests of society above those of the individual. Although millions of people were infected worldwide, mortality rates were quickly revised downwards [12], and a successful vaccine mass-produced [13]. But consider if this had not been the case. Consider an infectious disease with a high transmission and mortality rate for which vaccine development were possible but limited by a shortage of volunteers willing to participate in clinical trials. Would mandatory participation in clinical trials then be an acceptable policy?

The fundamental principles of medical ethics—beneficence, nonmaleficence, respect for autonomy, and justice—are, as always, conflicted on this issue. Given the inherent risks and common lack of efficacy in many candidate vaccines in development, the principles of nonmaleficence and beneficence would argue against the involvement of subjects in most clinical trials. Justice would reason for the fair treatment of all, supporting mandatory enrollment to help ensure that the risks of developing an intervention that could benefit all are equally borne by all.

Respect for autonomy, on the other hand, would recognize and maintain the right of individuals to self-determination and their corresponding right to refuse a medical intervention. The Universal Declaration of Human Rights upholds the rights, dignity, and freedom of individuals and the need to protect people from “arbitrary interference” [14]—principles that would inevitably be compromised by mandatory enrollment in vaccine trials. Health services depend absolutely on the public’s confidence and trust—compromising on respect for autonomy would undermine this fundamental premise and launch us on a precarious slippery slope that may be difficult to climb back up.

A more palatable and realistic option is a policy of “mandated choice.” In this case individuals would be required by law to state in advance their willingness to participate in vaccine trials [15]. The advantage of this system is that it could identify a large cohort of willing volunteers from which participants could be recruited rapidly without jeopardizing individual autonomy. It would encourage an open, noncoercive philosophy for tackling societal challenges without compromising individual freedom or public trust in the health care system.

But perhaps most importantly, as a society we need to evaluate our perception of vaccination. Any successful vaccine program by its very nature takes a once-feared illness out of the public eye. This means that the benefits of immunization become forgotten while side effects in small numbers of individuals fill the headlines. It is all too easy for sensationalist and unfounded stories such as that claiming a link between the MMR (measles-mumps-rubella) vaccine and autism [16] to instead take root in society’s collective psyche. Ultimately such a crucial public health intervention as vaccine development may become devalued—and only revalued once a drop in vaccination rates leads to resurgence of severe disease.

Perhaps lessons can also be learned from organ donation, where apathy and ignorance may be as much to blame for low donation rates as conscientious objection. If a concerted effort were made to increase public awareness of the success of vaccination, the potential of novel vaccines to improve global health drastically, and the important contribution that individuals can make by volunteering for studies, perhaps mandatory enrollment would not even need to be considered. 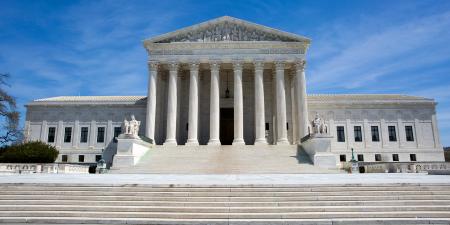 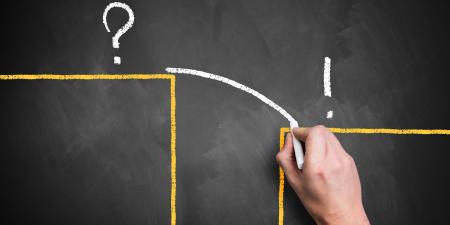 Closing Immunization Gaps in the U.S: How a Little Collusion Could Go a Long Way