The private health care industry in the United States is larger than that of any other country in the world [1]. It accounts for about half of all health care spending, and it costs more, both on a per-capita basis and as a share of gross domestic product, than the entire health system of many developed countries [2]. Over the course of decades, its rate of growth has continued unabated [3].

Ironically, the main reason for the size of the private health care sector in America is the magnitude of the government programs that support it. Spending on public-sector health care in the United States is also among the highest in the world [4]. When the public and private sectors are combined, the American system outspends every other country by a substantial margin [5].

The relationship between public and private health care in the United States is marked by collaboration at many levels. Rather than crowding out private businesses, many government programs create the foundation on which they flourish [6]. The sponsorship of basic biomedical research by the National Institutes of Health, for example, does not compete with industry-sponsored research but rather complements it. Similarly, Medicare does not replace private insurance for the elderly, which was never widely available, but instead grants private insurers new business opportunities to serve key roles in administering the program.

However, this intertwined relationship creates an ethical minefield. Public funding supports private businesses that often place their own financial interests above those of patients. Nevertheless, those businesses also provide some of the best high-end care in the world and have pioneered the development of technologies that form the foundation of modern medicine.

The Affordable Care Act and Its Historical Roots

This ethical conflict has gained renewed importance with the passage of the Affordable Care Act (ACA) of 2010, which broadens health care coverage primarily through market mechanisms [7]. People who had previously been unable to obtain insurance because of a preexisting medical condition or low income are now guaranteed access to coverage through a reformed private market for individual policies and the expansion of Medicaid, which in most states is administered by private plans [7]. Through these means, the law builds on the public-private partnership in the service of an important policy goal.

The ACA culminates a century-long effort to guarantee health coverage to all Americans that began with Theodore Roosevelt’s call for such a plan in 1912 [8]. After several presidents tried to advance this goal and failed, Lyndon Johnson achieved the first significant success with the passage of Medicare for the elderly and disabled and Medicaid for the poor in 1965. A common thread in these plans is their reliance on a government-run and publicly funded payment mechanism to expand coverage.

In the 1970s, the quest to broaden coverage continued, but the premise behind policy proposals underwent an important shift. Beginning with the Nixon administration, proposals to expand health care coverage increasingly relied on the private market. Some proposals would have extended the reach of employment-based coverage by mandating that all employers offer health benefits [9]. Others sought to revitalize the market for individual policies by requiring that insurers cover all applicants regardless of health status [8]. The individual market proposals included a mandate that all Americans maintain health coverage to avoid the risk—known as adverse selection—that only the sick would buy in. One or both of these approaches formed the basis for President Bill Clinton’s proposed Health Security Act of 1993 and the ACA [9].

The Affordable Care Act and the Private Market

The ACA’s central provisions—the individual mandate, insurance exchanges, guaranteed coverage for those with pre-existing conditions, and Medicaid expansion—took effect in 2014, and they are widely credited as the driving force behind a substantial reduction in the percentage of Americans who lack health insurance [10]. However, the newly insured are not the ACA’s only winners. By relying on private companies to broaden access to coverage, the law also brought insurance companies substantial new business opportunities. Private insurers now serve more than ten million customers, most of them new buyers of individual policies on the ACA’s marketplace exchanges [11], and many of these companies also administer benefits for seven million new Medicaid enrollees brought in by the law’s expansion of that program [12].

However, for those still committed to a government-run coverage program, this arrangement falls short in several ways [13]. Even under the most optimistic projections, the law will still leave millions uninsured [14]. The exchanges face a perpetual risk that too few insurers will participate, threatening the competition that is needed to sustain affordable prices. There is also concern that private insurers will still find ways to avoid prospective customers who are ill, despite the law’s mandate that they cover everyone [15].

Advocates of a government-run plan for expanding coverage also point to underlying ethical concerns about a market-based system. Private health insurers tend to be less efficient than government programs; their overhead rate is estimated to be about 15 percent, while Medicare’s is roughly 2 percent [16]. This inefficiency, which results in part from costs for higher executive compensation and shareholder dividends, represents a taxpayer subsidy for private interests with no direct benefit to patient care.

The ACA’s model of government support for private industry also raises a fundamental long-term concern. The strength and resources that private firms gain from their public foundation affords them substantial political influence. They use it to lobby legislators to retain and expand the programs on which they rely. As a result, the private health care industry has become a force to be reckoned with, enjoying sufficient political power to derail most efforts to eliminate or reduce its government support [9]. The ACA has expanded the industry’s reach yet again, and, in doing so, it further strengthens a powerful constituency that works to stifle efforts to replace market-based coverage with a government-run approach [9].

This is not to say that a government-run coverage plan would be devoid of ethical concerns of its own. Without market pressures to promote efficiency and responsiveness, public programs can become overly bureaucratic and inflexible. Their structures can become ossified, lacking adaptability and promoting bureaucratic self-preservation over beneficiary interests. Critics charge that some aspects of the Food and Drug Administration’s process for reviewing new drugs, for example, have become particularly slow and cumbersome for this reason [17]. Moreover, public programs are particularly vulnerable to political manipulation by interest groups and by politicians seeking to promote ideological agendas. This occurred, for example, in the imposition of restrictive rules for funding by the National Institutes of Health of research involving embryonic stem cells [18].

The Ethical Balance between Private and Public Approaches

Where should the balance lie between the competing ethical considerations raised by private and public approaches to expanding health care access? A starting point is to bear in mind that proposals to extend health care coverage do not arise in a vacuum. The political environment shapes the nature of any plan that can succeed. In the current environment, a guarantee of universal health coverage through a government-run program would be challenging to enact, at best [19]. The real ethical contest is not between the merits of private and public plans but between the compromises inherent in the ACA’s market-based approach and those that would arise from continuing to defer the goal of comprehensive coverage reform.

The question of which sets of compromises are preferable can be analyzed by considering whether the use of a market-based solution upholds the key ethical principles that guide the provision of health care. The principle of utilitarianism emphasizes the breadth of the benefits of expanding coverage in any form. The ACA affords millions of people access to care they might otherwise have been denied, while bolstering an industry that is a mainstay of the economy. The help that market-based reform grants to some of the most vulnerable members of society—those who are sick and those who are poor—is consistent with the principle of beneficence. Market-based reform also promotes justice by allocating health care resources more fairly—guaranteeing coverage to everyone who wants it rather than only to those in the fortuitous circumstance of belonging to an eligible group. The promotion of each of these ethical principles leads to a conclusion that the compromises associated with accepting market-based reform are ethically justified.

However, accepting the ethical foundation for expanding coverage through the private market leaves another layer of ethical concerns unaddressed. Most notable is that gains in coverage will not be distributed equitably. Of the millions of people who will remain uninsured under the ACA, some will lack coverage by choice, but many will lack it due to financial hardship. Moreover, the mandate to maintain coverage will impose a substantial economic burden on some, particularly those who purchase coverage but do not qualify for subsidies. While no program can be perfectly equitable, one that creates too great a disparity in allocating benefits and burdens would be ethically suspect.

Furthermore, the ACA does not guarantee access to care; it merely enhances access to coverage to pay for it. Insurance is of little value to a patient who cannot find a physician or hospital to render treatment. Nonfinancial barriers to care are widespread, resulting from factors such as geographic distance from physicians and hospitals and patients’ mobility limitations. Expanding access to coverage is a significant accomplishment, but the ACA will leave an important part of its ethical mission unfulfilled if it does not enable its intended beneficiaries to use that access to actually obtain care.

The Ethical Landscape Ahead

What does this analysis say about the ethical direction of health policy going forward? What kind of health care landscape should we seek to create? It is tempting to answer that question by speculating about the shape America’s health care system might have taken had its historical path led to a smaller role for the private sector. The complex public-private interaction that characterizes the system today might never have developed, leaving a broader range of possibilities for reform. The system that emerged might not have been one that included as distinguishing features limits on access and outsized cost. That alternative is an attractive scenario for many.

However, the United States has gone too far along the path to market-based health care facilitated by government support to turn back. With this model likely to continue to prevail for the foreseeable future, it is incumbent on public policy to guide it in a way that minimizes its ethical shortcomings, which can have life and death consequences. Limited access to coverage has historically been among its most glaring shortcomings. The ACA, which builds on a market-based approach, redresses this century-old concern. The ethical imperative is to implement this and other health care reforms in the most equitable and effective way possible. 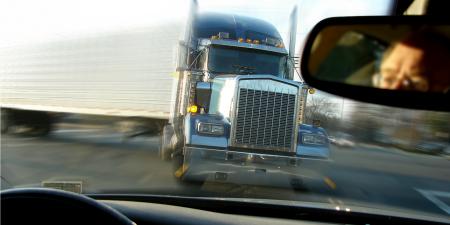 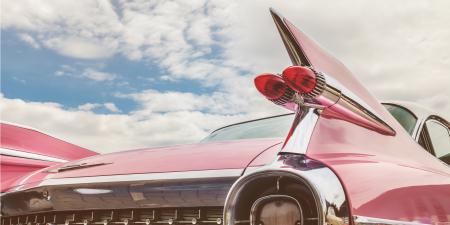 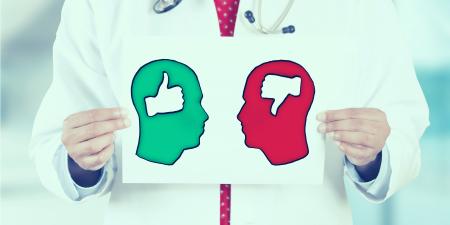 Patient Satisfaction Reporting and Its Implications for Patient Care