Cancer has been plaguing patients since it was first described in ancient Egyptian writings over 3,500 years ago. Although physicians have been treating this disease since antiquity, it remains a major cause of death and suffering throughout the world. In fact, it was the second most common cause of death in the United States in 2004, accounting for over 23 percent of all mortality [1]. This infamously deadly disease is considered so destructive that the American Heritage Dictionary defines it not only as a malignancy, but also as "a pernicious, spreading evil."

Despite the vast number of deaths attributed to cancer each year, the mortality rate from this disease is steadily declining [2]. As dedicated researchers and clinicians work to understand the complex biology of cancer, novel approaches to prevention, diagnosis and treatment are being developed. As a result, the subdisciplines in oncology have become some of the most specialized and technologically advanced medical fields, and most cancer patients are now experiencing measurably better outcomes than they would have only a few decades ago.

The battle against cancer is being waged not only in the research laboratory, but also on the public health and policy level. Policy interventions are an essential component of oncology because, even though researchers have created precise tools to sabotage the intricate molecular machinery that drives this disease, much of the cancer mortality in this country could be avoided by far simpler means. For example, public health policy aimed at reducing tobacco use would go far toward preventing many of the 150,000 cancer-related deaths in the U.S. that are attributed to smoking each year [3].

In addition to smoking, the risk of dying from certain cancers is affected by factors such as race, income and level of insurance coverage [4-6]. As the technology of cancer treatment has advanced, some groups of patients have undeniably been left behind. Although these disparities in cancer survival may be among the most alarming and egregious injustices in modern medicine, they are also remediable. Some policy advocates are also helping to fight this disease by striving to provide all patients access to effective cancer prevention and treatment.

These varied approaches to combating cancer demonstrate the complexity and breadth of oncology. Cancer care is at once an age-old practice and an ever-evolving field that encompasses a broad array of disciplines within clinical medicine, research, public health and health policy. Accordingly, an exploration of the ethics of oncology must include a wide range of distinct but interrelated topics, many of which are specific to this field.

One aspect of oncology that distinguishes it from the management of less severe illnesses is the realization among patients and physicians that cancer is often a fatal disease. Because the clinical encounter with a cancer patient may be permeated by this specter of mortality, cancer treatment often gives rise to some of the most compelling and fundamentally difficult dilemmas in medical ethics.

Ethical challenges also arise due to the development of experimental therapies that must go through clinical trials. Although such trials are necessary to improve treatment, individual patients—as potential subjects—may not share the goals of the research, a discord that can generate distinct ethical conflicts.

New technologies that result from this research, such as genetic testing and high-priced new therapies, present their own new sets of ethics questions. What advantages and disadvantages are associated with knowing that one is at increased risk for an illness, for example, and how does one set a fair price for a life-saving drug?

Outside the clinic, the roles that society and public policy play in cancer prevention and treatment are also the subject of much analysis and debate. For example, during the same month that this issue of Virtual Mentor is published, Washington will join many other U.S. cities in banning smoking in bars, restaurants and other public places. The often-contested responsibility of our government to protect us from cancer will surely be at the forefront as smokers are forced outdoors in the nation's capital.

In this issue of Virtual Mentor, experts examine many of these ethical uncertainties that inhere in the practice of oncology. I hope their thoughtful analyses provide helpful guidance for medical students and physicians who must navigate the intricacies of cancer care. The discussions in this issue may also benefit those who, through research and health policy, are ensuring that we continue to advance in the battle against this devastating disease. 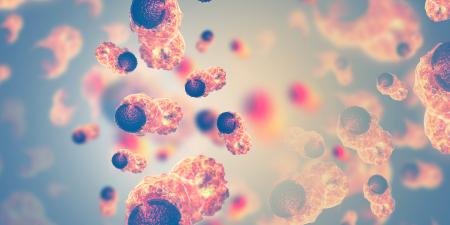 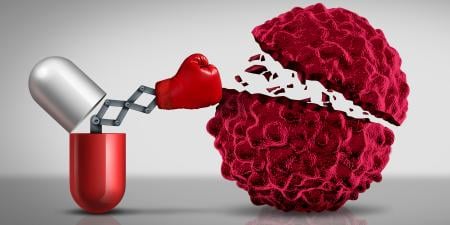