Looking through the archives of Virtual Mentor, one finds issues devoted to particular medical specialties, ethical principles, and particular patient populations. One doesn’t find an entire issue devoted to one disease—yet this month’s issue on HIV care and ethics does exactly that. So what makes HIV unique? Since it was first described in Morbidity and Mortality Weekly Report in 1981, HIV has been treated differently from other infectious agents. This paradigm shift, known as “HIV exceptionalism,” brought to the fore many medical ethics concerns. HIV is credited with bringing about an evolution in the patient-doctor relationship. In the face of a disease with no viable treatment options, patient autonomy became the core of the decision-making process. Informed consent took on an entirely new dimension with the introduction of a separate consent process above and beyond the consent implied by seeking medical care. In many ways patients’ rights became as fundamental to the management of HIV as antiretrovirals and opportunistic infections.

But HIV also highlights the tension between preserving patient confidentiality and protecting the health of the public and raised new questions about disclosure of a devastating diagnosis. Thirty years into the epidemic, with antiretroviral therapy allowing HIV-positive patients to lead relatively normal lives, better prophylaxis rendering opportunistic infections increasingly rare, and the disease becoming a chronic condition rather than a death sentence, the question becomes, “Is exceptionalism relevant?”

Patients do not suffer from HIV in the same way that they do diabetes or heart failure. In the 1980s, a diagnosis of HIV was a significant source of stigma and discrimination. At the start of the epidemic, fear and lack of knowledge led many to shun those with a diagnosis of HIV, a divisive attitude to which the medical community was not immune.

Stigma and discrimination toward those in high-risk groups hampered efforts to slow the spread of the virus, for example by limiting open discussion of the modes of HIV transmission. As Randy Shilts writes in the prologue of And the Band Played On, “There was no excuse, in this country and in this time for the spread of a deadly new epidemic.” A lack of action on several fronts remains an unfortunate legacy of the early days of the virus.

Even today, HIV remains primarily a disease of marginalized populations. Sex workers, men who have sex with men, intravenous drug users, and specific ethnic minorities are all considered to be high-risk groups for infection. Many of the risk factors for HIV force us to think outside our comfort zone. As a physician, I feel perfectly comfortable discussing patients’ bladder and bowel habits, but pause at asking them about their sexual habits. Similarly, patients openly discuss all sorts of aspects of their daily lives, but frequently bristle at questions about intravenous drug use. Patients with HIV traditionally come from populations that can be challenging to work with, such as those who suffer from comorbid psychiatric diagnoses or substance abuse. HIV is also prominent in communities that shun traditional venues for health care for fear of judgment or whose members cannot access affordable care until their condition is beyond salvage.

Despite growing acceptance of people living with HIV, evidence of exceptionalism can still be found in clinical practice, most notably in the separate consent process for HIV testing. Unlike the testing procedure for other infectious diseases transmitted in a similar fashion, a physician in most parts of the country must acquire signed consent to test for HIV and provide separate pretest and post-test counseling. In 2006, the CDC recommended that an opt-out policy be adopted, through which HIV testing would become part of routine care. Patients would be informed they were to be tested and could then “opt-out” if they did not want to know their HIV status.  Many state laws have not caught up and still require the separate consenting process, and the question has been raised as to whether measures originally put in place to protect patients can in some instances impede their care.

On the macro scale there are discernable traces of exceptionalism as well. The U.S. HIV travel ban,a policy put in place during the early days of the epidemic, made traveling to the United States virtually impossible for people who were HIV-positive. We are seeing signs of change, however, as the Obama administration in October 2009 lifted the ban, allowing people with HIV to obtain visitor permits to the United States. While it is shocking to realize that it took 20 years for this change to come about, it does represent a step in the right direction.

Finally, it seems that, in this day and age, HIV is primarily associated with Africa. As you read through this issue, you might wonder why it addresses the HIV epidemic in America, when HIV ravages the African continent to an extent unseen in this country. The answer is that 5 percent disease prevalence—the prevalence of HIV in the District of Columbia—is unacceptable. Moreover, while the ethical issues of clinical trials and equitable distribution of resources in developing countries are of utmost concern, a separate set of dilemmas attach to the U.S. epidemic that this issue aims to explore.

The past 30 years have seen tremendous scientific strides in the face of this disease. In a remarkably short period of time researchers have been able to identify the disease’s causative agent and develop numerous effective pharmaceutical agents to combat it. The future, too, looks promising, with ongoing research into prevention and the hope of an effective vaccine. But we cannot stop there. Autonomy and confidentiality have always been pillars of HIV care, and patients’ rights should remain at the forefront of the medical decision-making process. We cannot allow fear and intolerance to guide our treatment of patients with this illness or our policies toward it. Somewhere during the course of the epidemic the line between fear of the illness and fear of those living with the illness seems to have blurred. Thirty years into the epidemic, is it really the disease that sets people apart, or our own attitudes toward it? 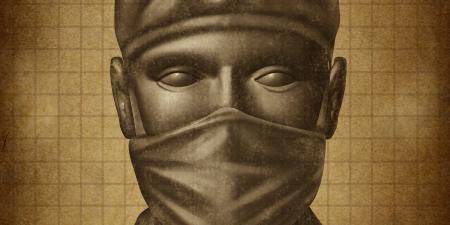 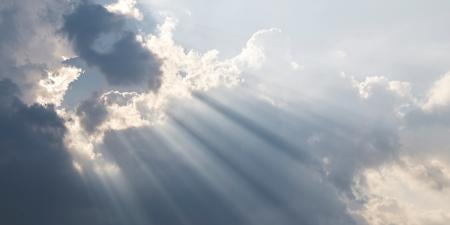