The Problem of Ovarian Cancer

Ovarian cancer remains the most lethal gynecologic malignancy in the United States, both in rate of fatality (64 percent of patients ultimately die of their disease [1]) and in overall deaths (14,270 in 2014 [2]). Although 50-75 percent of patients treated with chemotherapy initially respond to the medications, most will have recurrences of the disease [1]. The driving force behind the poor survival rates is the stage at diagnosis. Approximately 65 percent of patients present with widespread (stages III or IV) disease, at which point cure is uncommon [2]. For patients with stage I disease, on the other hand, five-year survival rates exceed 90 percent [2].

One reason that most patients are diagnosed at late stages is that the clinical symptoms of ovarian cancer usually do not become apparent until the disease has disseminated throughout the peritoneal cavity. Although multiple attempts have been made to develop screening programs aimed at detecting early-stage disease, current screening methods are fraught with low sensitivity and specificity, high false-positive rates, and an unfavorable balance between the risks of early intervention and the benefits of cancer risk reduction [2-4].

Because the clinical symptoms of ovarian cancer are vague and often appear late in the course of disease, numerous attempts have been made to initiate screening programs to identify preclinical disease in asymptomatic women [3]. Some methods for screening include pelvic examination, ultrasound, and blood testing. The Prostate, Lung, Colorectal, and Ovarian (PLCO) Cancer Screening Randomized Controlled Trial found that screening did more harm than good with respect to ovarian cancer [3]. Specifically, study subjects underwent unnecessary surgeries that did not diagnose ovarian cancer and were associated with intraoperative and postoperative complications. The United Kingdom Collaborative Trial of Ovarian Cancer Screening, published in 2015, found that serial testing of the cancer antigen (CA) 125 protein, interpreted according to the Risk of Ovarian Cancer Algorithm (ROCA), and ultrasound were better at detecting ovarian cancer than a single threshold CA 125 test [5]. Ultimately, screening for ovarian cancer is not ready for application outside of clinical trials because the results have not been validated in independent cohorts. Clinicians must maintain a high index of suspicion, i.e., consider ovarian cancer a likely possibility, to clinically diagnose it.

Due to the absence of an effective screening algorithm for assessing risk or clinical symptoms that develop with early-stage disease, primary prevention strategies are crucial for reducing ovarian cancer-related deaths.

Identifying patients at increased risk for ovarian cancer is key to prevention, early detection, and, ultimately, improving survival. Those with BRCA1 mutations have a 39-46 percent lifetime risk of ovarian cancer, those with BRCA2 mutations have a 10-27 percent risk, and up to 24 percent of those with Lynch syndrome will develop ovarian cancer [6]. At this time, the best tools that clinicians have for ovarian cancer prevention are a thorough family history and testing appropriate patients for genetic susceptibility [7]. The Society of Gynecologic Oncologists (SGO) policy statement on genetic counseling says unaffected individuals with increased risk—i.e., relatives with ovarian cancer; a family history suggestive of Lynch syndrome based on Amsterdam Criteria or Bethesda Guidelines; known mutations in the family or a family member diagnosed with breast cancer before age 45; multiple breast cancers, male breast cancer, pancreatic cancer, or aggressive prostate cancer (with a Gleason score of 7 or above)—should be referred for genetic counseling and, potentially, testing for germline mutations in BRCA [7]. If BRCA mutations or Lynch syndrome are identified, the National Comprehensive Cancer Network (NCCN) recommends removal of both fallopian tubes and ovaries between the ages of 35 and 40, based on the particular mutation carried. CA 125 tests and pelvic ultrasound have been considered, but there is not sufficient evidence that these tests are sensitive or specific enough to obviate the need for surgery [8].

A proposed model for ovarian carcinogenesis arising in the fallopian tube has emerged over the last decade [9, 10]. This tubal-origin hypothesis has gained traction with identification of pre-invasive lesions in the fallopian tubes of high-risk patients undergoing risk-reducing surgery [10]. Thus, bilateral salpingectomy with ovarian conservation was proposed as a “middle-ground” method of primary prevention, with the benefit of removing potential tissue of origin and without the risks of surgical menopause. This method has been proposed for clinical trials in high-risk patients, but results are not currently available [11]. The SGO in 2013 published a clinical practice statement recommending that a bilateral salpingectomy should be considered “at the time of abdominal or pelvic surgery, hysterectomy, or in lieu of tubal ligation” [12]. The American College of Obstetricians and Gynecologists (ACOG) had a more tempered statement, saying that salpingectomy should be considered for population-risk patients, i.e., those without increased risk based on personal or family history, but they were clear that the approach to pelvic surgery, hysterectomy, or sterilization should not change simply to increase the chances of completing bilateral salpingectomy [13]. Both of these statements were more conservative than the proposed plan of the British Columbia Ovarian Cancer Research Group program, instituted in 2010, which involved performing opportunistic salpingectomy with benign hysterectomy or in lieu of bilateral tubal ligation for permanent contraception. These authors suggested that this approach would yield a 20-40 percent population risk reduction for ovarian cancer over the next 20 years [14].

The estimated risk reduction for any individual person undergoing opportunistic salpingectomy is up to 50 percent [14]. Although this is an appreciable benefit, it must be tempered with a reminder that women at population risk of ovarian cancer have only a 1:70 or 1.4 percent lifetime risk [14]. The significant benefits of opportunistic salpingectomy, besides the risk reduction, are the ease and speed of the procedure, the rarity of complications, the convenience of removing the specimen, and the fact that surgical removal is theoretically the only way to permanently reduce the risk of ovarian cancer [15] (although bilateral tubal ligation without salpingectomy has also been associated with decreased risk [16]). Whether salpingectomy is more beneficial than tubal ligation has not been established.

Despite the popularity of salpingo-oophorectomy as a method of reducing risk of ovarian cancer, data from the Nurses’ Health Study suggest that oophorectomy before age 47.5 years may be associated with increased risk of death from other causes, such as cardiovascular disease [4], and that the actual permanent risk reduction with salpingectomy, as opposed to the theoretical 50 percent reduction [14], is not entirely clear.

Numerous questions remain regarding the optimal timing of salpingectomy, as the timespan during which the ovaries are susceptible to induction of cancer from the fallopian tubes is certainly not infinitely large. A bilateral salpingectomy at age 30 is logically more effective at risk reduction than the same surgery at age 60. Unfortunately, the relationship between time and risk reduction has not been not characterized, and prospective studies of the effect of age at salpingectomy on risk reduction would require prohibitively large cohort sizes and long follow-up periods. Similarly, there are other commonly accepted interventions associated with risk reduction, including oral contraceptive pill use and breastfeeding [2, 15, 16]. It is not known how salpingectomy and oral contraceptive pill use interact with one another, although presumably women with a history of bilateral salpingectomy will use birth control pills less frequently, given that the prevention of unintended pregnancy is no longer a concern.

Another unresolved question is whether salpingectomy should be used instead of tubal ligation for a “two birds with one stone” approach to sterilization and risk reduction. Caution should be exercised when choosing salpingectomy over tubal ligation for sterilization, not because of the inability to reverse salpingectomy—tubal ligation also should not be performed on women who may desire future childbearing, and in vitro fertilization is a viable method of achieving pregnancy after salpingectomy or tubal ligation [17]—but because “low-risk” surgery does not equal “no risk.” We should be cautioned by prior experience with opportunistic appendectomy at the time of cesarean section or hysterectomy [18]: with opportunistic appendectomy, stump leaks, bleeding, and infection were all possible. Furthermore, salpingectomy increases the length of the operation, and length of surgery has consistently been identified as an independent risk factor for postoperative morbidity [19-23], so even an opportunistic salpingectomy can increase some risks.

Another issue is that payers may be reluctant to authorize the charges for risk-reducing procedures, given the number needed to prevent a single case of ovarian cancer. The theoretical number needed reported by Kwon and colleagues in 2015 was 273 for salpingectomy at the time of hysterectomy and 366 for salpingectomy in lieu of other tubal occlusion methods for sterilization [14]. Although these numbers are on the same order of magnitude as the number needed to vaccinate with the human papilloma virus vaccine in the United States [14], the costs associated with vaccination are less than the costs of salpingectomy.

Ultimately, we think ACOG’s recommendation of a discussion about risks and benefits of removing both fallopian tubes at the time of hysterectomy is reasonable. However, we cannot place enough importance on the statement, “the approach to hysterectomy or sterilization should not be influenced by the theoretical benefit of salpingectomy” [13]. In the absence of results from prospective studies, which will not be available for decades, fallopian tubes should be removed when a convenient opportunity arises, but extensive surgery should not be attempted just for that purpose.

The Inconclusive Evidence on CT Screening for Lung Cancer 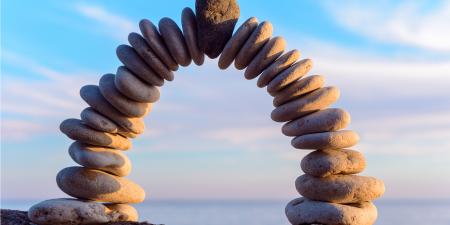 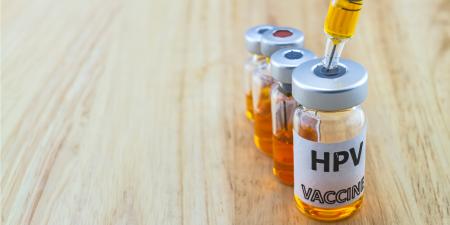 The HPV Vaccine: Overcoming Barriers to Acceptance of a Medical Triumph 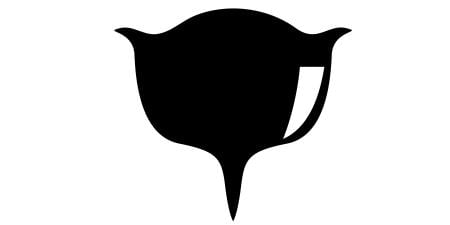