Mortality rates due to lung cancer are truly staggering. It is estimated that, in 2012 as in previous years, there will be more than 220,000 new lung cancer cases and more than 160,000 deaths due to lung cancer in the United States [1]. This is far more than the number of deaths from breast, colon, and prostate cancer, the next three most common causes of cancer death, combined. Most patients with lung cancer are diagnosed at an advanced stage of the disease, and 5-year survival rates have remained near 15 percent for many decades [2]. Past attempts to detect and treat lung cancer before symptoms occur, by screening with chest radiography (CXR) and sputum cytology, did not reduce mortality [3]. About 40 percent of the U.S. population are smokers or former smokers [4], and, after a period of declining, smoking rates have leveled off at around 20 percent [5]. Without improvement in prevention, detection, and treatment, high lung cancer mortality rates are all but guaranteed to continue.

The ability to detect small lung cancers at an early stage using low-radiation-dose CT has been the most promising such improvement since its potential was first demonstrated in the late 1990s [6-8]. The initial and numerous subsequent studies reported 0.5-2.7 percent of persons screened were diagnosed with cancer, the majority of which were early-stage and treatable by surgery [9]. Far greater long-term survival was predicted for these CT screen-detected cancers than is typical for non-screen-detected cancers [10]. But due to inadequate statistical power in some studies, lack of control groups in others, possible lead-time bias (the possibility that earlier diagnosis extends not survival but merely the length of time a person lives with the knowledge of having the disease), and overdiagnosis, the true mortality benefit of CT screening has remained uncertain.

In this context, Lee and Forman [11] noted an increase in enthusiasm for lung cancer screening in 2007, despite a lack of endorsement by any major medical organizations. Stressing the importance of an approach to screening that is sensitive to the well-being of patients and socially responsible, the authors pointed out the inconclusive evidence of benefit, uncertainty regarding risks and economic costs, and the potential for diversion of resources away from other health care initiatives. They advocated patient education regarding potential benefits and risks, a uniform approach to informed consent, and continued research to define properly the benefits, risks, costs, and alternatives.

Following the completion of the National Lung Screening Trial (NLST) in late 2010, the benefits and risks have become much better defined. The NLST recruited more than 50,000 smokers and former smokers between the ages of 55 and 74, with at least a 30-pack-year (year of pack-per-day smoking) history of smoking, to be screened annually for 3 years by either low-dose chest CT or posteroanterior chest x-ray [12]. After a median 6.5 years of follow-up, the lung cancer mortality rate was 20 percent lower in the CT screening group [13]. This translated to the prevention of one lung cancer death for every 320 people screened, a frequency even more favorable than estimates for screening mammography [14]. Viewed from the perspective of the individual, the benefit seems more modest; the chance of an individual dying from lung cancer in the CT arm was 1.33 percent compared to 1.66 percent in the CXR arm. However, more than a third of the lung cancers in the CT arm were diagnosed during follow-up after screening had ceased or after a missed screen. The actual benefit of CT screening therefore may be even greater if, as with mammography [15], annual screening continues and the impact of screening increases with greater follow-up time. In addition, screening may be of greater benefit to those at greatest risk based on their age and smoking history [16].

More than 25 percent of all CT screening examinations were classified as positive due to the presence of at least one noncalcified pulmonary nodule 4 mm or larger in diameter, but more than 95 percent of these positive examinations were falsely positive, requiring additional diagnostic evaluation. Death occurred within 60 days of a screen-prompted invasive diagnostic or therapeutic procedure following 0.1 percent of all positive screens, including 1.5 percent of those diagnosed with lung cancer and 0.1 percent of those not diagnosed with lung cancer. These rates are well below the 1.33 percent rate of lung cancer death among all trial participants and the 34 percent death rate of all those with lung cancer, respectively, in the CT arm of the trial.

In deciding whether CT screening is prudent routine clinical practice, the potential harms must be considered in addition to the benefits. Whether the outcomes of the NLST can be duplicated in the general medical community without increasing the use and risks of invasive testing will need to be considered in decisions related to promoting the use of CT screening as part of health care policy. Development of professional guidelines and accreditation for the workup of positive screens could be a means of ensuring the quality of care necessary for a positive impact.

Another important concern in CT screening is reader variability, which can be substantial; radiologists vary in their ability to detect small nodules, in the measurement of the nodules detected, and even in whether they classify a visible abnormality as suspicious for cancer [17, 18]. Computer programs that help detect and measure lung nodules appear promising as a means of reducing this variability [19]. Better standardization of interpretation will be an important aspect of insuring the consistency of screening results and evaluating the effectiveness of screening across different populations and over time.

The low-dose CT scans performed for screening and surveillance of detected nodules entail a potential individual and societal burden of future radiation-induced cancer. The CT screening technique in the NLST delivered a mean effective dose of 1.4 mSv per scan [20], less than the approximate average annual exposure from natural environmental radiation sources in the U. S. of 3.1 mSv [21]. While the risks of a single screening examination are exceedingly low, the risks of repeated exposures over years of screening and follow-up are less certain. Recent estimates suggest that the number of lives saved by screening those at high risk would be far greater than the mortality due to radiation-induced cancers, but also that this may not hold for those at low risk such as younger people and nonsmokers [22-24]. This underscores the need to define carefully the appropriate population to be screened, again to avoid doing more harm than good.

Given the relatively high rate of false positive examinations leading to further follow-up of abnormalities eventually found to be benign, CT screening may have adverse effects on quality of life. The limited studies to date confirmed that those screened experience psychological distress while waiting for screening test results [25] and found that individuals with abnormal results perceived an increased risk of lung cancer and increased anxiety that diminished over time [26]. These findings suggest that patient education regarding the actual risk of lung cancer, known false positive rates, and expected benefits may help mitigate adverse psychological effects. The best methods of education have yet to be determined but, because many patients seek such information from their primary care doctor, physician education also may be needed.

Implementation of widespread CT screening raises many economic concerns. The expense includes not only the screening test but also the subsequent costs of imaging follow-up, other diagnostic procedures, and treatment. Note that because of the high false positive rate, the vast majority of people undergoing additional imaging and other diagnostic testing will not have lung cancer. Estimates of the cost-effectiveness of CT screening depend on assumptions such as the cost of the screening CT, the false-positive rate, the number and type of diagnostic tests and procedures and their costs, the stage distribution of cancers detected, treatment methods and costs, and mortality rates. Whereas previous studies found that the cost per quality-adjusted life year saved would be less than $50,000 (the amount at present generally accepted as the upper limit for being cost-effective) [27, 28], studies using NLST data estimate substantially higher costs [29, 30]. A pending cost-effectiveness analysis from the NLST, based on cost data collected from actual screening, should provide even more realistic estimates. Ultimately, policy makers must weigh the value of screening against the expected burden of the cost to the rest of society.

Lee and Forman noted that, regardless of its return on the dollar, CT screening would be an additional expense to the health care system that would reduce resources available for other societal goals. While a dramatic solution is needed to reduce significantly the deadly effects of lung cancer, the value of screening may seem less impressive when one considers that overall mortality from any cause in the NLST was only 6.7 percent lower in the CT arm. This most likely reflects, in part, the lack of an effect of CT screening on the high mortality resulting from other smoking-related diseases such as atherosclerosis, chronic obstructive lung disease, and other malignancies. Would the financial resources needed for widespread CT screening be of better use in large-scale, intensive smoking prevention and cessation efforts that might reduce all smoking-related morbidity and mortality over the long term?

Since the publication of the NLST results, CT screening has been endorsed by several major medical organizations. The American College of Chest Physicians, the American Society of Clinical Oncology [31], and the American Lung Association [32], now recommend screening for persons who meet NLST eligibility criteria. The National Comprehensive Cancer Network [33] and the American Association of Thoracic Surgeons (AATS) [34] made a broader recommendation to include those as young as 50 and those who have as few as 20 pack-years of smoking, if they have other risk factors such as asbestos exposure, chronic obstructive pulmonary disease, or a family history of lung cancer. The AATS guideline extends the upper age limit to 79 years and includes annual screening for individuals who have been treated for primary lung cancer and have had 4 years of radiographic surveillance without evidence of recurrence. An update to the lung cancer screening guidelines of the U.S. Preventive Services Task Force, which influences Medicare coverage decisions in addition to providing guidance, is pending. All groups emphasize that screening should be conducted with multisubspecialty teams that include radiologists, pulmonologists/internists, thoracic oncologists, and thoracic surgeons, and all highlight the importance of including smoking cessation efforts.

The role that CT screening will play in our health care system is unclear. In contrast to 2007, when Lee and Forman observed increasing momentum for screening despite scientific uncertainty and a lack of official endorsement, there is now strong supportive evidence and professional society endorsement, but minimal demand from patients or their physicians. There are several possible reasons for this: primary care physicians may be inadequately informed, they may be unconvinced of the benefit to their eligible patients, and only a limited number of insurers now cover the screening test. Whether screening for lung cancer will become routine for millions of at-risk individuals will depend on careful assessment of mortality benefit, risks, and costs by makers of public policy. 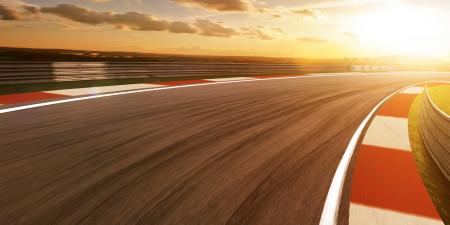 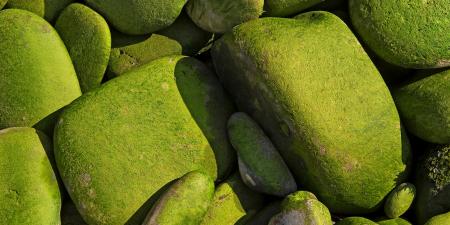 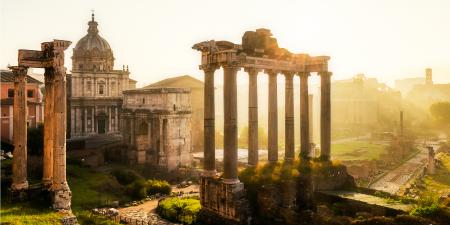 National Quality Forum Guidelines for Comparing Outcomes and Resource Use