Mr. Reading is a 45-year-old inmate serving a life sentence for double homicide. A former alcoholic and drug addict, Mr. Reading suffers from hepatitis C and symptoms of end-stage liver disease. Dr. Reardon was asked by the prison staff to evaluate Mr. Reading's eligibility for a liver transplant. Once Dr. Reardon makes arrangements to add Mr. Reading's name to the United Network for Organ Sharing (UNOS) list of those awaiting transplants, UNOS will consider only his medical need and no other factors. Before giving his "OK," Dr. Reardon wants to consider the likelihood that Mr. Reading will comply with follow-up treatment and how likely is it that he will remain drug- and alcohol-free for the rest of his life. Dr. Reardon knows that if Mr. Reading is eventually granted a transplant, his medications will be regulated by the prison staff until he dies and that all illegal drugs and alcohol are banned behind bars. In this sense, Mr. Reading seems like an excellent candidate.

In his work outside of the prison, Dr. Reardon treats several patients who will soon need to be added to the UNOS list; all of them have families and strong support networks despite low family incomes. Knowing that his assessment will have a significant impact on who receives available organs, Dr. Reardon is torn about whom to recommend for placement on the UNOS transplant list.

The provocative story of Mr. Reading, an alcoholic and drug addict incarcerated for murder who will die without a liver transplant, asks us to consider how society should allocate its limited resources. To balance the issues raised by this case one might begin by reviewing how organs are currently allocated in our country.

In 1984 Congress passed the National Organ Transplant Act (NOTA) which assigned the task of equitable organ distribution throughout the United States to the private, nonprofit organization known as UNOS (the United Network for Organ Sharing) [1]. Over the years, via vigorous public discourse and careful analysis of outcomes, UNOS has developed an individual policy for each organ that reflects the unique medical considerations for that particular type of transplant. Since dialysis can prolong the life of those with renal failure, candidates for a kidney transplant can afford to wait; thus one's place on the wait list is predicated on the length of time one has been on the list. This system is fairness-based, in that each candidate is treated equally. For liver transplantation, the decision was made to prioritize patients based on their medical status and, hence, urgency of their need. This justice-based system stands in contrast to the kidney allocation procedures, which are based on waiting time and a strict notion of fairness.

To identify the neediest patients for prioritization in liver transplantation, UNOS adopted the MELD (Model for End-stage Liver Disease) algorithm in 2002. The MELD formula assigns a score from 6 to 40 that represents the patient's medical status based on three laboratory values: total bilirubin, INR (international normalized ratio), and serum creatinine. Researchers at the Mayo Clinic developed this score to more accurately predict 3-month mortality rates for a heterogeneous group of liver failure patients [2]. The MELD score is objective, reproducible, and based solely on laboratory data. It reliably predicts who will die without a liver transplant and is currently the dominant measure used nationally to distribute liver grafts.

There is no specific UNOS requirement that consideration be given to a candidate's ability to participate in posttransplant care, how one came to have end-stage liver disease, or to a candidate's societal worth and contributions (or conversely societal debt and crimes). Thus Dr. Reardon should disregard the etiology of Mr. Reading's liver failure (hepatitis C is currently the most common indication for liver transplant, alcohol is second, both together rank third) and calculate his MELD score. Mr. Reading's ability to comply with medical care after transplant might be deemed a potential positive outcome predictor, and his incarceration should not be a factor. It's strictly sickest first. If Mr. Reading were predicted to die before other patients who are also waiting for a liver donation, he would be given preference over the doctor's other patients. Asking Dr. Reardon to balance the competing nonmedical interests of Mr. Reading and other patients is inappropriate; UNOS is charged with such determinations. The doctor should aggressively advocate for adding Mr. Reading to the UNOS list with the guiding mantra being "sickest first."

A case with circumstances similar to those described for Mr. Reading occurred in California in 2002. A 31-year-old prison inmate with congestive heart failure was admitted to the Stanford University Medical Center in need of a heart transplant. He had been twice convicted of armed robbery and was incarcerated at the time, serving a lengthy sentence. This man became the first prisoner to receive a heart transplant, and a storm of protest arose following the procedure [3]. The intuitive response of most was that felons have violated the rules of society and ought to be punished, not rewarded with society's most precious assets. There was a sense of outrage over the inherent injustice of awarding high-quality, costly care to a criminal at public expense when millions of law-abiding citizens remained uninsured and unable to afford similar care.

The transplant community may well wonder whether voluntary donation rates would drop if organs were routinely allocated to recipients that the public objected to so fundamentally. On the other side of the debate, however, supporters of allowing prisoners to receive transplants point out that society is morally obliged to provide those it has placed in prison with food, shelter, safety, and medical care and that deprivation of those has been judged by the United States Supreme Court to be a violation of the constitutional protection against cruel and unusual punishment [4]. Most believe further that prison is ideally designed to rehabilitate and reintroduce wayward citizens to society and that needed medical care should be considered part of the investment in their return.

UNOS has published a position paper entitled "Regarding Convicted Criminals and Transplant Evaluation" which states that excluding those convicted of crimes from receiving medical treatment, including organ transplants, is illegitimate [5]. The paper notes that convicted criminals are sentenced by the judicial system only to a specific punishment, i.e., incarceration, fines, or probation, not to additional punishment such as inability to be considered for medical services. Their paper reasons that most criminals are not sentenced to death but are expected to return to society and be deemed worthy of being treated like others. Thus justice dictates that a person's status as a prisoner should not preclude him from consideration for a transplant. Societies might even be judged by the degree of humanity and mercy they show their most vulnerable members.

Mr. Reading should therefore be given equal consideration by the physician for a liver transplant based on his medical need.

Physician Empathy in Correctional Facilities: Still in Need of Analysis 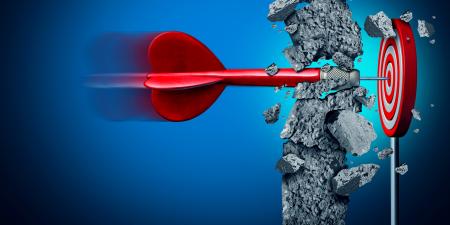