Increasing reliance on statistics for treatment and clinical risk assessment not only leads to the reductive interpretation of disease but also obscures ambiguities, distrust, and profound emotions that are important parts of a patient’s lived experience of illness and that should be regarded as clinically and ethically relevant. Enabling critique of the limitations of statistics and illustrating their hegemonic impact on the patient’s experience of illness, graphic medicine emerges as a democratic platform where marginalized perspectives on illness experiences are vindicated. Through a close reading of two carer narratives, Mom’s Cancer (2006) and Janet & Me: An Illustrated Story of Love and Loss (2004), we illustrate how graphic pathographies represent experiential features of illness that are obscured by overreliance on statistical data.

Statistics in Clinics and Comics

“Your survival rate is 10%!” the oncologist pronounced after a quick glance at the pathology report of our friend. Although the physician was objectively stating our friend’s chances of survival, it had a paralyzing impact on us. Five years has passed since his diagnosis of lung cancer; today, our friend is a successful entrepreneur and a motivational speaker inspiring thousands of cancer patients with his survival saga. In retrospect, the physician’s statistical assertion inspired dread in him and all those who were close to him each day. Today, we are relieved that reality was far different from those figures. It was during this span of 5 years of uncertainty that we came across a website called graphicmedicine.org as well as numerous other online sources about illness and survival. The website featured several comics that boldly explored those aspects of illness and health care that physicians and the medical system at large don’t convey to patients.

The increasing reliance on and ritualistic use of medical statistics for treatment, risk assessment, and other related purposes not only leads to the reductive interpretation of disease but also obscures the ambiguities, distrust, fear, and profound emotions that are important aspects of a patient’s lived experience of illness. In Illness as Narrative, Ann Jurecic characterizes such a chasm as “a fundamental incompatibility”1 between personal experience of illness and statistically mediated measurement. Through critiquing and exposing the limitations of statistics and illustrating their hegemonic role and impact on patients’ experience of illness, graphic medicine—the intersection of comics and health care—emerges as a democratic platform where marginalized perspectives on illness experiences are vindicated. Although several text-based illness narratives document the private psychosomatic sufferings of patients and caregivers, as we have written elsewhere, “the structural singularity and formal affordances of the comics medium” that extend into “the subjective realities of sufferers” make graphic medicine unique.2

In reading graphic pathographies, we have been intrigued by several passing references to the impact of biostatistical data on patients. For instance, in Emily Steinberg’s 2014 webcomic on her medical experience of infertility, Broken Eggs,3 the physicians guarantee the success rate of an infertility clinical trial and coerce her to undergo treatment, promising her that “it worked 70% of the time.”3 Despite repeated failures, the author is made to suffer various treatments until she is squarely categorized as “damaged goods.”3 Her resentment is encapsulated in her repetition of the physicians’ remark, “you are damaged goods,” and in her crouched posture. Here, not only does the physicians’ obsessive reliance on success rates generate false hope in Steinberg, but also their unsympathetic response to her clinical status demeans her personhood to “goods.”

In this article, we do a close reading of two cancer narratives written by caregivers, Brian Fies’s Mom’s Cancer (2006)4 and Stan Mack’s Janet & Me: An Illustrated Story of Love and Loss (2004),5 in order to expose the medical establishment’s obsessive reliance on statistics and to further illustrate how graphic pathographies intimately convey the patient’s and family’s experience of illness, which is not captured by statistics. Notably, we show that these 2 graphic pathographies function as a critique of biostatistics in that they not only demonstrate the negative impact of statistics on patients but also expose incongruities in statistics-based risk assessment. In so doing, these graphic pathographies reveal what it means to be human in the age of biomedicine.

In his graphic memoir, Mom’s Cancer, Brian Fies delineates his mother’s struggle with metastatic lung cancer and the practical and emotional impacts of the disease on his family using the affordances of comics. “The Five Percent Solution” particularly illustrates the emotional impact of statistical information on Fies’s mom (whose name is Barbara). The physician’s remark on her chance of recovery after radiation and chemotherapy (“Keep it up and you’ll be one of the five percent who makes it!”4) induces emotional turmoil and perturbation in mom, signified by mom’s depiction as silent during the drive home from the physician’s office, followed by her expressing a sudden profusion of frantic doubts over the phone, such as “What did she mean by ‘five percent’?,” “Does that mean five percent from now?”4 Fies’s illustrations following the oncologist’s statement about mom’s 5% chance of recovery capture the anxiety and despair that we experienced more than 5 years ago in the oncologist’s cabin when the 5-year survival rate in the US for stage IV nonsmall cell lung cancer was less than 5%.6 The horror and disbelief with which mom accepts the news that only 5% of the people with her diagnosis survive drowns her in conflicting emotions of contentment and trepidation, provoking Fies to comment thus: “her strength floats on a fragile bubble of hope and confidence” that could easily burst.4

Fies conveys the intensity of mom’s bewilderment in a single-panelled page of her shaved head against a dark background with her mouth agape and tears rolling down her face (see figure 1). Her raised eyebrows and disbelief (“five percent?!”4) express her desperation to know whether she is among the 5% who will survive. Although she had been drawing strength from “a bit of deliberate ignorance,” Fies recollects how the physician’s invocation of statistics had been “very demoralizing” (written communication, March 24, 2018). Validating the individual patient’s experience, graphic pathographies not only concretize intangible emotions but also constitute an affective language. Although statistics such as survival rates are based on observations, analysis, and calculations, they erase the individual’s identity, undervalue the existential and visceral dimensions of illness experience, and leave patients and families constantly vexed about the patient’s chances of survival.

Janet & Me: An Illustrated Story of Love and Loss, published 2 years before Mom’s Cancer, also delineates the determinative role of statistics and their impact on the patient’s experience of illness. In so doing, the memoir expresses skepticism about physicians’ overreliance on population-based statistics, which may, in many instances, prove wrong in individual cases. For instance, Laura, the physician, unrestrainedly follows the 70% success rate of the chemotherapy drug trastuzumab and prescribes it for treating Janet’s breast cancer. Although Laura describes the drug as “the wave of the future,”5 suggesting the medicine’s potential to destroy cancer cells, it does not cure Janet. Elsewhere, Mack remarks that the new drug, despite its ineffectiveness, has exhausted Janet’s energy and subsequently worsened her physical condition.5 If the drug’s 70% success rate gave Janet false hopes, the news of our friend’s 10% chance of survival had a devastating impact that plagued us throughout the course of 5 years. Physicians’ and the medical establishment’s overreliance on statistics for prescribing and prognosticating reduces patients to specimens in a clinical trial.

In their defense of the subjective experience of illness via verbal-visual codes, graphic pathographies validate individual experience. Graphic pathographies characterize the experience of illness as a complex movement between doubt and hope, anxiety and comprehension, thereby challenging the completeness and absoluteness of statistics, such as recovery rates. The above-analyzed graphic pathographies taking the form of comic vignettes critique overreliance on biostatistics not only through illustrating their material and emotional implications but also through imagining a result at least as extreme as the one statistically prognosticated. While Mom’s Cancer delineates the impact of survival rates on mom, which alters her perception of life and death forever, Janet & Me illustrates the physician’s obsessive reliance on statistics at the cost of individual lives. Fies attests to the unavoidable impact of statistics on patients when physicians “confuse groups with individuals” (written communication, March 24, 2018). He observes that responsible physicians, on the other hand, would regard statistics to be meaningful for populations but not individuals. Rather than being oriented to fulfil their ethical duty to disclose every fact about a patient’s illness, Fies argues that, in practice, “physicians and others have to gauge how much their patients will understand and whether that understanding will help or hurt their treatment” (written communication, March 24, 2018).

Graphic pathographies such as these inform physicians about the need to contextualize statistics better and to communicate more effectively and empathetically with patients. While both memoirs acknowledge the importance of biostatistics, they also attend to the undue reliance on statistics for treatment and risk assessment; after all, as Jurecic reminds us, “survival cannot be completely explained or accounted for by statistics.”1 In essence, graphic medicine exposes the negative effects of statistically arbitrated notions of health and illness by conveying a patient’s affective experiences of the (un)certainty of life.

How Should a Stigmatized Diagnosis Be Conveyed? How What Went Wrong Is Represented in Swallow Me Whole

How Should We Judge the Ethics of Illustrations in Graphic Medicine Novels? 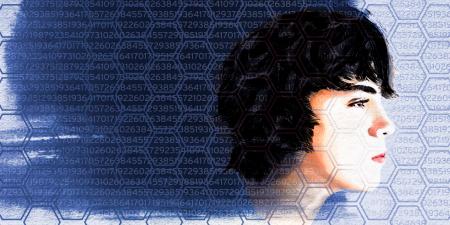 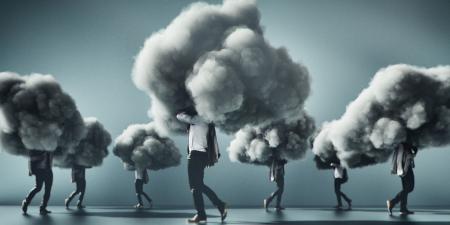 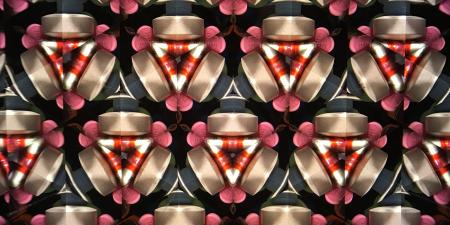 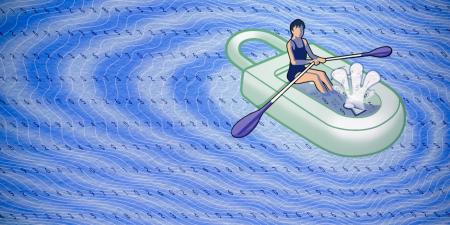