KKI recruited families with small children already living in these homes to take part in the study. The families were paid for allowing KKI to take periodic dust, soil, water, and blood samples. The effectiveness of the various abatement procedures was assessed "by measuring the extent to which the . . . healthy children's blood became contaminated with lead, and comparing that contamination with levels of lead dust in the houses over the same periods of time."1

Two children who were involved in the KKI study later sued. Ericka Grimes resided in one of the study homes from her birth in 1992 until her family moved in 1994. Grimes's blood lead level steadily increased throughout the experiment. She contended that KKI was aware of the lead paint hazards in the home. Grimes alleged that KKI breached its duty to the research subjects by not fully explaining the dangers of lead paint to children in the consent form that the families signed to participate in the study. Grimes also claimed that KKI "failed to warn in a timely manner or otherwise act to prevent the children's exposure to the known presence of lead."2

Myron Higgins began living in a partially lead abated home in May 1994. Higgins argued that KKI was also aware of the dangerous increase in the level of lead in his blood from periodic blood samples, and failed to inform his mother of these unsafe and escalating levels. As with Grimes, the consent form signed by Higgins' mother did not contain a clear disclosure by KKI that the children might accumulate potentially dangerous levels of lead in their blood as a result of the experiment, and that the effects of elevated blood lead range from damage to the central nervous system and kidneys, to irreversible behavioral problems, to death.3 Both Grimes and Higgins lawsuits based negligence claims on the theory that KKI performed the study in a manner that increased, rather than decreased, the children's exposure to lead.

KKI moved for summary judgment on the grounds that it did not owe a duty to the appellants and that no contract or "special relationship" existed between the researchers and the study subjects. The circuit court granted KKI's motion. The Court of Appeals of Maryland held that the circuit court erred in granting the motion because the determination of whether a "special relationship" existed between KKI and Grimes or Higgins involved a genuine issue of material fact. The rulings for both appellants were vacated (annulled), and both cases were remanded for new proceedings.

The Court of Appeals began its analysis with a review of the KKI consent form that both appellants signed. The court determined from an examination of the record that all necessary components needed to create a valid contract were present. Further, by having appellants sign the consent form, "KKI and the appellants expressly made representations, which, in [the court's] view, created a bilateral contract between the parties."2 In this nontherapeutic study, the court concluded that the consent form created a contract.

The court distinguished the fact that the parents, not the study's subjects, signed the consent forms in this study. In the instance of "true" informed consent, the subject weighs the risks against the benefits and demonstrates a true understanding when deciding whether to consent. Implicit in informed consent is the subject's access to "all material information."2 Despite this distinction, the court found that a contract existed between the researcher and the subjects.

The court further found that the special relationships that evolve from certain interactions between researcher and subject gave rise to duties that, if breached, may result in a cause of action for negligence. Where the risk involves personal injury, privity of contract need not be shown and "the principal determinant of duty becomes foreseeability."4 Here, lead contamination was foreseeable and even contemplated, since the level of lead in the children's blood would aid the researchers in measuring the effectiveness of the different abatement interventions. Therefore, the court found that an express contract was not necessary to maintain an action for negligence.

The court found that governmental regulations could create yet another way that a special relationship is established between researchers and study subjects. In the absence of a Maryland code, federal regulations provide standards of care for human research subjects. Where funding is provided by a federal agency, the Code of Federal Regulations (CFR) requires that any study using human subjects comply fully with informed consent requirements. Specifically, any new significant data that evolves as the study matures that may affect "the subject's willingness to continue" should be shared with the subject (45 CFR S 46 116).

The court noted that there was "more than minimal risk involved" in the KKI study and that increasing blood lead levels were detected in some research subjects. Further, under federal regulations and established ethical medical standards, children should not have been used to measure the effectiveness of partial lead abatement interventions.

Finally, the court held that parents cannot consent to exposing their children to a health risk that has no therapeutic value or benefit to the child even if for the "greater good" of society.5 The court relied upon its long-standing policy of considering the "best interest of the child" in reviewing KKI's claim that it obtained adequate informed consent from the children's parents before issuing the study. The court insisted that a parent "may not consent to have a child submit to painful or potentially life-threatening research procedures that hold no prospect of benefit to the child."6 The court put the burden on the researchers, assigning them primary responsibility for protecting children from harm in nontherapeutic research studies.

The court noted that the parents should have been told that it was likely that their children would ingest lead dust particles and that lead dust contamination would be measured in the children's blood to determine the success of the study. Additionally, the parents should have been informed that there was a chance that lead would actually accumulate in the children's blood. Because the consent form did not clearly make the parents aware of the potential harm to their children, the court deemed the agreement invalid and reversed the finding of the lower court.

Grimes v Kennedy Krieger Institute illustrates that society's interest in new and perhaps beneficial research may at times be in conflict with the interests of the individuals who are participating as research subjects. When the individuals participating in the study are children the issue becomes even more complex. In this case, the court struck a balance between this ethical conflict by creating Maryland law that aggressively protects innocent children from potential harm and, in doing this, ultimately protects the health and welfare of society. In delineating 3 alternative ways a "special relationship" between researcher and human subject can be created, the Court of Appeals provided a flexible framework in which an injured research subject may seek redress. The court has emphatically stated that a vulnerable child will not be used to test potentially hazardous theories better left to a subject who is a well-informed, independent adult. 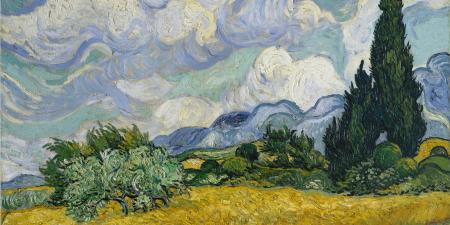 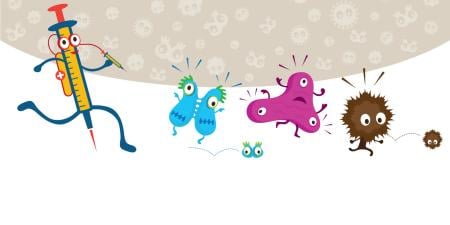