As physicians (and trainees), we are often at the front lines, facing societies’ ills with our patients as our windows into spaces and worlds we may not be living in. We are taught in medical school how to accurately classify the various types of cardio-renal syndrome or recognize diagnostic criteria for lupus or the side effects of digoxin, but discussions of civil and human rights issues are often lacking. Perhaps this is because these issues make us uncomfortable and the science of medicine feels more exact, or perhaps it is because we feel helpless against large social structures that make violations of rights possible.

In the context of health and health care, a commitment to social justice means believing that everyone ought to be able to avoid preventable disease and escape premature death. Far too often, gross inequities mean that some groups succumb to disease and death disproportionately, while others’ advantages protect them, due to disparities in health care provision, political persecution, social strife, racial discrimination, and a plethora of other factors.

Therefore, this issue of the AMA Journal of Ethics was conceived to highlight the abuses of rights that some health care professionals have participated in, to underscore that vigilance is required to ensure that we are doing right by those whom we serve, and to propose an active, concrete role for physicians in the struggle for social justice.

Two powerful pieces by South African physicians highlight the systemic injustices of the apartheid era. Wendy Orr’s narrative recounts her experience as a whistleblower physician alerting the public to the human rights abuses perpetrated in South African jails against black detainees. Keymanthri Moodley and Sharon Kling complement Dr. Orr’s piece by describing the role of doctors and the Medical Association of South Africa in these apartheid-era prisoner abuses.

South Africa is not the only place where physicians have engaged in egregiously unethical conduct without dissuasion or punishment from medical societies or criminal courts. As Stephanie Bi and Tobin Klusty explain, physicians in several countries forcibly sterilize HIV-positive women for spurious pseudomedical reasons not supported by science. Steven H. Miles examines medical societies’ role in a worldwide lack of accountability for physicians who participate in torture and proposes steps to reverse it. And G. David Elkin and I discuss the American Psychological Association’s failure to prohibit members’ involvement in torture. This month’s excerpt from the AMA Code of Medical Ethics states in no uncertain terms that physicians should not participate in interrogations or developing interrogation methods.

The ethics cases in this issue highlight very real social justice issues that physicians face. J. Wesley Boyd explores the ethical implications of force-feeding prisoners; the Israeli medical establishment recently advised physicians not to participate in the force-feeding of Palestinian prisoners on hunger strike despite a recently passed law that allows it [1]. Although same-sex marriage was made the law of the land by a recent Supreme Court ruling, full social equality is another story. Judith Palfrey comments on a case of a physician who is reluctant to care for the child of two mothers, underscoring physicians’ social responsibility to avoid discriminating against classes of people and to contribute to the expansion of access to care for marginalized people. And, in their peer-reviewed piece, Aaron Wightman and Douglas Diekema urge readers to look past the assumption that undocumented immigrants are inappropriate candidates for organ transplantation.

Paradoxically, even attempts at humanitarian aid run the risk of ignoring the voices of the vulnerable people they intend to help. Amos Lichtman and Mohit Nair identify barriers to introducing drones and satellite imagery analysis—well known for their military applications—into humanitarian aid.

This issue also suggests ways physicians can be forces for good. Hanni Stoklosa, Aimee M. Grace, and Nicole Littenberg describe a human rights framework for educating physicians about how to identify, protect, and care for victims of human trafficking. The White Coats for Black Lives national working group proposes four actions the medical profession should take to strive toward racial equity in our health care system. Andrea S. Christopher and Dominic Caruso provide an update on the progress of the right to health movement in the US in the period after the passage of the Affordable Care Act and propose further reforms. Tobin Klusty and Stephanie Bi describe the Supreme Court’s role in ensuring affordable care for citizens in states that did not create their own health insurance exchanges. Finally, in the podcast, Joia Mukherjee describes how Partners in Health seeks not merely to contain disease outbreaks but to bolster developing countries’ health care systems through multilateral funding and cooperation.

Choosing not to see injustices does not mean they are not occurring. Structural violence exists. Racism exists. Homophobia exists. Human rights abuses exist. We are stewards of a profession that requires us to do no harm, but, beyond that, to help everyone live healthy and productive lives. We have to take our patients’ biopsychosocial contexts—the neighborhoods they live in, the work they do, and the lives that they live—into account.

With that understanding, Dr. Martin Luther King Jr.’s words resonate: “Injustice anywhere is a threat to justice everywhere. We are caught in an inescapable network of mutuality, tied in a single garment of destiny. Whatever affects one directly, affects all indirectly” [2]. Social justice is not merely a nice idea but a crucial part of our responsibility to promote health. We must participate in addressing inequalities and abuses so that all people are able to achieve health, defined by the World Health Organization as “a state of complete physical, mental and social well-being and not merely the absence of disease or infirmity” [3]. We hope this issue challenges preconceived notions of the role physicians ought to play in safeguarding human and civil rights and sparks insight into how to join the struggle. 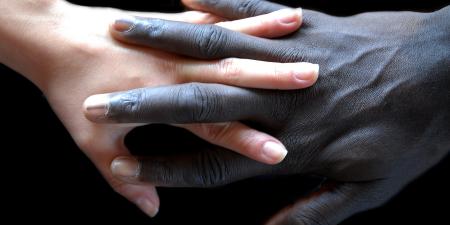 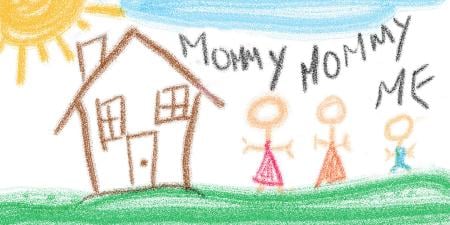