Racism is one of the major causes of health problems in the United States. Between 1970 and 2004, the Black-white mortality gap resulted in more than 2.7 million excess Black deaths [1], making racism a more potent killer than prostate, breast, or colon cancer [2]. Physicians are intimately involved with institutions that contribute to the victimization of Black people and other people of color. As is widely documented, Black and Latino patients are less likely to receive the care they need, including adequate analgesia, cancer screening, and organ transplants [3-6]. This is due both to physician bias and to the health care payment structure’s financial disincentives for the care of people of color [7]—clinicians are paid less to care for patients who are uninsured, underinsured, or publicly insured, and these patients are disproportionately people of color. As a consequence, people of color are often denied access to the health care they need [8, 9].

These disparities in access to health care exacerbate the harm that social structures and policies cause to the health of people of color. Black and Latino people are disproportionately victimized by police violence, mass incarceration, and poverty [10-12]. Moreover, despite perceived improvements, rates of racial segregation across the country remain comparable to levels in the 1940s, and people of color face discrimination in their efforts to access adequate housing, quality education, and meaningful employment [13-16]. The harmful effects of structural inequity are augmented by the subjective experience of racism: for example, awareness of one’s race is correlated with increased diastolic blood pressure among Black patients [17].

Addressing racism and its consequences, therefore, should be a central task of American medicine; physicians must work both within and outside the health care system to eliminate inequities in access to and delivery of care. Health professionals and community organizations ranging from the Black Panther Party to the National Latina Institute for Reproductive Health have long proposed effective strategies for addressing racism to improve the health of people of color, including expansion of free clinics, increased research on diseases affecting people of color, and legislative establishment of paid parental leave [18, 19]. Recent incidents and protests in Charleston, Baltimore, New York, and other cities across the country have reminded us of the urgency of acting on these and other proposals to address racism in medicine.

In particular, we, as members of the National Working Group of the medical student organization White Coats for Black Lives, suggest four ways that physicians and other health professionals can immediately pursue racial justice. The first is to more aggressively recruit, support, and promote Black, Latino, and Native American people in medicine to ensure that the physician workforce reflects the diversity of the United States. Black and Latino people represent roughly 30 percent of our nation’s population but make up only 8.5 percent of the physician workforce [20]. Physicians of color are more likely to provide care for America’s underserved communities, and patients of color report higher satisfaction when their doctor shares their racial background [21-23]. Despite the Association of American Medical Colleges’ Project 3000 by 2000 [24], the past three decades have witnessed little growth in the population of Latino, Black, and Native American physicians [20]. Increasing the numbers of Black, Latino, and Native American doctors is a key step in eliminating health inequities.

Secondly, hospitals and practices must take action to eliminate the significant impact of implicit racial biases on the care of patients of color [7]. To counteract these subtle forms of racism, institutions must routinely administer implicit association tests to their medical staffs to make them cognizant of their unconscious biases and then train their medical staffs to consciously overcome those biases when delivering care [25]. Furthermore, hospitals should create formal and informal structures to encourage accountability for incidents that may have involved racism. This can be done by fostering a work environment that makes it safe for colleagues to question each other’s biased actions and by using structured venues such as morbidity and mortality conferences to discuss ways that racism may have impacted the quality of patient care.

Thirdly, physicians should join community members in advocating for a single-payer health care system as a means of eliminating cost-associated barriers to care. In addition to improving access for all patients, a single-payer system would eliminate insurance-status discrimination and ensure that reimbursements for services provided to white patients and patients of color are equal.

Finally, health care workers must recognize that our responsibility to our patients goes beyond physical exams, prescriptions, and surgical interventions; we must work to alter socioeconomic and environmental factors, including structural racism, that directly affect our patients’ health. The manifestations of structural racism are varied and ubiquitous; addressing them will require joining movements to increase the minimum wage, end criminalizing school discipline practices, and develop mixed-income housing, among many others. In doing so, physicians will need to partner with and take direction from community members who have experienced systemic oppression and are dedicated to working to dismantle it. We will not be able to solve the problems of racism in our society and in our health care system without the input of those most affected by it. In working to combat structural racism, physicians must not only listen to people of color in their practices and communities, but also amplify those voices while advocating for equitable social structures. The privilege that physicians possess within society and within the professional hierarchy of medicine provides them with power that can be used to spearhead policy changes to advance racial justice locally and nationally. Using this “physician privilege” to advocate for social change is necessary if we are to eradicate the systemic illness that is racism. 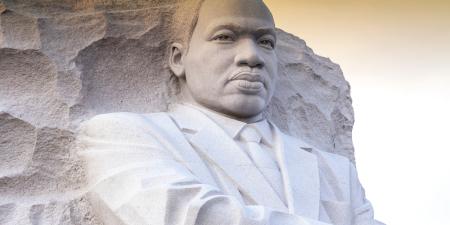 Health and Social Justice: The Role of Today’s Physician