Puerto Rico is experiencing a public health crisis driven by effects and processes of US colonialism in the archipelago, such as the exclusionary application of federal health policy, an exodus of health care professionals, and the long-term effects of unequal distribution of health care funding in the unincorporated territories. Compound effects of multiple disasters, including Hurricane María, repeated earthquakes, and the COVID-19 pandemic, as well as relentless privatization and fragmentation of the health care system, have led to very poor health outcomes. Puerto Rico’s case clearly shows the negative effects of colonialism on public health. This article specifies what decolonization requires from a public health standpoint to promote health equity.

Puerto Rico has been experiencing a public health crisis since the 1990s, driven by limited resource allocation for preventive health care for residents of Puerto Rico, austerity policies in response to a massive debt crisis, and primary care privatization.1,2,3 Compared to other jurisdictions in the United States, Puerto Rico has worse health outcomes, such as higher rates of preterm births, asthma, diabetes, cardiovascular disease, HIV/AIDS, gender-based violence, food insecurity, incarceration, and homelessness, among other outcomes.4,5 Colonialism is literally killing Puerto Ricans.

It is well established that the health of communities is negatively affected by the social, political, and economic impacts of colonialism.6,7 Some scholars have argued that colonialism is a social determinant of health, resulting in a state of forced dependency and lack of self-determination in the face of structural challenges that adversely affect living conditions.8,9 Puerto Rico is an exemplary case in this regard, as its history demonstrates how social processes associated with colonialism—such as extractive economies, forms of unequal citizenship, and extreme labor exploitation that have formed part of both Spanish colonialism from 1493 to 1898 and US colonialism thereafter—have undermined public health as well as human and civil rights like education and disaster aid.10 In particular, Puerto Rico’s political subordination to US federal policy has led to the degradation of the public health care system through measures such as chronic underfunding (for example, through its exclusion from the provisions of the Affordable Care Act) and through the fragmentation and privatization of local health care systems. Health inequities in Puerto Rico are rooted in forms of social inequality generated by colonial ideologies and institutions. As a result of Puerto Rico’s lack of full political representation and self-determination (ie, US colonialism), public health in the archipelago is not equitable, nor is it generally responsive to the needs of the population it serves. We argue that US colonialism is the main sociostructural determinant of health in Puerto Rico.

Puerto Rico’s health care system was once exemplary. The regionalization of state health services in the 1960s increased access to care and quality of life for many.11 The 1970s and 1980s saw an increasingly significant state retreat from social welfare policies, as also occurred in the United States at the time. From the early 1990s through the first decade of the 21st century, Puerto Rico’s regional system of health care was replaced by one organized around notions of efficiency and the desirability of privatization as a way to improve services.1,3,12 Privatization models have been implemented widely across socioeconomic infrastructures in Puerto Rico (eg, transportation, telecommunications, education, and energy), largely to detrimental effect.13,14,15,16 The health care privatization model and subsequent efforts have functioned as a form of intensive value extraction for US corporations, as well as an opportunity for politicoeconomic assimilation to the United States for those whose ambition it is to see Puerto Rico become a US state by its mirroring US public health processes. Puerto Rican government efforts to facilitate political assimilation through public policy reform reflect colonial dynamics that induced Puerto Rican institutions to conform to US efficiency standards. Instead of a dignified and effective public system, health care in Puerto Rico has become a market commodity under the colonial regime of US health capitalism. These changes have aggravated health inequity in Puerto Rico, especially in marginalized and underresourced communities, and resulted in ineffective public health.9

Historically, political relations between the United States and Puerto Rico have not favored the archipelago. Public health imperialism has worked against Puerto Ricans, evidenced by well-known examples of discriminatory, racist,17,18 and abusive approaches, including forced sterilization programs and Malthusian experiments with contraceptives between the 1930s and the 1970s,19 radiation experiments on Puerto Ricans in the 1950s,20 the testing of Agent Orange and other deforestation agents,21,22 and attempts to test dubious insecticidal approaches during the 2015 Zika outbreak.23 Notably, the US government’s catastrophic disaster response to Hurricane María in 2017 led to an estimated  2975 excess deaths in the 6 months following the hurricance,17 and it severely exacerbated preexisting health inequities.18,19,24,25 Over time, many underserved communities have been disenfranchised, facilitating the continuation of exclusionary policies and putting lives at risk across generations.

Human-driven climate disruption leading to more frequent ecological catastrophes complicates this panorama, with an increasingly active cyclone season, larger and stronger storms, and significantly higher storm surges posing serious dangers to coastal communities.26 For example, Hurricane María, which devastated Puerto Rico in 2017, was only 1 of 6 major hurricanes that year.27,28 In addition, the eastern Caribbean region is very seismically active, with multiple earthquakes having occurred since December 2019 that have displaced hundreds of people. The spread of the SARS-COV-2 virus to Puerto Rico in early 2020 placed additional stress on failing social infrastructure and health institutions already dealing with the effects of compounding disasters—post-hurricane pandemic life amidst ongoing earthquakes.29,30,31

Despite Puerto Rico’s intended role as a Cold War “showcase for democracy”32,33,34 and US-style capitalism, the archipelago’s more than 120 years as a US territory have significantly contributed to the contemporary health crisis, which is characterized by hospital closures, a mass exodus of health professionals, poor health outcomes, and the imposition of fiscal austerity measures to curb public spending on health care and education.35 In response to the large public debt, and given that Puerto Rico is excluded from bankruptcy protections under chapter 9 of the US Code of Federal Regulations, Congress authorized the 2016 Puerto Rico Oversight, Management, and Economic Stability Act (PROMESA),36 which called for the creation of a Financial Oversight and Management Board (FOMB) for Puerto Rico to oversee Puerto Rico’s finances. The FOMB, known colloquially in Puerto Rico as La Junta, has implemented austerity measures that favor large, US-based investors in highly speculative debt arrangements over public spending to support the population’s health.18,19

Puerto Rico’s more than 120 years as a US territory have significantly contributed to the contemporary health crisis.

PROMESA’s austerity regime is one of the most deleterious aspects of contemporary US colonialism in Puerto Rico, compounding the impacts of natural disasters, such as earthquakes and hurricanes, as well as human-driven climate disruption. Combined with the effects of shipping restrictions contained in the Jones Act (enacted in 1920) and widespread corruption, austerity policies have led to the stripping of social assets (eg, government retirees’ pension cuts, including health care insurance, which aggravate inequities in health care access)37 and abandonment of the public sphere.38 The effects of austerity on public health are palpable, including unmanaged mental health problems that can lead to interpersonal violence, as well as a high prevalence of diabetes and cardiovascular disease.12,39,40,41 Residents of Puerto Rico—especially people with mental and physical disabilities, municipality island residents, rural residents, sexual and gender minorities, women, Afro-Puerto Ricans, Indigenous Puerto Ricans, and Dominicans and other migrants—struggle with a lack of dignified health care access.42

These austerity programs represent an imperialist form of governance that sacrifices and destroys the health of Puerto Ricans in favor of securing profit for wealthy investors. PROMESA’s false promises reflect a long-standing reliance on the legal ambiguities and racialized inequalities ensconced in the congressional doctrine of unincorporation (ie, a permanent state of social, economic, and political limbo or a state of nothingness), which affects not only Puerto Rico but also the US Virgin Islands, the Mariana Islands, Guam, and American Samoa.43,44,45

PROMESA-driven measures have also left Puerto Rico in a precarious position with regard to managing the COVID-19 pandemic by increasing preexisting health risks and exacerbating health inequity.38 In addition, Puerto Rico has faced several challenges in combatting the pandemic, including having to compete against states to secure protective gear, test kits, and vaccines during a time when the federal government was unconcerned with the impact of the pandemic on the jurisdiction.46 The structural inequities and racist, colonial discrimination against communities in Puerto Rico by the US government represent a serious risk to the population in future public health emergencies.

Public health infrastructure in Puerto Rico has significantly worsened because of socioeconomic and political decisions and the passage of PROMESA, which exacerbated health inequities in the archipelago.47 However, public health governance could be improved through the application of a reparative social justice model and international human rights frameworks and standards. Furthermore, one way decolonization could be pursued would be through the reinstatement of Puerto Rico on the United Nations’ list of non-self-governing territories in need of decolonization.48 Such an effort could support Puerto Rico’s self-determination and political autonomy through internationally recognized decolonizing mechanisms (eg, independence or free association as an independent state).48,49

How can this harmful situation be resolved in the service of enhanced public health and increased social power? As our diagram shows (see Figure), colonization is embedded in every aspect of society and represents a constant force generating oppressive conditions for colonized peoples and places. Yet decolonization as a sociocultural process and practice has always been present in resistance to colonialism and slavery. And it continues to this day, particularly as a social, economic, and cultural process.28,49,50 Although decolonization is certainly complicated, it is nonetheless necessary and arguably inevitable as a collective process of democratization.

Figure. The Impact of Colonialism as a Sociostructural Determinant of Health

Colonialism is the most significant sociostructural determinant of health and the root of health inequities in Puerto Rico. Colonialism precludes the fundamental right to self-determination and offends the dignity of the colonized, which affects public health and well-being. The unethical nature of La Junta in Puerto Rico reflects the fundamentally undemocratic nature of US colonial power in the archipelago. The remedy for colonization is reparations and a process of self-determination, which are necessary for the full enjoyment of human rights, including the right to health.

Author Interview: “How Is Colonialism a Sociostructural Determinant of Health in Puerto Rico?” 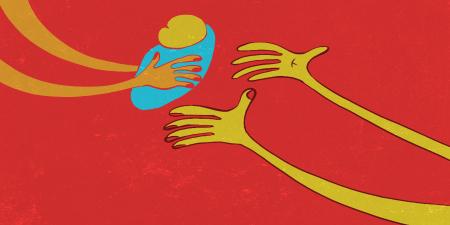 Why Restoring Birth as Ceremony Can Promote Health Equity 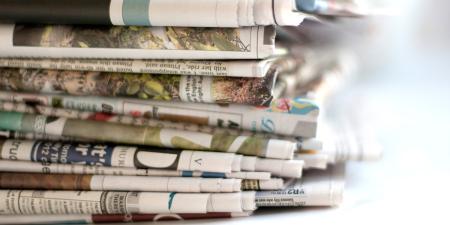 Latino Invisibility in the Pandemic 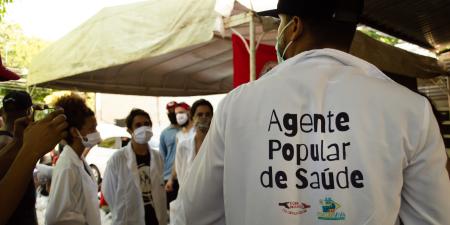 Why Community Health Workers’ Roles in Latinx Communities Are Essential 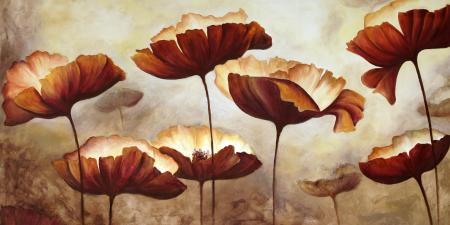