Patients who might benefit from some form of vascularized composite allotransplantation (VCA) can be expected to have prior long-standing relationships with one or more primary care professionals or specialists who are well-positioned to help patients make well-informed decisions about whether and when to pursue VCA. Helping patients decide requires becoming familiar with VCA, its various forms, eligibility criteria, prior and possible outcomes, and potential risks and benefits. This article shares key points for helping patients.

Vascularized composite allotransplantation (VCA) is the name now used for transplantation of complex anatomical structures composed of multiple tissue types. The term reconstructive transplantation has also been used in the literature since around 2009.1 Reconstructive transplantation reflects the involvement of plastic surgeons who perform other reconstructive procedures. Until recently, the term composite tissue allotransplantation was more common.2,3 Several different forms of VCA have been attempted over the past 23 years, with varying degrees of success in terms of both graft viability and patient quality of life. In 1996, a German team began a series of 6 knee transplants, all of which failed due to vasculopathy.4 In September 1998, a French team performed a unilateral hand transplant on a man from New Zealand who experienced loss of his original hand in an accident with a circular saw. At first considered a success, the graft had to be removed 28½ months later because the recipient had discontinued antirejection medications.5 The first genuinely successful VCA was a unilateral hand transplant performed in 1999 by Warren C. Breidenbach and his team at Louisville in the United States.6 That graft has now been maintained with good function for more than 20 years.7 In addition to knee and upper extremity VCAs, the field includes lower extremity,8 esophagus,9 larynx,10 abdominal wall,11 penis,12 uterus13,14,15 and craniofacial transplants.16

All forms of VCA remain relatively rare. Upper extremity VCA is the most common, with approximately 100 patients worldwide having undergone the procedure by 2018.17 Craniofacial transplantation, which began in 2005, had been performed 44 times by the end of 2018.18 And uterus transplantation is currently being performed in an increasing number of patients.13 Upper extremity, craniofacial, and uterine VCA are intended to address the needs of individuals whose upper extremities have been lost or are absent; major craniofacial disfigurement, including loss of function; and primary uterine infertility. Thus, these 3 types of VCA and their impacts on recipient quality of life will be the focus of attention in the remainder of this article.

Like solid organ transplant (SOT) candidates, potential VCA recipients must meet various criteria for general health and be matched with an appropriate donor.19 Payment for VCA transplantation is not available through private insurance, Medicare, or Medicaid, so patients in the United States are selected for grant-based programs (eg, Department of Defense grants for upper extremity and face or institutional grants for uterus) after rigorous evaluation of their physical condition, psychosocial well-being, and social support.16,17,20

Because living with any transplanted organ involves substantial burdens and significant risks, it is especially important that prospective patients demonstrate emotional stability, adaptability, and strong coping skills.21 Ironically, this requirement means that many individuals who might be excellent candidates are not interested in VCA, as they have adapted well to their current condition and are uninterested in taking on VCA’s risks and burdens. Meanwhile, many who are eager or even desperate to undergo VCA are not good candidates. Failures in patient selection have been blamed for several poor outcomes in VCA, including poor function and graft loss resulting from recipients choosing not to participate fully in physical rehabilitation and failing to adhere to the immunosuppression protocol.22 It should be noted that recipients’ noncompliance can arise from the tremendous demands recipients face and the burdensome side effects of immunosuppression, which will be explored in more detail below. Nonetheless, proper patient selection has been a challenge from the outset and remains so.12,23,24

Outcomes in upper extremity transplants in the United States and Western Europe have ranged from excellent to dismal. In the United States, as of 2011, 2 patients had maintained their grafts for 10 years or longer with good function—that is, function superior to prostheses though not equal to that of the natural extremity.25 On the other end of the spectrum, 4 patients have lost their grafts as a result of rejection.26 Other patients have experienced outcomes that fall between these 2 extremes.

Uterus transplantation is unique among VCAs in that it has a clear definition of success: the live birth of a healthy child. Outcomes have been encouraging, with several births resulting from live donors in both the United States and Sweden,31 and recently the first live birth following transplant from a deceased donor was reported from Brazil.32 However, significant complications have been reported, including bleeding, thrombosis, and infection requiring urgent graft removals.31,33

Because VCA is not necessary to preserve or extend life, its justification is that it might improve the quality of life. Unfortunately, in the literature much more attention has been given to measurements of graft viability and function than to quality of life assessment. Herrington and Parker addressed this lacuna recently in a report of 5 narrative case studies, but more research is needed.34

Upper extremity, craniofacial, and uterine VCA each present significant burdens and risks while holding the potential for substantial benefits. These benefits include functional, aesthetic, and psychological improvements. Upper extremity recipients can gain greater independence in activities of daily living and, along with craniofacial recipients, might gain confidence in their appearance, which allows them to be less self-conscious while socially active. Craniofacial recipients might experience restoration of the ability to eat by mouth and have improvements in speech. The obvious benefit to uterus transplant recipients is realizing their goal of giving birth to a healthy child.

However, the potential for such benefits is accompanied by significant burdens and risks. Upper extremity VCA—and, to a lesser extent, craniofacial VCA—requires rigorous and time-consuming physiotherapy to restore function.16,35 All forms of VCA share the burdens and risks of major surgery and long-term immunosuppression. In uterine VCA, the burdens and risks associated with immunosuppression are more limited because the uterus is removed and immunosuppression discontinued after the recipient has given birth to the desired number of children. (Current research protocols permit a maximum of 2 children per recipient due to risks of long-term immunosuppressant use.31,33,36) For upper extremity and facial VCA, immunosuppression is required as long as the graft remains in place. As is known from solid organ transplantation (SOT), the likelihood is high that long-term immunosuppression will lead to serious complications (ie, viral, fungal, and bacterial infections; hypertension; new-onset diabetes after transplantation; dyslipidemia; chronic kidney disease; and malignancy).37,38,39,40 The high risk of such complications could be acceptable when the goal of transplantation is to extend as well as to enhance life. However, as mentioned, VCA aims only at improving quality of life, and the complications of immunosuppression can negatively affect a recipient’s posttransplant quality of life and even lead to an earlier death. Common side effects of immunosuppression, such as oral ulcerations, gastrointestinal problems, weight gain, hirsutism, hair loss, depression, or heightened anxiety, might also have a profound negative effect on the recipient’s quality of life.41,42,43

What is also known from SOT is that nearly all transplanted tissues are eventually rejected, despite immunosuppression. The half-life of major transplanted organs (ie, kidney, heart, liver, lung) ranges from 6 to 15 years.44 It is reasonable to anticipate a similar half-life for VCA. Potential recipients should therefore expect the eventual loss of the graft. As noted above, uterus transplants are intended to be removed before rejection can reach a critical stage. For craniofacial recipients, graft loss due to chronic rejection can be fatal.16 For upper extremity recipients, rejection typically leads to a significant decline in function before the grafts are removed.4

The psychological burdens and risks of upper extremity, craniofacial, and uterus transplantation are also substantial. As the literature on adherence in SOT shows, living with a transplant is psychologically as well as physically demanding. Complex immunosuppression and physical therapy regimens can become burdensome.42 Stress and a desire to escape some of the side effects of immunosuppression can cause some patients to take “medication holidays” despite the increased risk of rejection.45 The difficulties of posttransplant life are often underestimated by candidates,46 who, once they become recipients, might become discouraged and experience decreased desire to participate in rehabilitation or even to retain the graft.

For those who meet the rigorous eligibility requirements, an informed decision to undergo any form of VCA requires both extensive knowledge and careful weighing of burdens, risks, and potential benefits. Most potential patients are unlikely to be able to gather and analyze this information, in part because it is difficult to access and in part because it is difficult for those without some professional training to understand. In particular, potential patients might have difficulty understanding how long-term physiotherapy, a strict regimen of immunosuppression, and the side effects of immunosuppression can impact their quality of life. Medical professionals, including primary care practitioners and specialists who have a long-standing relationship with potential patients, can play a critical role in facilitating robust informed consent processes by exploring these issues with them. 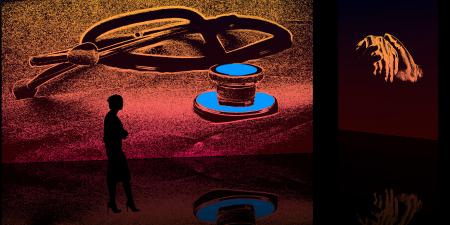 Representing Communication, Compassion, and Competence in the Era of AI 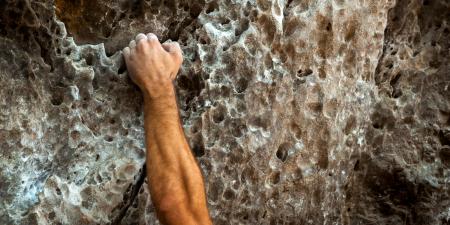 In Experimental Hand Transplantation, Whose Views About Outcomes Should Matter Most? 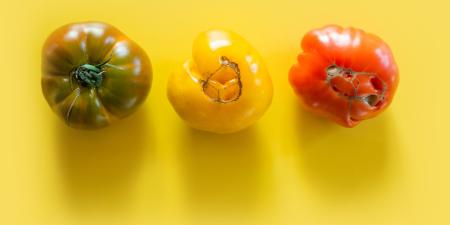 What Do Unusual Faces Teach Us About the Ethics of Recognition? 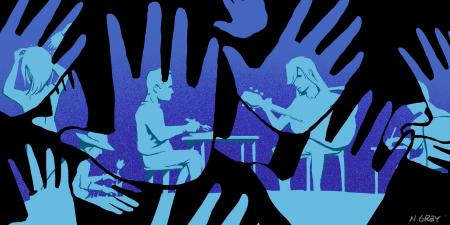 What’s Missing in Our Thinking About Quality of Life in VCA?