Mandatory reporting of persons believed to be at imminent risk for committing violence or attempting suicide can pose an ethical dilemma for physicians, who might find themselves struggling to balance various conflicting interests. Legal statutes dictate general scenarios that require mandatory reporting to supersede confidentiality requirements, but physicians must use clinical judgment to determine whether and when a particular case meets the requirement. In situations in which it is not clear whether reporting is legally required, the situation should be analyzed for its benefit to the patient and to public safety. Access to firearms can complicate these situations, as firearms are a well-established risk factor for violence and suicide yet also a sensitive topic about which physicians and patients might have strong personal beliefs.

After a painful breakup with his long-time girlfriend, Thomas struggled to get over feeling angry about his girlfriend’s decision to end their relationship. Specifically, Thomas was unable to sleep well, despite trying numerous over-the-counter sleep aids. He decided to make an appointment with Dr. B to get a prescription for something that might help.

Dr. B asked, “How long have you had insomnia, Thomas? Can you tell me a little more about when this started?”

Thomas explained, “I just moved here. I started a new job. But I had trouble sleeping before that.” He added, his tone becoming angry, “when my girlfriend dumped me.”

“That sounds really hard for …” Dr. B began, but Thomas cut her off.

“Then she called the cops because she was freaked out about my gun. She told the cops I was threatening her and threatening to kill myself.”

“And had you?” Dr. B asked. Thomas was silent. Dr. B continued, “I see on the form you completed that you checked ‘yes’ about having been admitted to a psychiatric hospital. Does that have anything to do with what happened during your argument with your ex-girlfriend?”

Thomas sighed and then responded, “Yes, I was taken that night by the police to the hospital and evaluated briefly.” He continued, “But I’m not crazy. I just can’t sleep now. Every time I think about her … I just want to make her go away. Get rid of her forever. And maybe get rid of myself too,” he muttered, as his anger became evident again.

“And your gun? Is it still in your possession?” Dr. B asked.

Dr. B began, “Thomas, what you’ve shared with me makes me concerned about your own and your ex-girlfriend’s safety. In this state, I’m required to report concerns like that.”

Thomas stared at Dr. B. “What!?” he exclaimed. “I thought this was confidential!”

Since the beginnings of Western medicine in the days of Hippocrates, patient confidentiality has been an important ethical responsibility of the physician. In the Hippocratic Oath, considered by many to be the first known guidelines written for medical ethics, physicians vow that “What I may see or hear in the course of the treatment or even outside of the treatment in regard to the life of men, which on no account one must spread abroad, I will keep to myself, holding such things shameful to be spoken about” [1]. Various, more modern versions of ethical codes for physicians, like the American Medical Association’s Code of Medical Ethics, have reinforced the Hippocratic Oath’s emphasis on confidentiality [2, 3]. In this article, we discuss a case in which the physician is faced with a situation in which breaking confidentiality might result in reducing her patient’s risk of violence and suicide.

In 1996, the federal government passed the Health Insurance Portability and Accountability Act (HIPAA) to standardize the expectations of patient confidentiality surrounding protected health information (PHI), which comprises any health care information that can be linked to a specific individual, such as diagnostic or treatment information [4]. With this increased regulation came increased sanctions for violations and physicians’ growing concerns about both their ethical and legal duties concerning confidentiality [5]. However, HIPAA’s implementing regulations describe particular exceptions in which it is appropriate to break confidentiality, particularly in circumstances when a failure to do so could result in harm to the patient or to society [6].

One type of exception involves threats made by a patient to harm him- or herself or another person. HIPAA’s implementing regulations allow disclosure of PHI when disclosure “is necessary to prevent or lessen a serious and imminent threat to the health or safety of a person or the public; and … is to a person or persons reasonably able to prevent or lessen the threat, including the target of the threat” [6]. The persons “reasonably able to prevent or lessen the threat” might be law enforcement, family members, or the victims themselves. The key term “imminent” is not defined, but in studies of violence prediction, imminence has been taken to mean time measured in days to months [7]. In addition to the HIPAA exception for imminent danger, most states have laws that mandate or permit disclosureof PHI in the event of a threat [8].

Despite their importance in risk assessments, firearms can be a difficult and anxiety-provoking topic for physicians, particularly when they are not personally familiar or comfortable with guns. In such situations, physicians must consider how the firearm might affect their risk assessment. Depending on their personal experience with guns, physicians might have varying levels of concern about or comfort with the implications of a firearm’s involvement in a given case. They might also be hesitant to question a patient further on the topic, as they might be concerned about offending the patient by asking about what many perceive to be a private issue. However, ascertaining the types of guns owned, how they are stored, and if the patient has any intentions of using them are important components of risk assessment.

In general, approaches used with other sensitive topics apply in asking about guns as well [12]. Introductory statements that normalize the discussion can be useful, such as “Many of my patients are firearm owners, and, as a physician, I try to address any related health or safety concerns.” It is helpful to focus on statements that emphasize collaboration, respect for Second Amendment rights, and the goal of changing access temporarily (rather than permanently) [13]. For example, the physician could say, “Some gun owners with suicidal thoughts choose to make their gun less accessible. Are you interested in talking about that?” [14]. Use of the “designated driver” analogy might be helpful, as this concept—of not having the car keys while temporarily at risk of crashing—is one most have heard of. When faced with an analogous situation of a person temporarily at increased risk of violence or suicide, a physician could consider counseling the patient without directly asking about firearm access, as the questioning (and recording of responses in the medical record) might be particularly uncomfortable for some patients [15].

Counseling about reducing firearm access should be collaborative and focused on supporting the patient’s autonomy in choosing a safe storage option. Options for storage include out-of-home storage with a family member or friend or at a range, gun shop, or other business, although state laws may dictate which of these options is legal or requires a background check [16]. In-home strategies to reduce firearm access include the use of various locking devices and disassembling the firearm. If Thomas is unwilling to temporarily turn his guns over to someone else for safekeeping, Dr. B could bring up options such as lockboxes, cable locks, or gun safes to reduce immediate access [17].

When Is Reporting Required?

Physicians also face the difficult task of deciding whether or not the situation constitutes enough of a risk to breach the patient’s confidentiality. In many cases, physicians might choose to tell the patient, as Dr. B did, that the information will be shared with another party. However, in situations in which this information might further agitate or anger the patient, physicians might decide not to disclose that they are reporting in the interest of their own safety or that of a third party.

Some states mandate that confidentiality be broken to report a threat of harm under certain circumstances. For example, California Civil Code 43.92, known as the “Tarasoff statute,” requires that if a patient makes “a serious threat of physical violence against a reasonably identifiable victim” to a psychotherapist, that psychotherapist is required to take steps to protect the intended victim [18]. This statute was based on a 1974 lawsuit against the university that employed a therapist whose patient had confided to him that he planned to kill a woman he had formerly dated, Tatiana Tarasoff [19]. The patient then acted on his threat. Many other states followed suit with similar reporting laws for mental health professionals or physicians in various circumstances in which there is a threat of violence. These laws vary from state to state as to whether disclosure of PHI is mandatory or permissible [8]. There is also considerable variation in the specificity of the threat the laws address. Some state laws require a clearly identifiable victim, while others refer only to threats to the public in general [8].

Despite their attempts at specificity, these laws often do not fit neatly onto real-life patient cases. In some jurisdictions, the statements made by the patient can meet the threshold at which a physician is mandated to report in order to warn or protect a potential victim. But where they do not, they would likely qualify as permissible reporting under HIPAA [6]. At that point, it is up to the physician to determine whether or not the potential harm of breaking confidentiality is outweighed by the potential harm of maintaining it. It might be helpful for the physician to approach this evaluation using the principles of beneficence and autonomy.

Beneficence in this case depends on what good may come from the decision to report these threats to a third party. If the threat falls into a gray area but appears unrealistic and so poses little danger, there might be little benefit in sacrificing patient rapport and autonomy. An example of a situation of this kind would be a patient in an institutionalized setting threatening to hurt someone in a different country whose whereabouts he is unsure of. However, in the particular situation specified in the case scenario, the patient knows the whereabouts of his potential victim and has the means (a gun) to inflict harm. While Dr. B might drastically reduce her rapport with her patient and the patient’s autonomy by not allowing him to make his own choices, disclosing information about his threats to his former girlfriend and exploring options to reduce his access to his gun in a time of crisis might save a life.

Physicians might be faced with difficult legal and ethical decisions in cases in which patients appear at risk of violence or suicide, particularly when firearms are involved. Discussions about the risks of firearms should be approached collaboratively so as not to diminish patient rapport. Additionally, physicians should be cognizant of when they are required to report concerns for violence or suicide and when they are permitted to do so. In situations in which such reporting is permitted, they should balance patient autonomy and beneficence with patient and public safety. 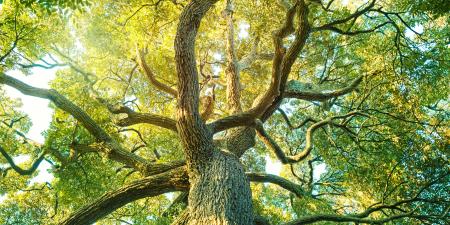 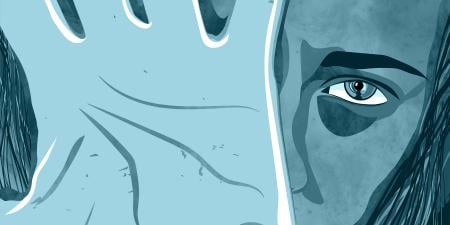