By examining mental illness through the lens of intimate firsthand accounts of caregivers and patients, including caregiver blogposts and a conversation between Liza Long and her son as recorded by StoryCorps, we demonstrate how new media can be leveraged to shift societal perceptions of those with mental illness from blameworthy potential perpetrators of terror to vulnerable persons in need of compassion and support. Exploring patient, caregiver, and societal roles through a close reading of new media firsthand accounts, we argue for shared responsibility in caring for those with mental illness and, in particular, for physicians to leverage their unique knowledge of the patient experience by promoting media coverage of stories of mental illness recovery.

In August 2013, after publishing a controversial online essay, Liza Long interviewed her 13-year-old son Michael (not his real name) for StoryCorps, a nonprofit founded in 2003 to house American stories in the Library of Congress. In the preceding months, Liza launched into the national spotlight as a mental illness advocate by providing her unique perspective as a mother of a boy whose violent rages and inconsistent behavior—due to bipolar disorder—frightened her. In her essay, “I Am Adam Lanza’s Mother” [1], Liza imagined her life resembling that of Lanza’s mother, who was killed by her son prior to his violent rampage in Newtown, Connecticut, which left 26 elementary school children and staff members dead. Lanza’s untreated mental illness renewed the national debate on mental health and violence and the misconception of their connectedness [2].

National coverage of mental health disproportionately focuses on violence, rarely exploring the lived experience of mental illness [3]. StoryCorps and online essay forums offer a different type of media, free from journalistic interpretation and capable of exploring the firsthand thoughts and feelingsof those experiencing depression, mania, or anxiety as well as the experiences of those persons’ loved ones. The StoryCorps interview, “Liza Long and ‘Michael’” [4], is a waypoint on Liza’s path to mental health advocacy and provides a rich source from which to explore mental illness in the medium of storytelling. In the spirit of StoryCorps, the interview gives rare insight into Michael, the person from whom Liza’s fear springs and her strength emanates.

Perspective of Person with Mental Illness

In the StoryCorps interview, Michael gives a rare personal account that provides a rich description of his experiences of rage associated with bipolar disorder. Liza opens their dialogue referencing a violent episode when Michael threatened suicide and was admitted to the hospital two days prior to the events at Newtown. Liza elicits Michael’s account of the physiological and emotional changes he experiences during a rage-filled episode: rapid heart rate; loss of control accompanied by feelings of powerfulness; and the unpredictable onset, nature, and course of the outburst. During the episode, he does not understand his feelings despite his ability to describe them vividly: “It almost feels like there’s some extraterrestrial being taking control of me and making me do all these crazy things. I feel powerful, like I have control, and yet I don’t” [4]. Despite this sense of powerfulness, Michael describes himself as “unlikable” because of these outbursts [4]. The vulnerability in his voice elicits sympathy from the listener—what teenager does not want to be liked?—and challenges the notion that those with mental illness are completely in control of their behaviors since Michael’s actions are misaligned with how he wants to live.

Liza remains hopeful in describing his improvement while Michael displays defeat, stating he would willingly accept cure even if it dramatically changes who he is: “I’d rather be cured because I’m done” [4]. Michael’s desperation, heard in his voice, implores the listener to feel sympathy for the uncontrollable nature of his mental illness, the incongruence between how he wants to act and how he acts when untreated, and his desperate desire for life to be different.

Blogposts like “I am Adam Lanza’s Mother” offer the national psyche what funerals offer individuals—a way to mourn following a tragic loss. Grief can be expressed as both secular and spiritual emotions, and Liza deftly weaves the two by employing a storytelling style that alternates between the reflective and the conversational. Heavily pulling from exchanges with Michael, Liza demonstrates this storytelling style while illuminating the relationship she has with her son, society, and herself. She writes,

On the intake form, under the question, “What are your expectations for treatment?” I wrote, “I need help.” And I do. This problem is too big for me to handle on my own. Sometimes there are no good options. So you just pray for grace and trust that in hindsight, it will all make sense [1].

Sue Klebold—the mother of Dylan Klebold, a shooter in the Columbine massacre—also employs this style in her writings about her son. Without censoring conversational tics, she uses a dialogue-heavy introduction to forcibly place her reader exactly where she was on the day of the Columbine massacre.

His [my husband’s] voice was breathless and ragged, and his words stopped my heart. “Susan—this is an emergency! Call me back immediately!”… With every cell in my body, I felt his [Dylan’s] importance to me, and I knew I would never recover if anything happened to him [5].

When told her son is the shooter, her writing is contextually haphazard and delivered in a fractured manner. This literary device allows the reader to experience the extensive range of emotions felt by Klebold and echoed by Long.

Despite the immediacy of the accounts of Klebold and Long, as caregivers, they are limited in their ability to understand the experience of the person who is ill. Liza’s writing restricts our voyeurism with her secondhand account of a person living with mental illness. She is not a third-person omniscient narrator, free to move through time and space, able to reveal the internal thoughts of those in her story. She can only write of what she knows. The blogs of Long and Klebold can be seen as a part of their autobiographical story—their story as the caregiver, their own view of self. They choose this medium as a tool of rationalized reflection on their own actions, thoughts, and words. In their story, as in anyone else’s, the author is the final arbiter of truth. As readers, we can only use Long’s and Klebold’s rationalizations as a way to comprehend their difficult situation, even if we only choose to resist any change in opinion and simply affirm what we think we already know.

By creating a forum for Michael, Liza delicately encourages society to accept its role in caring for vulnerable populations. Michael offers insight into a heartbreaking reality for many with mental illness: feeling “unlikable,” like he “didn’t have control,” he ultimately suffers so much that he prefers losing his personal identity in the name of a cure [4]. By allowing Michael to publicly express these appreciably human feelings, the conversation between Liza and her son lays the foundation for the public’s understanding that those experiencing mental illness share similar vulnerabilities—such as loss of control, compromised modesty—with other patient populations. However, the conversation between Liza and Michael reflects the need for changes in public perception when legal intervention is recommended as a “treatment” option for her son [7]. Regardless of the pathology, society faces a duty to provide for the health and welfare of those who are suffering.

In any illness, perceptions and roles—of patient, caregiver, clinician, and society—define experiences of illness. Firsthand accounts offer opportunities to reflect on the experiences of those subject to a debate so wrought with controversy that perceptions and reality exist as polar domains. The physician can serve as a rare conduit from patient to society, relaying the lived experience of persons with mental illness and caregivers through an intimate awareness of their vulnerabilities yet appreciating the impact of societal perceptions. Physicians can help bridge the divide through media training that might make them more willing to share their insider knowledge to promote stories of mental illness recovery [8], which make up only 14 percent of news stories about mental illness [3].

While our analysis in no way brings resolution, we enrich the conversation by illustrating the complexity of patients’ and caregivers’ roles and perceptions. By exploring how the experience of mental illness is humanized in new media firsthand accounts, we demonstrate that stories both respond to and seek to shift societal perceptions. In this light, we encourage more inclusive sharing of responsibility for those with mental illness and caregivers like Liza Long and, ideally, providing compassionate care and support.

Registries, Violence, and Threats of Harm

Author Interview: “When Experiencing Inequitable Health Care Is a Patient’s Norm, How Should Iatrogenic Harm Be Considered?”

When Experiencing Inequitable Health Care Is a Patient’s Norm, How Should Iatrogenic Harm Be Considered? 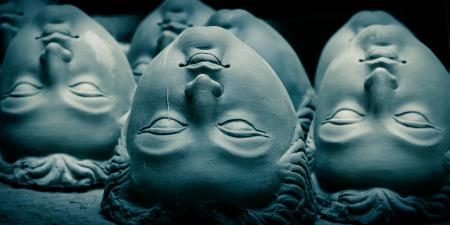 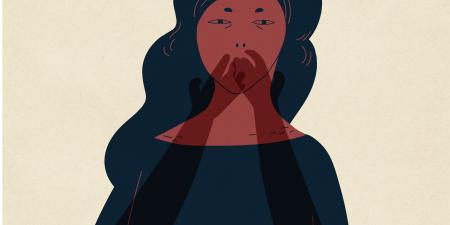 How Should Physicians Make Decisions about Mandatory Reporting When a Patient Might Become Violent? 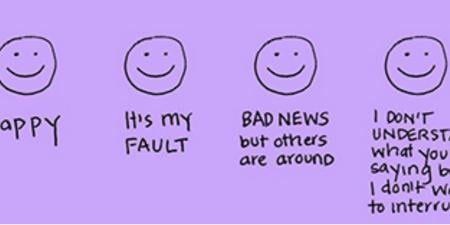