Street medicine clinicians and law enforcement officers share a common challenge. Both are frontline professionals positioned at the interface of large, inflexible systems and those experiencing street homelessness. Both professions face difficult challenges as they attempt to work with a population struggling with complex issues. That complexity can be magnified when their work overlaps. Yet little has been written to guide professional conduct in this overlapping terrain. This article will discuss how street medicine clinicians might fulfill their ethical duty to those in their care when interacting with their counterparts in law enforcement.

Street medicine1,2 is a relatively new medical field in which clinicians visit people living in camps, along riverbanks, in alleys, and in abandoned buildings. Essentially, clinicians make “house calls” to those who are experiencing street homelessness. This form of medicine addresses gaps in care and fulfills physicians’ ethical duty to provide equal care for all.3 Typically, street medicine clinicians sit with rough sleepers by their fires, on the pavement, or at other location for hours to listen to and understand the reality of those they serve. By starting the health care relationship outside the traditional structure of the health care system, street medicine clinicians are able to gain trust and solidarity with those on the streets. Much of the structural violence of the systems-centered encounter is avoided, and it becomes possible to rehumanize all involved. Relationships in which the patient is the subject, not the object, of their own healing narrative evolve organically.

Street medicine clinicians witness the profound alienation that those experiencing homelessness endure on a daily basis. It is common to hear rough sleepers say, “I’d rather die than go to the hospital.” This attitude stems from rough sleepers’ experiences of disrespect and a feeling that their issues are not taken as seriously by those in the “system.”4

When street medicine clinicians encounter first responders, they sometimes witness the disrespect that their patients describe. Overworked, frustrated staff can close ranks and treat those experiencing street homelessness with real hostility.5 This conduct may rightly be seen as a betrayal of professional ethics but also as a symptom of how first responders, such as law enforcement officers, are trapped in an often-thankless position. One paramedic in Santa Barbara, California, said, “I hate the homeless!” (who sometimes spat on her) but wanted to “work with them like you [street clinicians] do.” After becoming a street medicine volunteer, she exclaimed, “I love these people!” She was the same decent person but was now embraced by those on the streets as a friend rather than just a person in a uniform.

Street medicine clinicians often witness interactions between those experiencing street homelessness and law enforcement. Officers are thrust into difficult situations when called to respond to incidents involving those experiencing street homelessness. These calls can be in response to a person in distress, but more often they are generated by a citizen or business that is alarmed by someone whose behavior or appearance is of concern.One study in San Francisco, California, found that there were 98 793 police dispatches for homeless complaints in 2017.6 Police officers have limited tools (arrest or citation), and their arrival can trigger aggression by retraumatizing those living on the streets. These interactions can escalate and result in injury or, rarely, even death.7,8

As clinicians who practice street medicine, we have found that one of the central challenges of practicing street medicine in the same terrain in which law enforcement operates is understanding the boundaries of our professional authority. Within an office or hospital, our medical roles and responsibilities are clear. We have a contractual and ethical framework that is supported by law and professional guidelines. Street medicine seeks to take those standards out into the rough sleeping community. Because law enforcement officers have their own authority that is well established on the streets, the 2 professions’ authority overlaps in this geographical space. Navigating that overlap requires both groups’ mutual respect, collaboration, and professionalism.

Street medicine clinicians typically encounter law enforcement when they are concerned about the safety of those they serve and dial 911. The majority of such calls (made by street medicine clinicians) are for ambulance transport to a local emergency medicine department. When using 911, it is important to give the dispatcher a concise account of the crisis and identify yourself as a medical professional within a street medicine organization. Typically, police and firefighters arrive before the paramedics. When officers arrive on the scene, it is best to respectfully introduce yourself, then step aside, staying close enough to be consulted. If there is serious concern for violence, the clinical team should retreat entirely from the scene as soon as possible. It is important not to create an adversarial relationship with law enforcement. Indeed, interactions are an opportunity to develop a better working relationship with law enforcement officers.

Street medicine programs can improve their collaboration with law enforcement by having program representatives formally meet with officers to explain their role and discuss how best to work in concert. Typically, police chiefs or commanders are able to frame these meetings so that officers understand their value and mutual respect can be established. When officers are able to explain their own work and challenges, they are much more likely to be open to collaboration with street medicine clinicians. Police officers have required trainings in behavioral health and community engagement when street medicine representatives can join the faculty to provide information and explore the issues around homelessness more deeply.9 It is vital to get to know those individual leaders and officers who are willing to maintain collaborative relationships.

It is our moral and professional duty to address human rights violations or unjust conditions involving law enforcement.

Street medicine clinicians may witness specific human rights violations or systematic unjust conditions involving law enforcement. It is our moral and professional duty to address these injustices. It is appropriate to respectfully voice your concerns at the time. Individual instances should be documented in the same objective fashion that one would use in the medical record for other circumstances, such as intimate partner violence. Serious violations should be reported to the local Office of Municipal Investigations (OMI) or equivalent unit. This action has the advantage of bypassing early involvement of the police union, which can sometimes distort the investigation. Clinicians should support and counsel victims as they would any other patient. Street medicine programs should also have established relationships with legal services to assist victims and guide them through the legal process. Many programs have contacts with legal firms or with American Civil Liberties Union branches that are willing to take on such cases. Street medicine programs should join local committees addressing human rights violations and, if possible, facilitate those with lived experience to represent themselves to those in authority.

One recent development in street medicine has been the creation of formalized collaborations with law enforcement. These initiatives were largely generated by cities recognizing the need for mental health and social services when responding to crises on the streets in the wake of the Black Lives Matter movement. In Pittsburgh, for example, the Mayor’s Office, county government offices, law enforcement, street medicine organizations, and a wide array of community stakeholders created the Allegheny County Crisis Response Stakeholder Group to improve how 911 calls are managed.10 As a result, a team approach is being developed in which dispatch services can call upon mental health and street medicine clinicians to respond in tandem with police and other first responders.11 Onsite teams will have the ability and discretion to divert appropriate individuals to mental health, shelter, and medical services in lieu of the criminal justice system. As the project becomes operational, the results will be monitored to improve effectiveness.

A full discussion of the interface between law enforcement and street medicine is beyond the scope of this article. An examination of the liminal space between street clinicians and law enforcement, however, may help elucidate the ethical duty of the street clinician. For example, the most difficult and controversial situations arise when street medicine clinicians anticipate that calling the police might lead to a potentially dangerous escalation. It might be best in those cases not to call 911. Let us examine 2 examples.

Several years ago, in a suburb of Pittsburgh, the police were called to remove an intoxicated male known to be experiencing homelessness. When confronted, the man refused to cooperate and was warned that he would be tasered. He again refused to cooperate and was tasered repeatedly, but this action was not effective due to his layers of jackets. At this point, the officers threatened to release their police dog, which prompted the man to declare that, if so, he would kill the dog. The dog was released, and the man stabbed and killed the dog. At this point, officers pursued the man and shot him multiple times, killing him.12

More recently, a highly experienced street clinician and his team in Charleston, South Carolina, encountered 2 men they knew who were arguing. They were standing at a distance, both were drunk, and one had a small knife. One of the team members suggested they call the police, but the team leader determined that it would be better to deescalate the situation themselves. They were able to redirect both men and avoid involving law enforcement. Later, the team leader (who had good relationships with the police) shared his story with an officer who thanked him for handling the situation as he did (A. Woods, medical director of Charleston Street Health, oral communication, 2020).

Clearly, these examples are complex. The central issue in both is the exertion of control. In the first example, the rigid application of control had disastrous consequences. The second example centers on the ethical question of whether to exert control in what would be considered “street business” by involving the police. The team made the difficult decision to use their relationship skills instead. The basis of relationships on the streets depends on respecting the autonomy of those served. The same principle applies to working with people as they inject or even sell illegal substances. Law enforcement has no such option and therefore cannot achieve the same therapeutic relationships. It is an ethical obligation for street medicine clinicians not only to maintain trust, but also to work with law enforcement when necessary to protect those living on the streets.

Both law enforcement and street medicine are crucial to the well-being of those experiencing street homelessness. Each offers vital services that the other cannot provide to those in need. To date, there are few studies that explore street medicine best practices for interprofessional interactions, and more are needed. If effective collaborations between street medicine and law enforcement can be established, it would particularly benefit African American, Native American, and Latinx persons, who are overrepresented on the streets and who have experienced significant tension with law enforcement. Participatory research to identify ethical practices that reflect the voice and the needs of those living on the streets is also vital. If we can create a healing environment for those on the streets in partnership with law enforcement, we may set an example for the greater social healing our communities need. 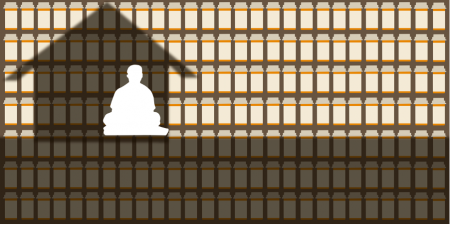 Homelessness Is an Ethical Issue in America 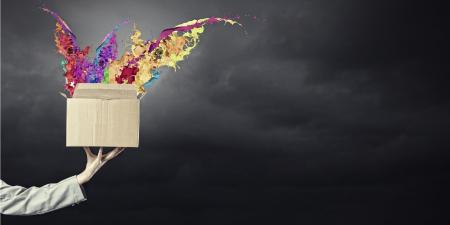 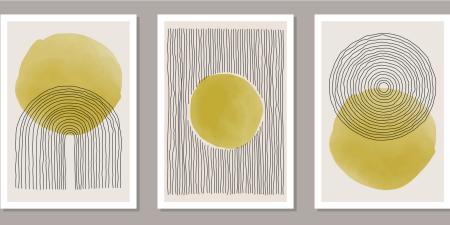 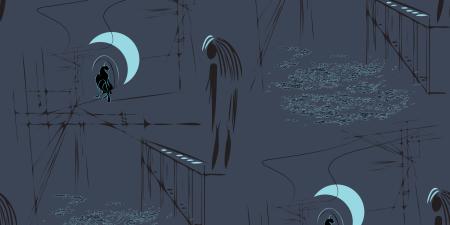